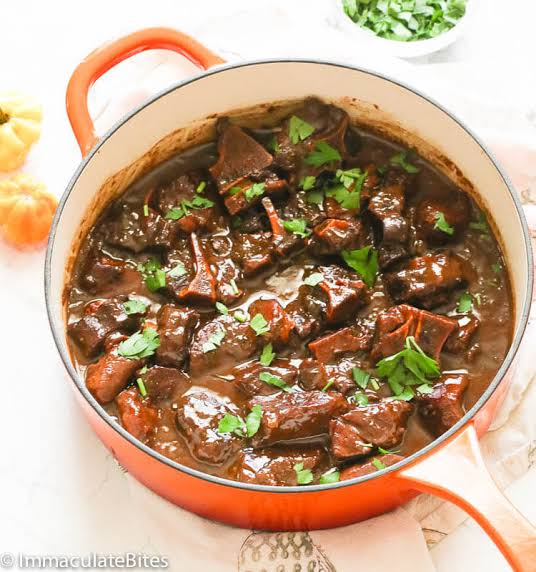 Caribbean cuisine is a fusion of African, Creole, Cajun, Amerindian, European, Latin American, Indian/South Asian, Middle Eastern, and Chinese. These traditions were brought from many different countries when they came to the Caribbean.In addition, the population has created styles that are unique to the region.One of such foods is PEPPERPOT 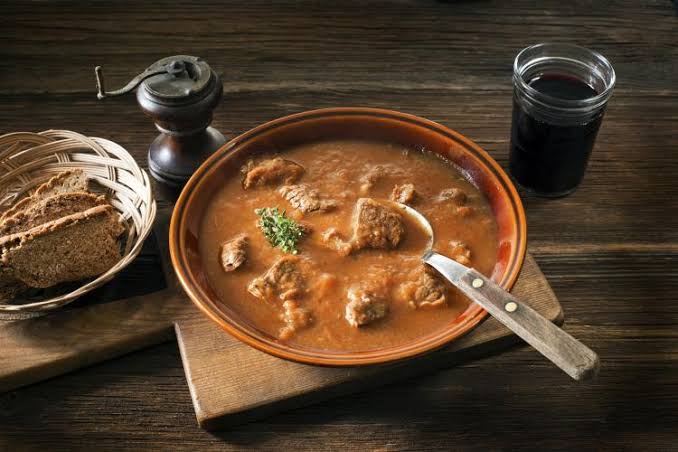 Over time, food from the Caribbean has evolved into a narrative technique through which their culture has been accentuated and promoted.

Pepperpot is a popular holiday meat stew in Guyana and the rest of the Caribbean simmered slow and low in a dark rich gravy flavored with cinnamon, brown sugar and cassareep (brown sauce) that makes the dish get better over the time. Uniquely appetizing!

Simmered in huge pots across the Caribbean, this thick and rich stew can include aubergine, okra, squash, potatoes and pretty much anything else that grows in the islands’ rich earth. In Pepperpot, Beef is the most common meat, while fungi – tasty cornmeal dumplings – add texture. It’s called souse in the Bahamas, which may refer to the condition of the cook given that no two recipes or even batches are alike.

Cooking the meat slow and low in a special flavorful sauce makes pepperpot a hit not just to the Guyanese but across the Caribbean.  Most people enjoy it as an everyday dish and its not just reserved for Christmas anymore.  Also this shouldn’t be confused with the Jamaican pepperpot. It’s made with greens and it’s totally different from this one  here.

Pepperpot has different variations but with one thing remains constant –  Cassareep.

Cassareep is a thick brown sauce used as a base for pepperpot. It comes from the juice of the cassava root, coupled with additional spices, that are boiled together until it becomes similar to that of a thick molasses reduction. It somehow smells like a burnt sugar.

The cassareep allows the meat to be preserved for days even left out on the stove top without going bad. Truly an unmatched cooking ingredient.

Cassareep can be bought in bottles at local West Indian or Caribbean stores and some Asian stores, too. Make sure to always get the authentic one though.

Recipe for pepperpot by @immaculateBites