Pictures Of Historical Sites In Africa 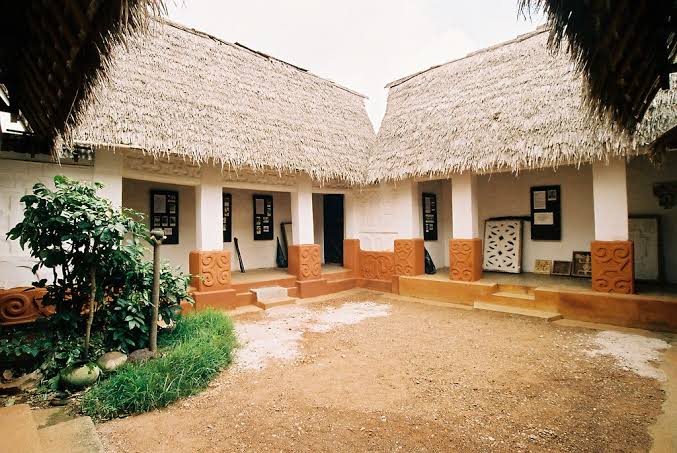 Because we love Africa and we adore our motherland, we are sharing breathtaking pictures of historical sites in Africa, that prove to you, that Africa has always been rich and civilized. 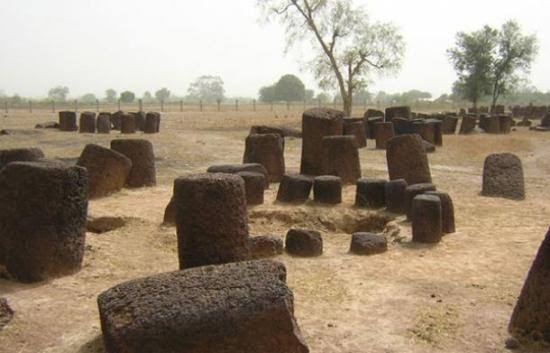 The site consists of four large groups of stone circles that represent an extraordinary concentration of over 1,000 monuments in a band 100 km wide along some 350 km of the River Gambia. The four groups, Sine Ngayène, Wanar, Wassu and Kerbatch, cover 93 stone circles and numerous tumuli, burial mounds, some of which have been excavated to reveal material that suggest dates between 3rd century BC and 16th century AD. Together the stone circles of laterite pillars and their associated burial mounds present a vast sacred landscape created over more than 1,500 years. It reflects a prosperous, highly organized and lasting society.

The inscribed site corresponds to four large groups of megalithic circles located in the extreme western part of West Africa, between the River Gambia and the River Senegal. These sites, Wassu, and Kerbatch in Gambia, and Wanar and Sine Ngayene in Senegal, represent an extraordinary concentration of more than 1,000 stone circles and related tumuli spread over a territory of 100 km wide and 350 km in length, along the River Gambia. Together, the four groups comprise 93 circles and associated sites, some of which have been excavated, some of which have revealed archaeological material and human burials, from pottery to iron instruments and ornamentation dating between the 1 st and 2nd millennia to our era. These four megalithic sites are the most dense concentration in the zone and have Outstanding Universal Value, representing a traditional monumental megalithic construction spread out over a vast area, with more than 1,000 stone circles scattered along one of the major rivers of Africa.

Kunta Kinteh Island is a historical small island in the Gambia River which joins the Atlantic Ocean. Its location in the middle of the river made it a strategic place to control the waterway. Visited by explorers and merchants in their search for a sea route to India it became one of the first cultural exchange zones between Africa and Europe. By 1456 the Island had been acquired by Portugal from local rulers and the construction of a fort began.

Kunta Kinteh Island and Related Sites form an exceptional testimony to the different facets and phases of the African-European encounter, from the 15th to the 19th centuries. The River Gambia was particularly important forming the first trade route to the inland of Africa. The site was already a contact point with Arabs and Phoenicians before the arrival of the Portuguese in the 15th century. The region forms a cultural landscape, where the historical elements are retained in their cultural and natural context. The properties illustrate all the main periods and facets of the various stages of the African-European encounter from its earliest moments in the 15th Century through the independence period.

The specific location of Kunta Kinteh Island and its Related Sites, at the mouth of the Gambia River, is a tangible reminder of the story of the development of the Gambia River as one of the most important waterways for trade of all kinds from the interior to the Coast and beyond. The specific, important role of the site in the slave trade, both in its propagation and its conclusion, makes Kunta Kinteh Island and it Related Sites an outstanding memory of this important, although painful, period of human history.

The spectacular Cirque de Leconi, a circular red rock canyon in Gabon, near the Congo border.

The open-air Museum of Nubia and Aswan brings together cultural properties closely associated with the historical unfolding of a long sequence of Egyptian Pharaonic history. In addition to the complexes of Abu Simbel and Philae the site includes the temples of Amada, of Derr, those of Ouadi Es Sebouah, Dakka and Maharraqah, the temple of Talmis, and the kiosk of ak-Kartassi, the temple of Beit el Ouali which are both rare and ancient. To these must be added the astonishing granite quarries of Aswan, exploited by pharaohs from early antiquity, where colossal unfinished obelisk-like monuments have been discovered.

Thebes, the city of the god Amon, was the capital of Egypt during the period of the Middle and New Kingdoms. With the temples and palaces at Karnak and Luxor, and the necropolises of the Valley of the Kings and the Valley of the Queens, Thebes is a striking testimony to Egyptian civilization at its height.

The historical Thebes contains the finest relics of the history, art and religion of ancient Egypt, of which it was the capital in its period of greatest splendour. Hundred of sovereigns, from pharaohs to Roman emperors, glorified the city with architecture, obelisks and sculpture. The exaltation of life found expression in the Thebes of the Living, identifiable in the fabulous site of Luxor and Karnak, on the right bank of the Nile, the site of the temples dedicated to the divine triad of Montu, Amon and Mut, while the celebration of death took shape in the Thebes of the Dead.

To the north-east of Kumasi, these are the last material remains of the great Asante civilization, which reached its high point in the 18th century. Since the dwellings are made of earth, wood and straw, they are vulnerable to the onslaught of time and weather.

Arranged around courtyards, the buildings are constructed of timber, bamboo and mud plaster and originally had thatched roofs. The unique decorative bas-reliefs that adorn the walls are bold and depict a wide variety of motifs. Common forms include spiral and arabesque details with representations of animals, birds and plants, linked to traditional historical styles As with other traditional art forms of the Asante, these designs are not merely ornamental, they also have symbolic meanings, associated with the ideas and beliefs of the Asante people, and have been handed down from generation to generation.

These are not all Africa the great motherland has to offer, this is just a Tip of the Iceberg. Visit Africa and learn about your heritage.