President Museveni Of Uganda, Sworn In For Sixth Term 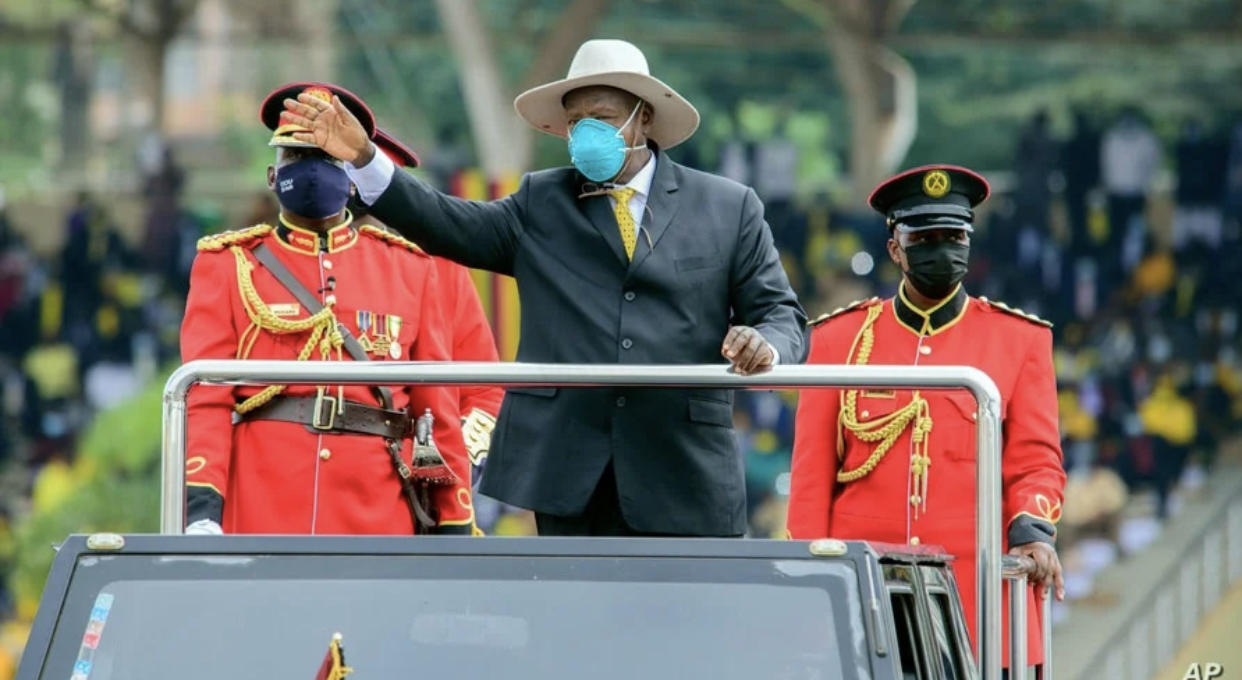 Uganda’s President Yoweri Museveni took the oath of office Wednesday and was sworn in to a sixth term in office, as he has been sworn in five times before.

“I, Yoweri Tibuhaburwa Kaguta Museveni, swear in the name of the Almighty God, that I shall faithfully exercise the functions of the president of Uganda, and shall uphold, preserve and defend the constitution so, help me God,” Museveni said to cheers and music.

In his inaugural speech, Museveni — who has been harshly criticized for repressing political opposition; also said foreigners have no right to teach him about democracy.

The president and his National Resistance Movement party were declared the winner of the January 14 elections with 58.6% of the vote.  Opposition leader Bobi Wine and his National Unity Platform, which came in second with 34%, say the vote was rigged. 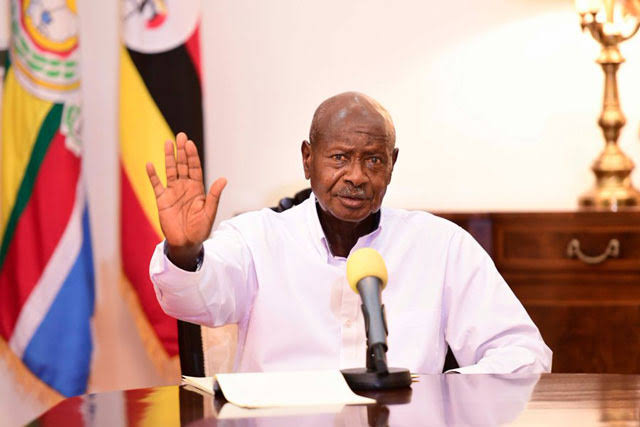 On Wednesday, Museveni dismissed his critics, saying Uganda never experienced democracy during times of colonialism and much of the post-colonial era. This is why he says he developed a democratic structure for Uganda.

“It is therefore quite comic and laughable to hear some actors in the world, giving us lectures about democracy. We built this system for our people. We neither seek nor need any approbation from anybody outside Uganda,” Museveni said.

In his inaugural speech, witnessed by eleven presidents, Museveni preached African security; a united front and the need to defend Africa from foreign enemies. According to VOA

The majority of the over 4,000 invited guests were supporters of the ruling party.

Minister for the Presidency Esther Mbayo was elated about the swearing-in.

“Now he’s starting a new term, that’s the importance. To the NRM party, it is victory on and on,” Mbayo said.

Museveni is now expected to head Uganda until 2025 when he would turn 82.