Protesters In Mali Are Asking French Troops to Leave The Country 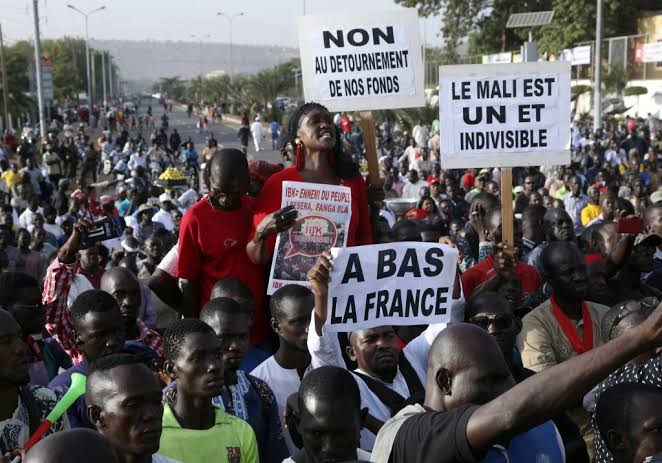 Protesting activists in Mali have stages a protest against the French military presence in Bamako; and are calling for the total withdrawal of French troops from the country.

However, while the activists protested against the French troops, some of them held Russian flags; and placards asking for increased collaboration between Mali and Russia; while others chanted anti-Russian slogans. 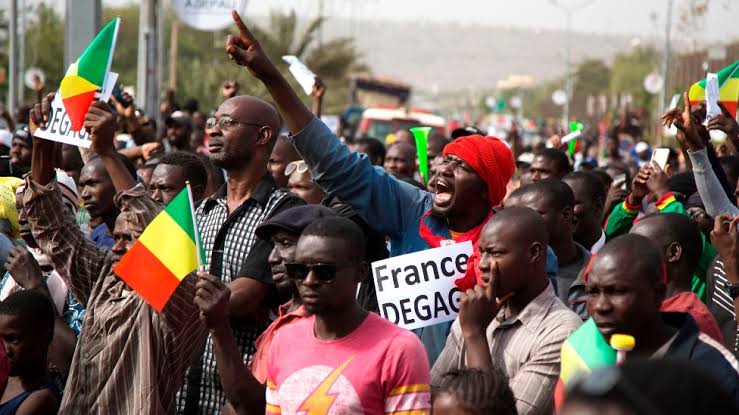 Numbers were lower than organisers had hoped for after heavy rains earlier in the day.

The demonstration came as Germany’s defence minister announced that 12 German troops and a soldier from another country were wounded following an attack on soldiers taking part in a United Nations mission in Mali.

“I would be so happy, like at a party, if France quit Mali today. Really. Ever since we trusted them with our security, everything has become worse.” stressed  Bakary Coulibaly, a local resident.

The U.N. mission in the country, MINUSMA, had earlier said that 15 peacekeepers were wound ed when a temporary operational base in the Gao region was targeted with a vehicle bomb.

Germany has hundreds of troops taking part in U.N. stabilization and European Union training missions in the West African nation.

“There are injured Germans, that has saddened us because Germany here is not seen as an occupying force. But they are being manipulated by the French, in fact. Germany came here with good intentions to protect us from terrorists, but today they find themselves inside the Machiavellian schemes of France,” according to Pape Diallo, spokesman for protest platform ‘Yerewolo – Debout sur Les Remparts’.

Mali has been trying to contain an Islamic extremist insurgency since 2012.

A military coup last year in Mali has complicated matters further, and the junta’s leaders have faced criticism from France and the African Union. Africanews reports.