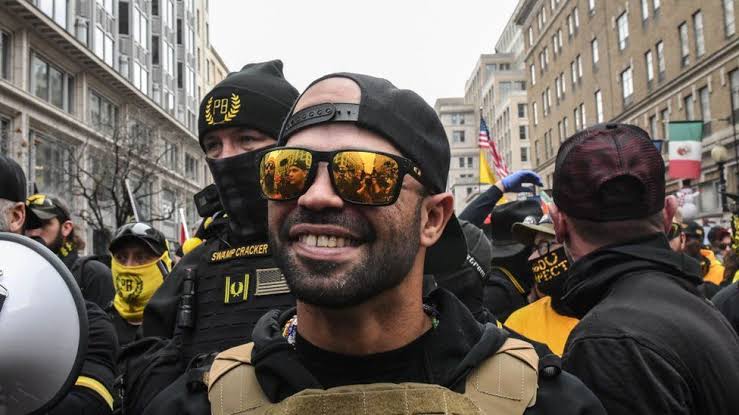 Enrique Tarrio, a leader of the far-right extremist group, known as the Proud Boys and a known federal informant; was sentenced to over five months in jail after pleading guilty to burning a Black Lives Matter banner in Washington, D.C., The Associated Press reports.

Tarrio pleaded guilty to the destruction of property charge last month; he also pleaded guilty to possession of a large-capacity ammunition feeding device. Enrique Tarrio told the court via videoconference; he was “profusely” sorry for his actions, and said he made a “grave mistake.” 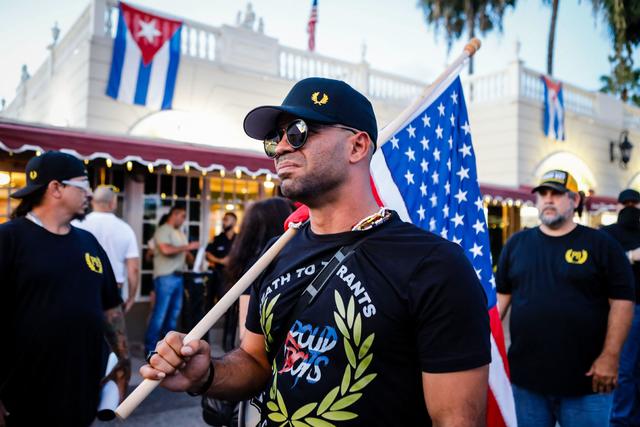 During the sentencing hearing, Judge Harold L. Cushenberry Jr. said; “This court must respect the right of any citizen to peacefully assemble; protest, and make his or her views known on issues. But Mr. Tarrio’s conduct in these criminal cases vindicates none of these democratic values. Instead, Mr. Tarrio’s actions betrayed them”

The Arrest of Enrique Tarrio

Tarrio was arrested on January 4th, just two days before the insurrection at the Capitol, which included members of the Proud Boys. The destruction of the Black Lives Matter banner, however; reportedly took place in December during another rally protesting Donald Trump’s defeat in the 2020 election. A complaint accused Tarrio and eight other unidentified members of; “engaging in acts of terror and vandalizing church property in an effort to intimidate the Church and silence its support for racial justice.”

About a month after Tarrio’s arrest, it was revealed that he had; previously cooperated with the FBI and police. The revelation rattled the Proud Boys and caused several chapters to declare their independence.

In a story on the group’s fractious 2021, Alexander Reid Ross, a far-right-extremism researcher, toldRolling Stone;“This was a group that came out of January 6th super energized. But with ensuing stories of conspiracy charges and federal informants, [you] start to see the group deteriorating, one of the chapters splitting off into what’s likely gonna be a more extreme version. I don’t know if it’s the end of the road, but it seems like it might be close to it.”