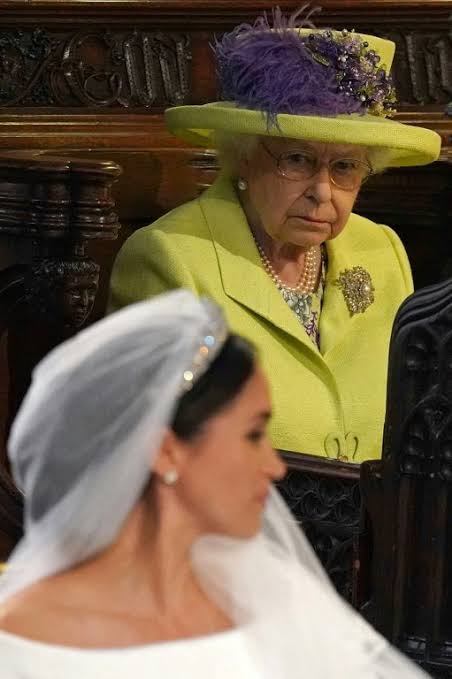 THE Queen was left dismayed last night after Harry and Meghan “stepped back” from senior royal duties.

“Disappointed” Palace courtiers were shocked by the couple’s abrupt announcement. The Duke and Duchess of Sussex say they now make their own living; while dividing their time between Britain and North America.

In a terse statement, Buckingham Palace said: “Discussions with the Duke and Duchess of Sussex are at an early stage. We understand their desire to take a different approach, but these are complicated issues that will take time to work through.”

Less than a year after the birth of their son Archie; the couple  will cease to be full time working members of “the royal Firm”.

Meghan Markle and Prince Harry announced after “many months of reflection and internal discussions”; they would be stepping back from their roles as senior members of the Royal Family. The announcement comes after Meghan and Harry in a candid interview after their royal tour of Africa revealed they were struggling in the royal spotlight. It has now emerged that The Queen was not informed of their decision to quit the monarchy.

Meghan and Harry took a six-week break from royal duties and have only just returned to the UK; after spending time in Canada with the Duchess’s mother Doria Ragland and close friend and former Suits co-star Abigail Spencer.

In their announcement, Meghan and Harry revealed they intend to split their time between the UK and North America.

They will still support the Queen but will “work to become financially independent”.

Meghan and Harry also revealed they hoped the change would allow their son Archie to be provided with space; while maintaining an “appreciation for the royal tradition into which he was born”.

Hours after the statement was released, it has emerged The Queen was not told about the release of their groundbreaking statement.

Despite saying they will “fully support” the Queen; Buckingham Palace was not informed about the statement prior to its release.

A royal correspondent Rhiannon Mills said; “I’m told that the statement was solely written by the Duke and Duchess of Sussex – no senior members of the Royal Family were consulted before it was released.”

It is understood the couple  had just begun talks with the Queen and Charles about their future roles when they made their decision to go public.

Buckingham Palace warned the couple their decision to step back from the royal family will be “complicated”.