Queen Of Rap, Lil Kim Is In Love! 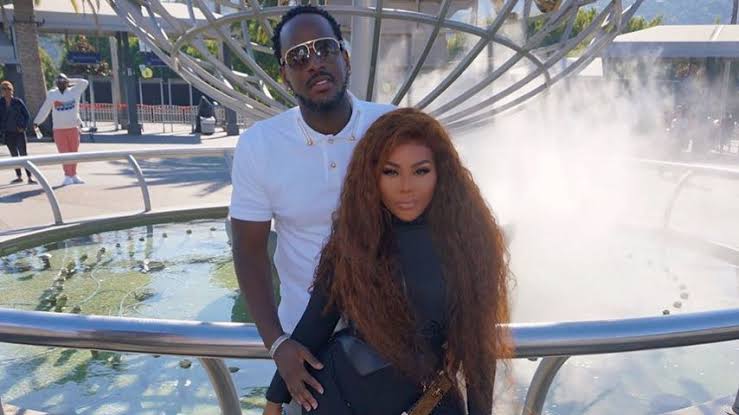 Lil Kim’s new boyfriend is a record label CEO and goes by the name The Great. He recently presented her with an icy diamond necklace earlier this week while the couple was at home—and Kim was overwhelmed by the beautiful surprise.

Following the video of receiving the necklace, Kim finally made her relationship Instagram official by tagging her bae and publicly acknowledging her relationship to all her fans. However, her fans must have been noticing the two of them posting each other on the ‘gram for a while now.

Lil Kim has been known to keep her relationships private, but her man just couldn’t help himself while gushing about how special she is in a new Instagram post Which prompted her to let us all know who he is to her.

He posted a photo of himself and Kim with a sweet caption describing how beautiful she is:

“I Never thought I would meet a woman that works as hard as me. This beautiful soul and I are so much alike it’s scary.”

Lil Kim responded in the comments with “Bae!!!” and “My baby,” letting us know that she is acknowledging the relationship. Kim’s last public relationship was a few years ago, with the father of her child, Mr. Papers.

Their relationship produced her baby girl, Royal Reign, but sadly ended due to allegations of domestic violence and a custody battle.