R.kelly Supporters Marched In The Streets Of Chicago To Demand His Freedom 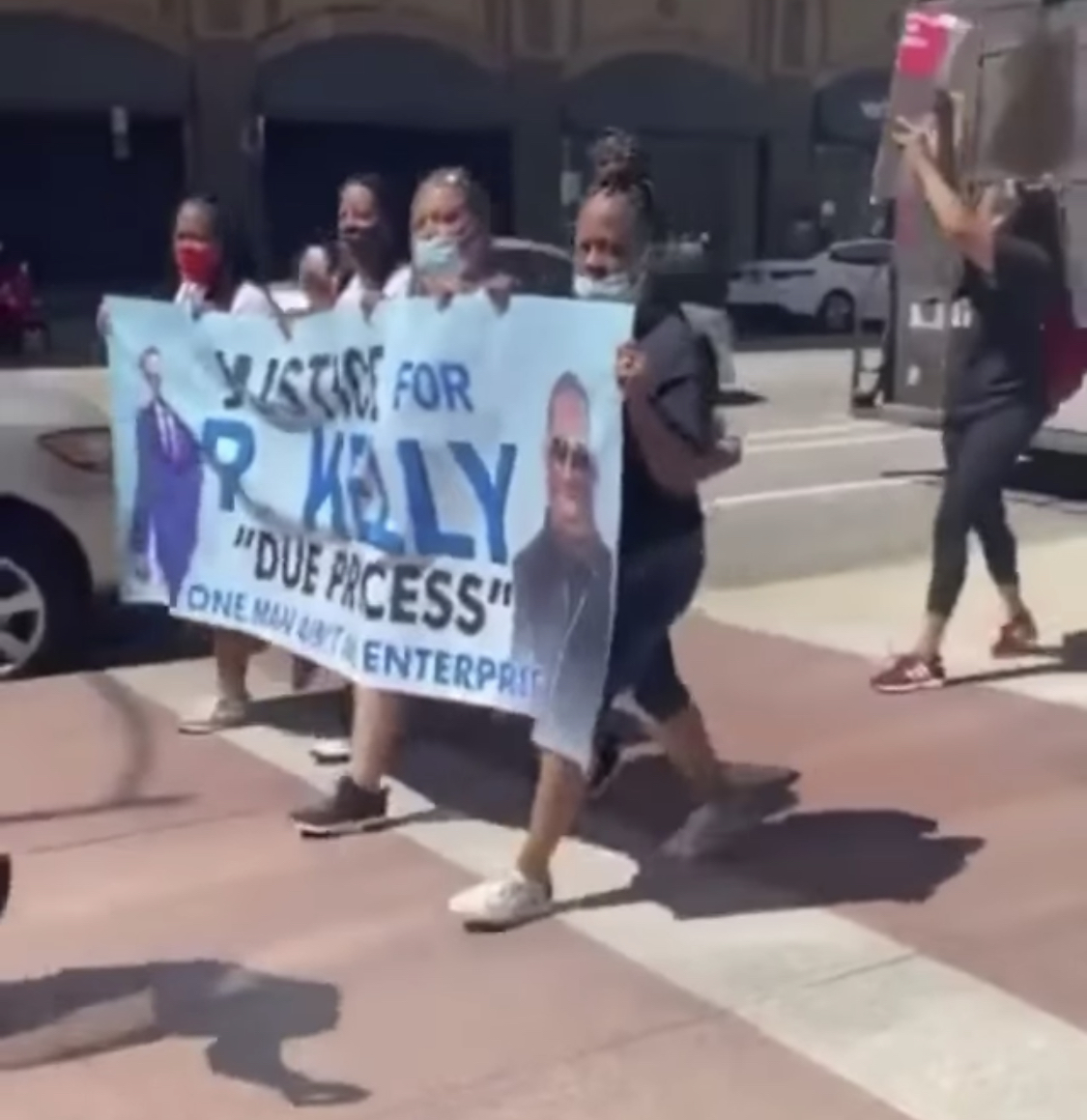 Although he has remained behind bars for several months, R.kelly still has many die-hard fans who are anxiously hoping that he is freed sooner rather than later. Several R. Kelly supporters recently took to the streets of Chicago and marched in protest to demand that he finally be allowed to come home.

R. Kelly currently remains in jail on a host of charges involving; sexual assault, sex trafficking, child pornography and more; stemming from a collection of ongoing investigations regarding his alleged sexual history with underage girls.

His trial has been delayed multiple times due to COVID-19 and R.kelly has also tried and failed multiple times to be let out on bail. Given these turn of events, his fans have apparently had enough; and decided to express their disappointment that he’s still remains locked up.

The fans marched with signs and chanted about freeing him; although the possibility of that actually happening doesn’t seem likely, as new charges against him continue to pile up.

As previously reported, R. Kelly reportedly controlled a bank account that received at least $1.2 million last year; which was created shortly after he was charged in Cook County Circuit Court. He also allegedly opened a bank account in  someone else’s name of and he can be heard on recorded calls from jail directing people to contact the person “to receive payments indirectly from Kelly.”