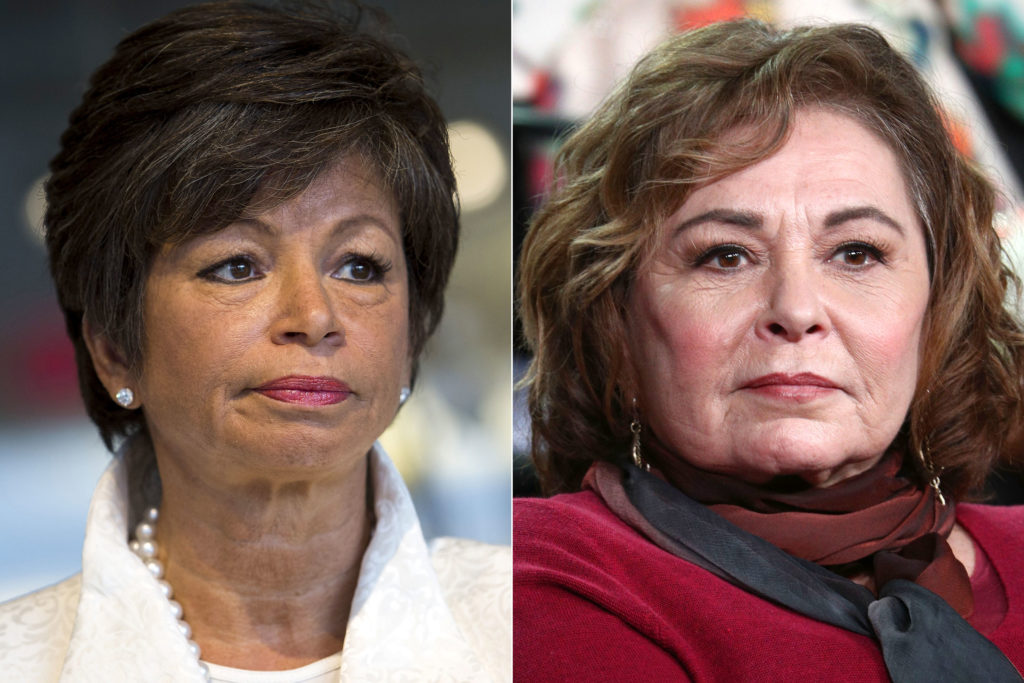 NOW People are getting famous for making racist comments.

ABC canceled Roseanne after Roseanne Barr attacked former White House adviser Valerie Jarrett in a racist tweet that compared her to an ape, saying Barr’s tweet was abhorrent, repugnant and inconsistent with our values.” But Barr’s tweet was hardly the first time the comedian drew controversy; the Roseanne star had a history of controversial comments and incidents before Tuesday that ranged from inflammatory to racist.

ABC’s abrupt cancelation of Roseanne— a revival of the 1990s hit that was a ratings smash for ABC and drew praise from conservatives and President Donald Trump — as well as Barr being dropped by her talent agency, ICM, marks the first major consequence Barr has faced after years promoting conspiracy theories and making racist comments online.

Roseanne Barr tweeted “Muslim brotherhood & planet of the apes had a baby=vj” in response to a tweet about Valerie Jarrett, a top aide to former President Barack Obama. Jarrett is black

Earlier today, ABC canceled the reboot of the popular sitcom “Roseanne,” after the show’s star, Rosanne Barr made a racist tweet about the former senior advisor to former President Barack Obama, Valerie Jarrett.

Since the incident, Barr has apologized for her remarks and announced that she was leaving Twitter.

Valerie Jarrett has now spoken out about Barr’s racist comments.

According to USA Today, Jarrett appeared in an MSNBC special and said, “The tone does start at the top, and we like to look up to our president and feel as though he reflects the values of our country.”

She continued, “But I also think every individual citizen has a responsibility too, and it’s up to all of us to push back. Our government is only going to be as good as we make it be.”

Jarrett, who was already scheduled to appear on MSNBC for a special based on the closing of 8,000 Starbucks locations due to racial bias training, said she was fine following Barr’s comments about her.

“I’m worried about all the people out there who don’t have a circle of friends and followers who come right to their defense, said Jarrett.”