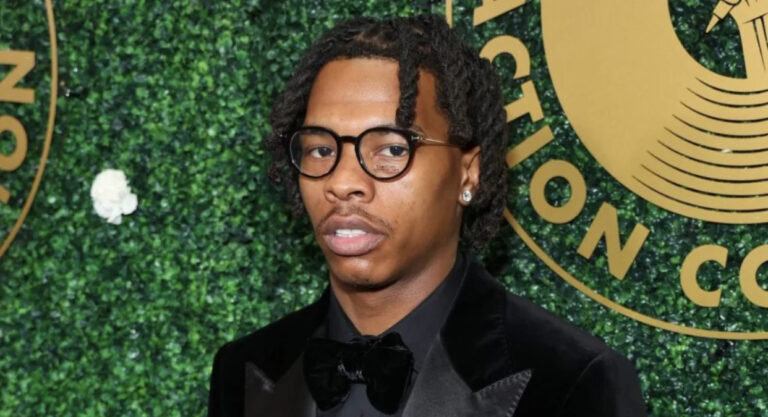 Rapper Lil Baby is gaining recognition on and off the stage. The rapper received the Quincy Jones Humanitarian Award at the 2nd annual Music in Action Awards Gala benefiting the Black Music Action Coalition on Thursday night. According to Billboard, Lil Baby received the award for his social and racial  justice efforts.

The humanitarian award highlighted his annual “Back to School Fest” at Atlanta’s West End Mall. The festival partnered with Goodr, where they provided over 3,000 local children with music, games, carnival rides, food, backpacks, school supplies, and haircuts. In addition, Baby also worked with Atlanta restaurateur Lemont Bradley to offer 100 jobs to young adults and established the $150,000 “My Turn” scholarship program for students at his former high school.

“I honestly didn’t know what a humanitarian was, but as I looked into it and started reading, I understand that I’m actually humanitarian.” He added, “I just want to say that I appreciate everybody in here because nothing that we are doing or trying to do can be done by one person. It’s gonna take all of us to stick together and stay together.”

The gala was a star-studded event. Throughout the evening, additional awards were dispersed by presenters via video, including Anthony Hamilton as well as Brandy, Chuck D, and D Nice. Other highlights from the evening include 300 Entertainment’s Kevin Liles and the Recording Academy’s Harvey Mason jr., Panos A. Panay, and former co-president Valeisha Butterfield Jones receiving the Social Impact Awards.