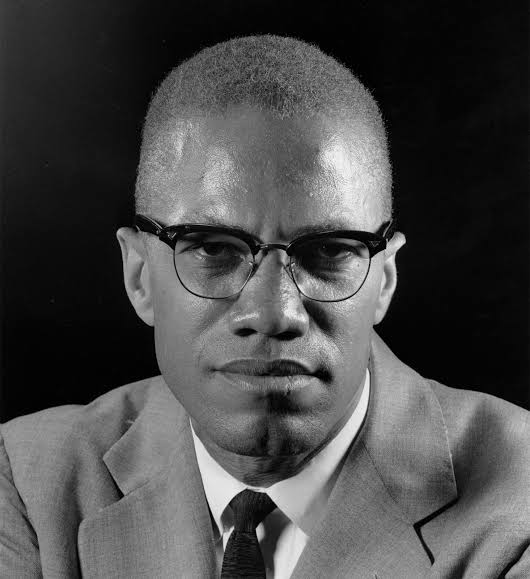 Malcolm X was an African-American Muslim minister, human rights activist, and inspirational public speaker, who was a popular figure during the civil rights movement. He is best remembered for his time spent as a vocal spokesman for the Nation of Islam. And the controversy he prompted due to his beliefs on race and other social issues. 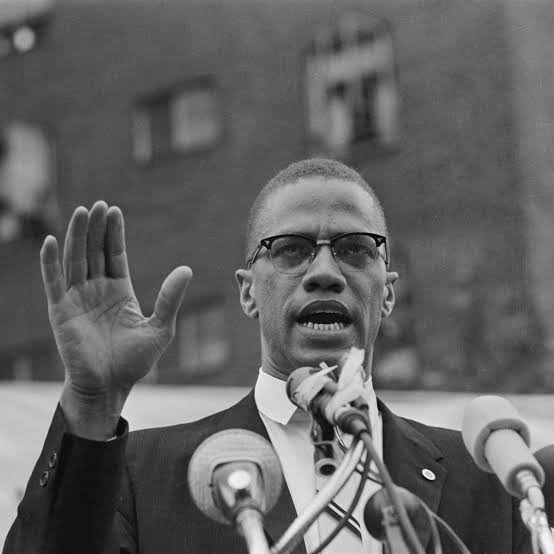 Malcolm X’s birth name was Malcolm Little. He was born on May 19, 1925, in Omaha, Nebraska. And was the fourth of eight siblings. His siblings were Wilfred, Hilda, Philbert, Reginald, Yvonne, Wesley, and Robert.
He also had three older half-siblings from his father’s previous marriage: Ella, Earl, and Mary, all of whom lived in Boston.

His father was a Baptist preacher and follower of Marcus Garvey. The family moved to Lansing, Michigan after the Ku Klux Klan made threats against them, though the family continued to face threats in their new home. In 1931, Malcolm’s father was allegedly murdered by a white supremacist group called the Black Legionaries, though the authorities claimed his death was an accident. 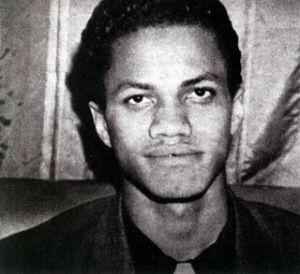 Malcolm was brilliant, who did well academically. . He was also quite outstanding, and in the second half of his seventh-grade year, in a class where he was the only black student, he was appointed the class president.

Reasons Why Malcolm X Is An Uncelebrated Hero Of American History

Malcolm X while alive, preached about Black Pride and Separation of the Races, where he gave aggressive speeches about black pride, self-reliance, and the belief that freedom and survival could come only from the strict separation of the races.

He railed against exploitation by the white devils. And believed that the idea of whites and blacks living together in harmony and equality was a fantasy. 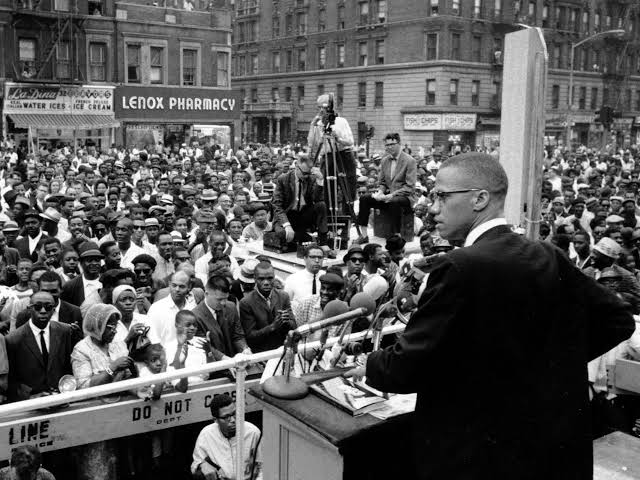 Also, during the period of Dr. Martin Luther King Jr, who was representing the face of America’s mainstream civil rights movement. Malcolm, criticized several of King’s ideas, especially his idea on racial integration and nonviolent resistance to attain equality and acceptance.

He believed that black people should proclaim their rights, and if necessary, engage in self-defense against the white violence that was perpetrated against them.

While in the Nation of Islam, Malcolm referred to the civil-rights leaders as “Uncle Toms,” considering them fools for thinking white America would ever willingly give them equality.

Furthermore, another reason why Malcolm X is an uncelebrated hero of American history, was because he didn’t believe in the revolution.
According to Malcolm X, the fight for Black people for their rights was being run by outsiders.

Quoting his speech, he said; 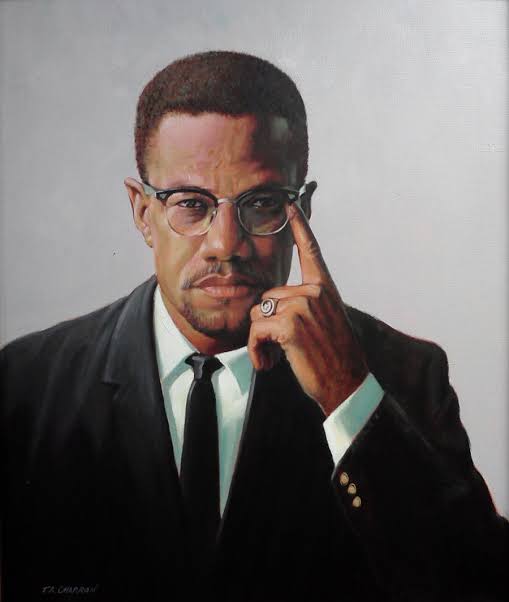 In another of his speech, he believed both parties and politicians (white and Black) sold out Black people, saying;

At the time of his death he was no longer Malcolm X, preaching to black urban ghettos, but Malcolm the global revolutionary, who had brought together an alliance of African and Middle Eastern leaders in support of his new Organization of Afro-American Unity, and who was intent on pressing his human rights claims against the US government at the United Nations.

It was an evolution lost on most of mainstream America, however, who remembered the man who once said, “The common enemy is the white man,” reminded black Americans that it was within their legal rights to buy a shotgun, and said President Kennedy’s assassination was a case of “chickens coming home to roost“. After his murder.

The New York Times called him a “remarkable and twisted man” who had turned his gifts to “evil purpose”. While TIME denounced him a demagogue whose “creed was violence”.

After graduating from junior high the following year, he dropped out of school. He attributed this decision in part to a painful conversation he had with one of his favorite teachers: his English teacher, Mr. Ostrowski. When Malcolm confided that he’d thought about becoming a lawyer, his teacher, who was white, told him that was no practical goal for a nigger. Instead, Mr. Ostrowski suggested that he consider becoming a carpenter.

After leaving school, Malcolm moved in with a half-sister in Boston. There, he worked in a variety of jobs, including shoeshine boy, busboy, and waiter

Malcolm, rejected the surname Little because he felt the surname was forced upon his ancestors by white slave owners. And for that reason, he chooses the surname X, to represent his unknown African tribal name.

Malcolm X’s parents were advocates for self-reliance and black pride, so he was brought up in a civil rights environment.

He strolled into a life of drugs and crime, however, after dropping out of school. In the mid-1940s, during a spell in prison. He came under the effect of fellow convict John Bembry and began reading a lot to self-educate himself. Malcolm received letters from siblings, that suggested he take an interest in the Nation of Islam; (a newly formed religious group that lectured about black self-reliance and the eventual return of the African diaspora to Africa), in 1948.

In 1946 he was arrested for larceny and was sentenced to 10 years in prison, but was granted parole after serving seven years. During that time, Malcolm embraced the ideology of black nationalism. 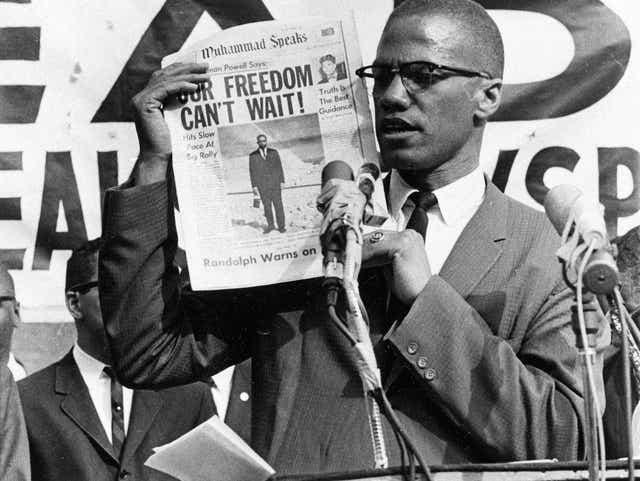 He became a favorite of Elijah Muhammad, actively seeking out new converts, whenever and wherever he could. This gained him a higher public profile.

Several people saw him as a truth-telling human rights advocate who uncovered the abyss crimes that were inflicted against the African Americans. While some saw him as a racist who openly promoted violence.

Malcolm X founded the Organization of Afro-American Unity (OAAU). In contrast to the Nation of Islam, which wasn’t a religious group. It attempted to advocate for all black people and held that racism, not the white race, was the true obstacle.

In 1965, Malcolm X was assassinated on February 21, several days after his house was put on fire on Valentine’s day. 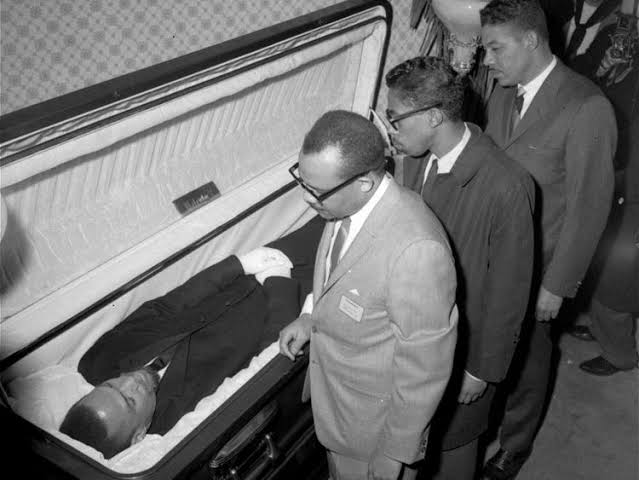 He had barely begun speaking to the OAAU at the Audubon Ballroom in Harlem. Three gunmen rushed at the stage and began shooting at a close range. One man used a sawed-off shotgun, while the other two fired semi-automatic weapons.

The wounds Malcolm got were fatal. Within several minutes, he was rushed across the street to Columbia Presbyterian Medical Center, but the doctors were not able to save him. He died.

His three killers were identified to be members of the Nation of Islam, namely: Talmadge Hayer, Norman 3X Butler, and Thomas 15X Johnson.