Republicans Mourn as Diamond of pro-Trump  duo “Diamond and Silk”, dies at 51 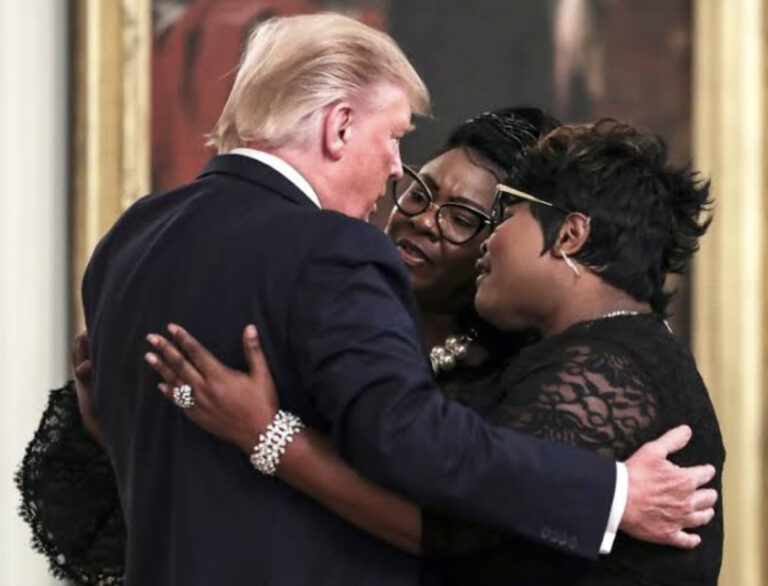 According to Diamond and Silk’s Twitter account, Lynette Hardaway, one half of the conservative political commentary team and a fervent fan of former President Donald Trump, has passed away. She died at 51.

Hardaway, also known as “Diamond,” carved out a distinctive position for herself as a Black woman who vocally supported Trump and right-wing policies. She first gained notoriety online before becoming a cable television commentator. She was later fired from Fox News for promoting COVID-19 falsities, but she found a new home on a right-wing cable network.

She and her sister, Rochelle “Silk” Richardson, rose to prominence during the 2016 presidential campaign cycle when they appeared on stage in support of Trump, who embraced the two Black women amid widespread accusations of racism and sexism.

Hardaway’s cause of death has not been released. Trump, who called her death “really bad news for Republicans” in a Monday night post on his Truth Social platform, said it was “totally unexpected.”

“Our beautiful Diamond of Diamond and Silk has just passed away at her home in the State she loved so much, North Carolina,” Trump wrote. “There was no better TEAM anywhere, at any time!”

“The World just lost a True Angel and Warrior Patriot for Freedom, Love, and Humanity,” the account wrote Monday night, linking to a memorial fundraising page.

A memorial ceremony will be announced.

The sisters, who called themselves Trump’s “most outspoken and loyal supporters,” have said they switched political parties to support his first presidential bid, in which he carried only about 8% of Black voters in the 2016 general election. He invited them to his inauguration in 2017 and, later, to the White House.