Rwanda accuses US of aggravating crisis in Congo 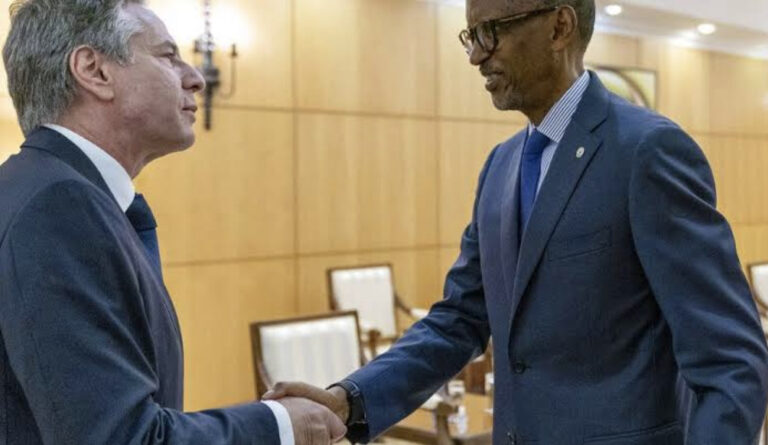 After the United States urged Kigali to cease any backing for the rebels, Rwanda’s foreign minister claimed that the international community was “exacerbating” the issue in the Democratic Republic of the Congo which is beset by armed groups.

In a Sunday call with Rwandan President Paul Kagame, US Secretary of State Antony Blinken ” made it clear that all external support to non-state armed groups in the DRC must end, including Rwanda’s support for M23″.

Fighting in eastern DRC between government forces and rebels from the M23, a former Tutsi rebellion, has heightened tensions with neighbouring Rwanda, which the DRC accuses of encouraging the militia. Kigali denies any involvement.

In a press release published Monday evening, the Rwandan Minister of Foreign Affairs, Vincent Biruta, affirmed that Paul Kagame and Anthony Blinken “had had good exchanges (…) but that differences remain on the understanding of the problem”.

“The erroneous approach of the international community continues to exacerbate the problem”, continued the head of Rwandan diplomacy.

The Democratic Forces for the Liberation of Rwanda (FDLR), a movement of Rwandan Hutu rebels, some of whom were involved in the 1994 Tutsi genocide in Rwanda, has been repeatedly blamed by Rwanda for the crisis in eastern DRC by the authorities in Kinshasa. Rwanda has also accused the international community of turning a blind eye to its alleged support for the FDLR.

The existence and violence of this militia were used by Kigali to justify previous Rwandan incursions into Congolese territory.

Vincent Biruta asserted that “Rwanda’s security problems must be taken into account”, continuing that the “M23 should not be equated with Rwanda”.

A November 23 summit in Angola ordered a ceasefire followed by the withdrawal of rebels from positions captured in recent months, but no withdrawal has been observed to date.

After a five-day truce, heavy-arms fighting resumed last week in eastern DRC between the M23 and the Congolese army, which accused the rebels of massacring around 300 civilians. The M23 rejected these accusations and called for an “independent investigation”.