Sally Hemings: The Black Slave Locked Up In A Basement, That Bore Six Children For Thomas Jefferson, 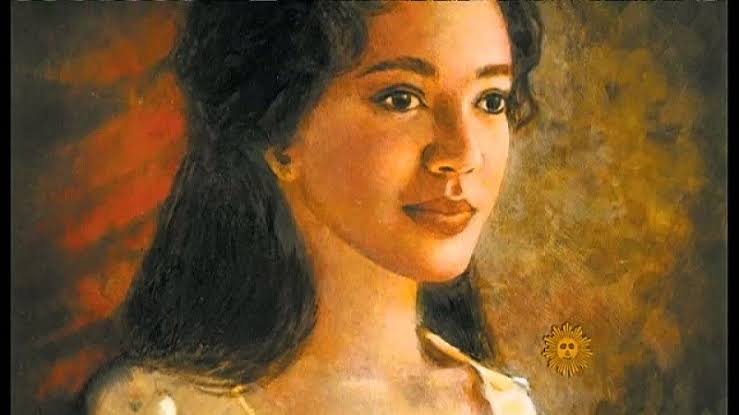 Sally Hemings (1773-1835) is one of the most famous—and least known—African American women in U.S. history. For more than 200 years, her name has been linked to Thomas Jefferson as his “concubine,” obscuring the facts of her life and her identity.

Like countless enslaved women, Sally Hemings bore children fathered by her owner, Thomas Jefferson. Female slaves had no legal right to refuse unwanted sexual advances. Sally Hemings was the child of an enslaved woman and her owner, as were five of her siblings. At least two of her sisters bore children fathered by white men. Mixed-race children were present at Monticello, in the surrounding county, across Virginia, and throughout the United States. Regardless of their white paternity, children born to enslaved women inherited their mothers’ status as slaves.

According to Fight for Justice: Sally Hemings  was Thomas Jefferson’s slave. She was called his “mistress,” but how can you be a mistress when you were a slave, a child, and could not consent? Had absolutely no choice?

She bore him 6, perhaps as many as 8 children. He kept her locked in a basement room.

The room was recently unearthed, and DNA evidence has proven the lineage of Sally’s children.

Sally Hemings Freed By Her Daughter
 
Sally Hemings  was between 12 and 14 years old when he started raping her, and Jefferson was in his forties. He freed the children that he had with her, but not Sally. Her daughter had to free her mother after Jefferson passed away.
This is not taught in schools. This side of history. We are supposed to consider the founding fathers as great men, fighting for justice and freedom, guided by God… when they were actually evil men. Selfish men who did nothing, if it wasn’t for their own aggrandisement, personal benefit, and financial gain.

I would also like to add that Sally was Jefferson’s dead wife’s half sister. Sally’s mother was raped by her owner, who was Martha (wife of Thomas) Jefferson’s father.

These people left a legacy.
A legacy of entitlement under the most criminal of circumstances, and White Supremacist beliefs which pervade U.S. Society and Culture, to this very day.