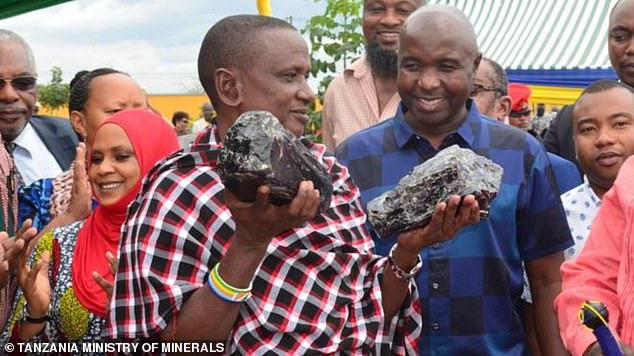 Tanzanian miner, Saniniu Laizer, and father-of-30 who became an overnight millionaire by digging up huge Tanzanite gemstones; worth $3.1m finds and sells ANOTHER piece worth $1.9m.

Saniniu Laizer made the sale at a trading event attended by hundreds this; after discovering the 6.3kg Tanzanite stone.

It follows the small-scale miner, finding two other chunks of the gemstone last month in one of the tanzanite mines in the north of the; country, which are surrounded by a wall to control cross-border smuggling of the valuable mineral.

Locals were excited in the build-up to today’s sale and other miners were surprised by Mr Laizer’s fortunate finds; but ‘acknowledged perseverance may have something to do with it’, according to the BBC’s Aboubakar Famau.

The 52-year-old, who has four wives and 30 children; previously vowed to use some of his earnings to build a school and a shopping mall in his community; adding that many locals can’t afford to pay for their children’s education.

But Mr Laizer insisted that his lifestyle would not change and that he would continue to look after his herd of 2,000 cows. 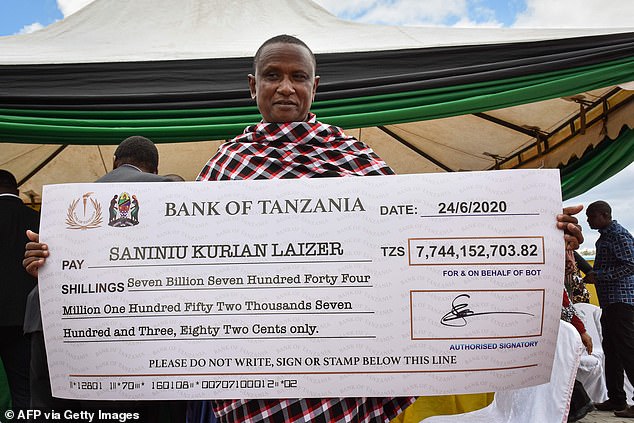 Last month, Laizer was pictured on Tanzanian television being presented with a large cheque, above, after the Bank of Tanzania bought the gemstones in a ceremony.