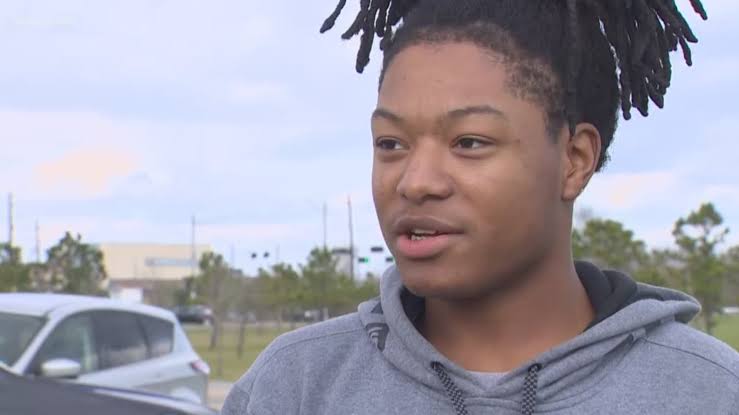 We previously reported the case of Texas-based teenager, DeAndre Arnold. Also, Kaden Bradford, was told to remove his dreadlocks because they violated the dress code at the Barbers Hill High School.

As you might expect, the school’s move attracted a lot of attention. Thousands of people across social media spoke up in support of the 16-year-old Bradford while condemning the school district for discrimination. The family of the teenager recently celebrated a major victory. According to NBC News; Judge George C. Hanks Jr. of the U.S. District Court in Houston issued a preliminary injunction earlier this week; that will allow Bradford to return to the school with his locs and that the school end his suspension.

Attorney Janai Nelson from the NAACP Legal Defense Fund, who represented Bradford in partnership with Akin Gump Strauss Hauer & Feld; said the teenager had to “endure an unjust and educationally-damaging in-school suspension simply for having uncut locs; which are an immutable part of his Black identity and cultural heritage.”

The court added that Bradford “has shown a substantial likelihood that his rights under the Equal Protection Clause; and the First Amendment will be violated if his motion for a preliminary injunction is denied; and he has additionally shown that he will receive either inferior instruction or no instruction if his motion is denied.”

Prior to the court’s decision, the school district told Bradford that he would have to serve an indefinite in-school suspension. He would also be excluded from school activities unless he cut his locs.

Also The news earned another teen, DeAndre Arnold  a wave of support from the celebrity sect. He received a $20,000 scholarship from television host Ellen DeGeneres and music star Alicia Keys. He also attended the 2020 Oscars as guest of Hair Love director Matthew Cherry, actress Gabrielle Union (Bring It On) and her husband, retired NBA superstar Dwayne Wade.