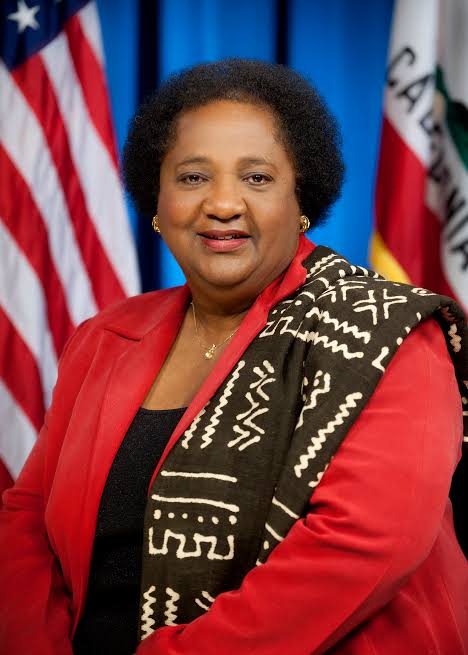 In December 2020, Governor Gavin Newsom nominated Dr. Shirley Weber to succeed Alex Padilla as California Secretary of State. If inaugurated, Weber will be the first African American person to serve as Secretary of State and the fifth to serve in a statewide position.

Shirley Weber who was nominated to become the state’s first African American secretary of state says;

“Part of this job will be to make sure we continue that progress, that we continue to have people have faith in the voting system,” Weber said.

I am excited to be nominated for this historical appointment as the Secretary of State of California. I thank ⁦@CAgovernor⁩ for the confidence in me. Being the first Black Woman in this position will be monumental and I am up for the challenge. pic.twitter.com/NMTZgX5HfC

Weber was born in Hope, Arkansas and raised in Los Angeles. Her father left school after sixth grade but encouraged Weber and her seven siblings to prioritize their education. She earned a Bachelor of Arts, Master of Arts, and PhD in communication from the University of California, Los Angeles.

“Being the first African American woman in this position will be a monumental responsibility, but I know that I am up for the challenge,” Weber said in a statement.

A fearless advocate with unimpeachable integrity and moral clarity — there’s no one better suited for the job of Secretary of State than @AsmShirleyWeber.

With her, CA will continue to be a model for the nation in expanding democratic participation and access to the ballot box. pic.twitter.com/fcpuZuYQ8e

According to NBC San Diego, Weber said her father moved his family to California in the 50s for fear of being lynched in Hope, Arkansas, where she was born. It wasn’t until coming to the Golden State that her father began voting. In later years, her Los Angeles home became a recurring polling place.

“To be given the opportunity to be able to, somehow or another, do things that my family only dreamed about, that my father never thought in his lifetime would ever happen — that his daughter would be the person and the secretary of state whose responsibility was to ensure the integrity of voting in California, to make sure that everyone had that right and that right was protected,” Weber said.

Weber has also served as the president of the San Diego Board of Education and had a 40-year career at San Diego State University, co-founding its Department of Africana Studies.

“Dr. Weber is a tireless advocate and change agent with unimpeachable integrity,” Newsom said. “Now, she’ll be at the helm of California’s elections as the next Secretary of State — defending and expanding the right to vote and serving as the first African American to be California’s Chief Elections Officer.”

“I am thrilled to congratulate my good friend and fellow San Diegan, Dr. Shirley Weber, on her historic appointment as California’s Secretary of State. Dr. Weber has been an effective and passionate leader in affirming and protecting the rights of all. As Secretary of State she will not only fight to protect our vital right to vote, I know she will help ensure the workings of state government are visible and accessible to all Californians.”