NICOLE YOUNG ACCUSED DR.DRE OF POINTING A GUN TO HER HEAD 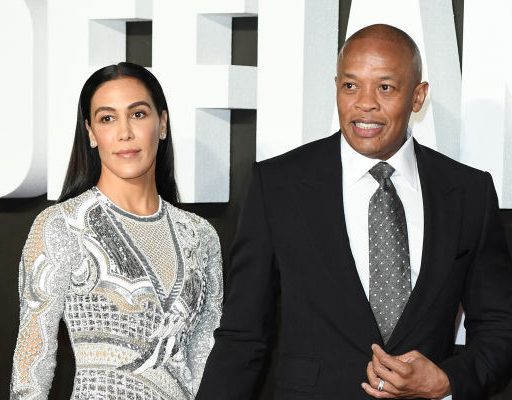 We already know that days ago, Andre Young Dr. Dre was admitted in the hospital for a suspected case of brain aneurysm.

We also know that his estranged wife, already filed for a divorce before he was rushed to the hospital, but what is news to us, is the shocking accusations laid by his wife.

According to Daily Mail, his estranged wife Nicole filed divorce documents accusing him of putting a gun to her head and other variations of physical and emotional abuse throughout their marriage.

Reportedly, Nicole Young filed the papers “days before” Dr. Dre had his medical emergency and ended up in ICU. In the lengthy legal papers, Young detailed several occasions where she allegedly endured domestic abuse in her marriage, including claims of Dr. Dre holding a gun to her head, twice.

‘Andre kicked down the door to a bedroom in which I was hiding from his rage in 2016,’ she added.  ‘Andre has verbally and emotionally decimated my personhood to the extent that I currently suffer from post-traumatic stress syndrome.’

Nicole also responded to a declaration Dr. Dre previously made to the court that she had never called the police, explaining that she had been overwhelmed with fear.

‘Andre conspicuously omits the fact that the police were called in approximately September 1995, shortly before our marriage, after he slammed me up against a wall and lifted me off the floor by my neck.

‘During our marriage, I considered calling the police several times but, as I fell deeper into the abusive relationship, my fear of Andre outweighed any confidence I had that the police could help me.’

These allegations are really shocking! We’ll sit back and see how it unfolds.