Shortly After Meek Mill Confrontation, Nicki Minaj Returns To Music After Retiring For Her Marriage Sake 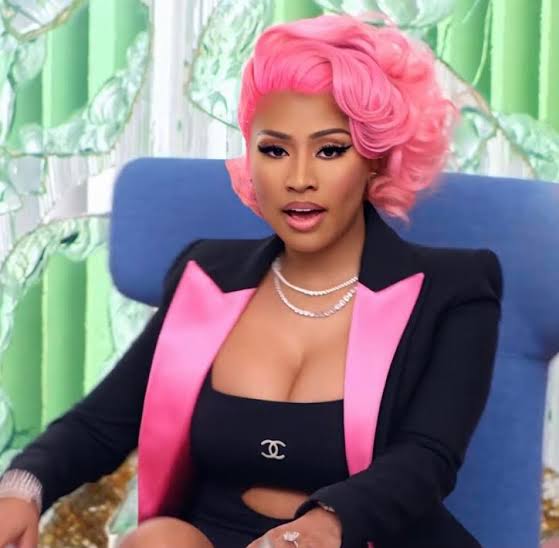 Nicki Minaj is set to return to the music scene. She announced late last year that she is quitting and retiring from music to enable her focus on her marriage. As her brother is set for his jail term, Nicki on the other hand is returning to music with a collaboration with Meghan Trainor.

Her devout fans, known as BARBZ are all in a frenzy after she posted a snippet of the collaboration. She posted the  new song titled “Nice To Meet Ya” without providing any further context about what they could expect other than the release date of January 31st.

As of right now, The Anaconda crooner, has not publicly commented on her brother’s sentencing and it’s not likely that she will, as she has been mostly private about it since his initial arrest and trial started.

Is this song marking a full come back to the music scene? What do you think?

Nicki and her husband kenneth petty had a huge confrontation with Meek Mill some days ago. Sources close to the situation reveal that Nicki and her husband Kenneth Petty walked into Maxfield in West Hollywood on Friday when they were stared down by Meek Mill. The “nasty stare-down” occurred as soon as they entered the high-end clothing boutique.

Nicki took offense to her ex giving her a dirty look, which apparently triggered the shouting match. The couple did not approach Meek and just happened to cross his path when they walked into the store.

During the argument, Petty can be heard calling Meek a “pussy ni**a” before Meek calls him one back. Nicki can also be heard shouting at Meek, calling him a bitch and seemingly saying that he can’t get over her.

While Nicki’s reps claim that Meek was the aggressor, he tells a different story. He says that Nicki and Petty approached him and started getting loud in the store.

Her team is adamant that Meek is “still obsessed with Nicki,” while she has moved on. Last March, James Harden previewed one of Meek’s new tracks where he raps, “This shit beyond me, you were supposed to be my Beyoncé / Now you this ni**a fiancée?”

After the song surfaced, Meek responded to the speculation on Twitter. “Stop the bap I’m like on my 6 girl in the last 2 years let me live,” he tweeted. “Y’all gotta hear the whole thing first ….. just chill.”

Following Meek and Nicki’s breakup in 2016, Nicki married Petty last fall. The two met when Nicki was a teenager living in Queens.