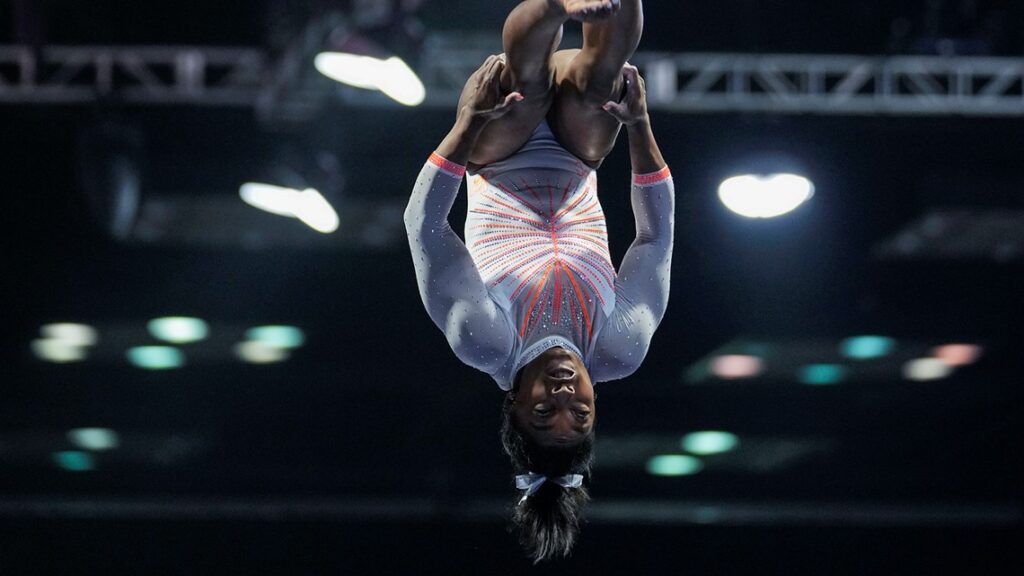 On Saturday night, at the U.S. Classic in Indianapolis, Simone Biles made  major history as she became the first woman to land a Yurchenko double pike in competition.

The Yurchenko double pike vault has only ever been done by men in competition in the past. “Hands seemingly magnetized to her hamstrings as she soared off the vaulting table, Biles drilled the Yurchenko double pike during her victory at the US Classic on Saturday night. The 24-year-old defending world and Olympic champion generated so much momentum she took a couple of big hops upon landing before letting out a semi-relieved smile.”

On top of this huge feat, she pulled off an all-around score of 58.400, the best of the night.

The 24-year-old is the most decorated American gymnast and the world’s third-most decorated gymnast; she has a combined total of 30 Olympic and World Championship medals.

The AP points out that the score value of the Yurchenko double pike vault is 6.6, and it’s only a little higher in value than other much easier vaults.

“That’s on the [International Federation of Gymnastics], that’s not on me,” Biles told the AP. “They have an open-end code of points, and now they’re mad people are too far ahead and excelling. She added: “I’m not really mad about today,” she said.

Besides, Simone Biles has never been one to let other people hold her back. “I know it’s not the correct one, but I can still do it,” Biles said. “So why not just show off my ability and athleticism?” 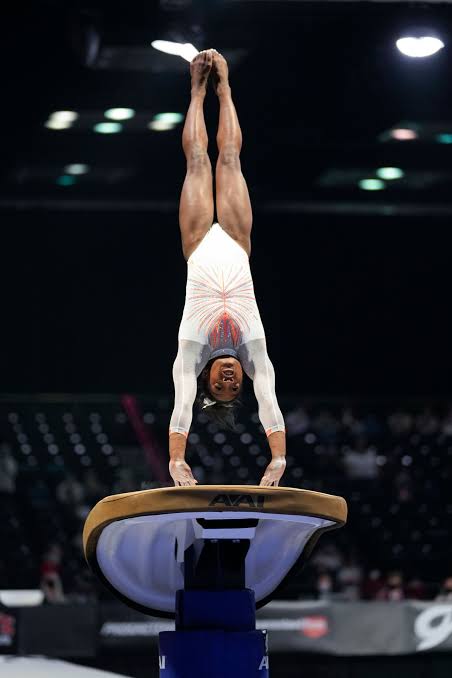 This was Biles’s first meet win since 2019, and you’ll hopefully get to see her do a lot more winning in the next three big competitions of the year; the U.S. Championships, Olympic Trials, and the Tokyo Olympic Games, which will begin July 23.