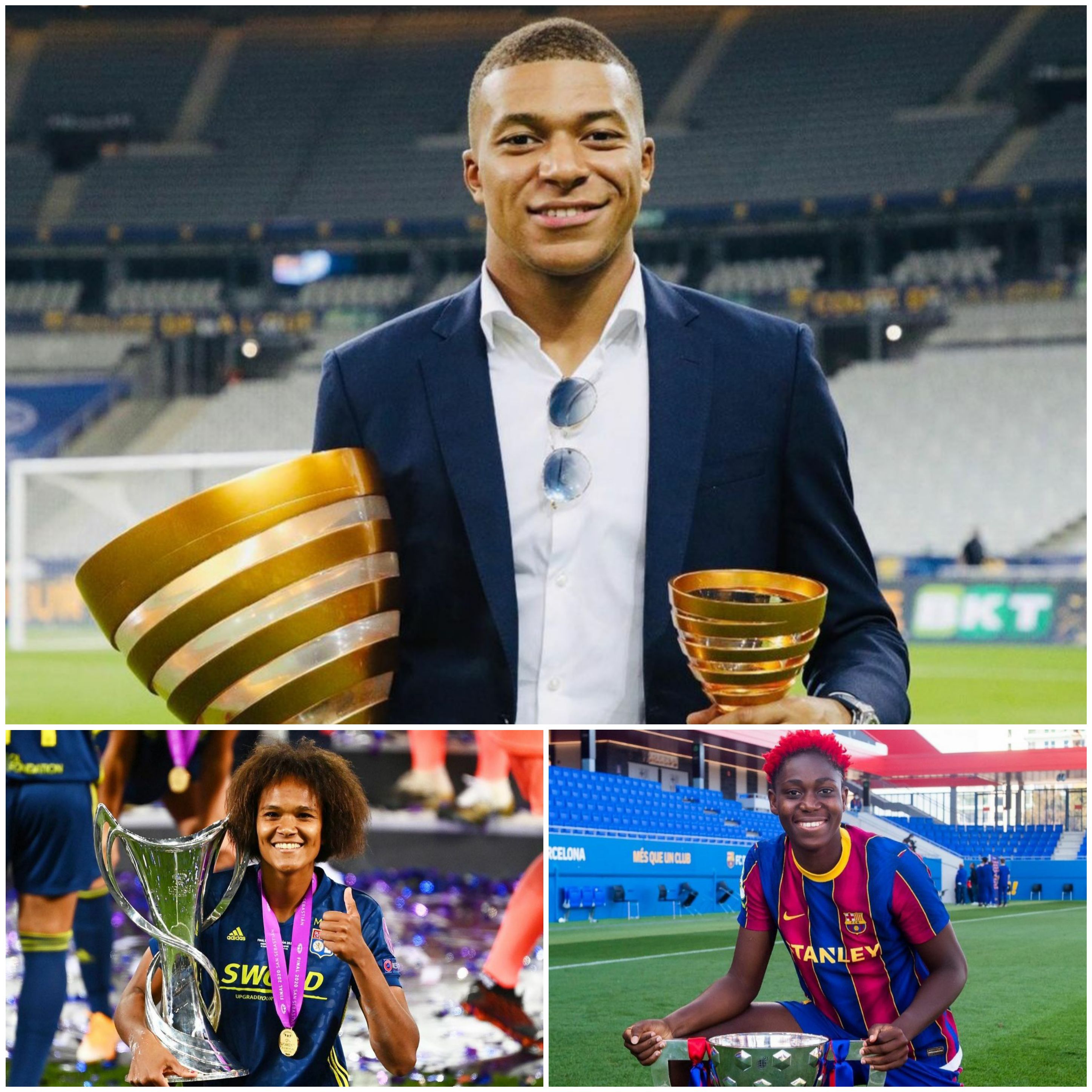 The presence of the pandemic and its horrible effect on health and social and economic life, is sickening enough to tag 2020 a black year.
Irrespective of the sad moments that characterize this year, there were still moments of celebration in 2020. One of the activities that brought celebrations and happy memories was sports. Though the year saw every activity around the world come to a stand-still, the sporting activities at both ends of the long hiatus was a great relief.

As the year rolls towards its final days, it is important to acknowledge the black athletes who gave their best in their different sports in order to entertain the world.

Here are the top ten black athletes of 2020. Athletes on this list are selected according to their achievements in their sports this year. 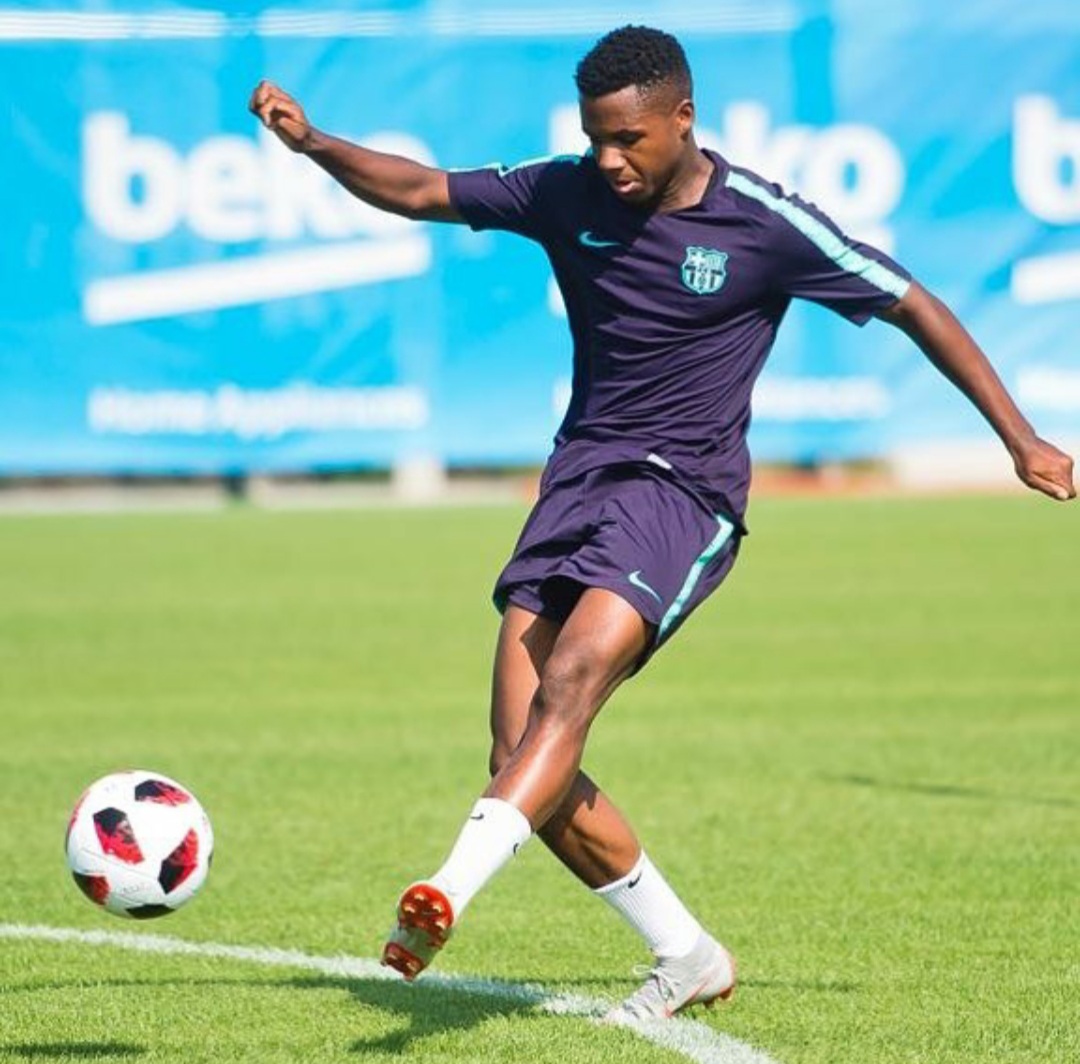 The 18 year-old Spanish footballer of Guinean origin takes the number 10 spot on this list. 2019/20 La Liga football season became Ansu Fati’s breakout season. The season saw him become the second youngest player to score a competitive goal for Barcelona senior squad.
On 2 February 2020, Fati became the youngest player to score a brace in La Liga, scoring both goals in Barcelona’s 2–1 win over Levante UD. On 23 September 2020, Fati was officially promoted to the first team. He scored his first goal in his first international start on 6 September 2020, scoring Spain’s third goal against Ukraine; and became the national team’s youngest ever goalscorer at the age of 17.
Fati’s form in 2020 earned him second position for the 2020 football golden boy award. 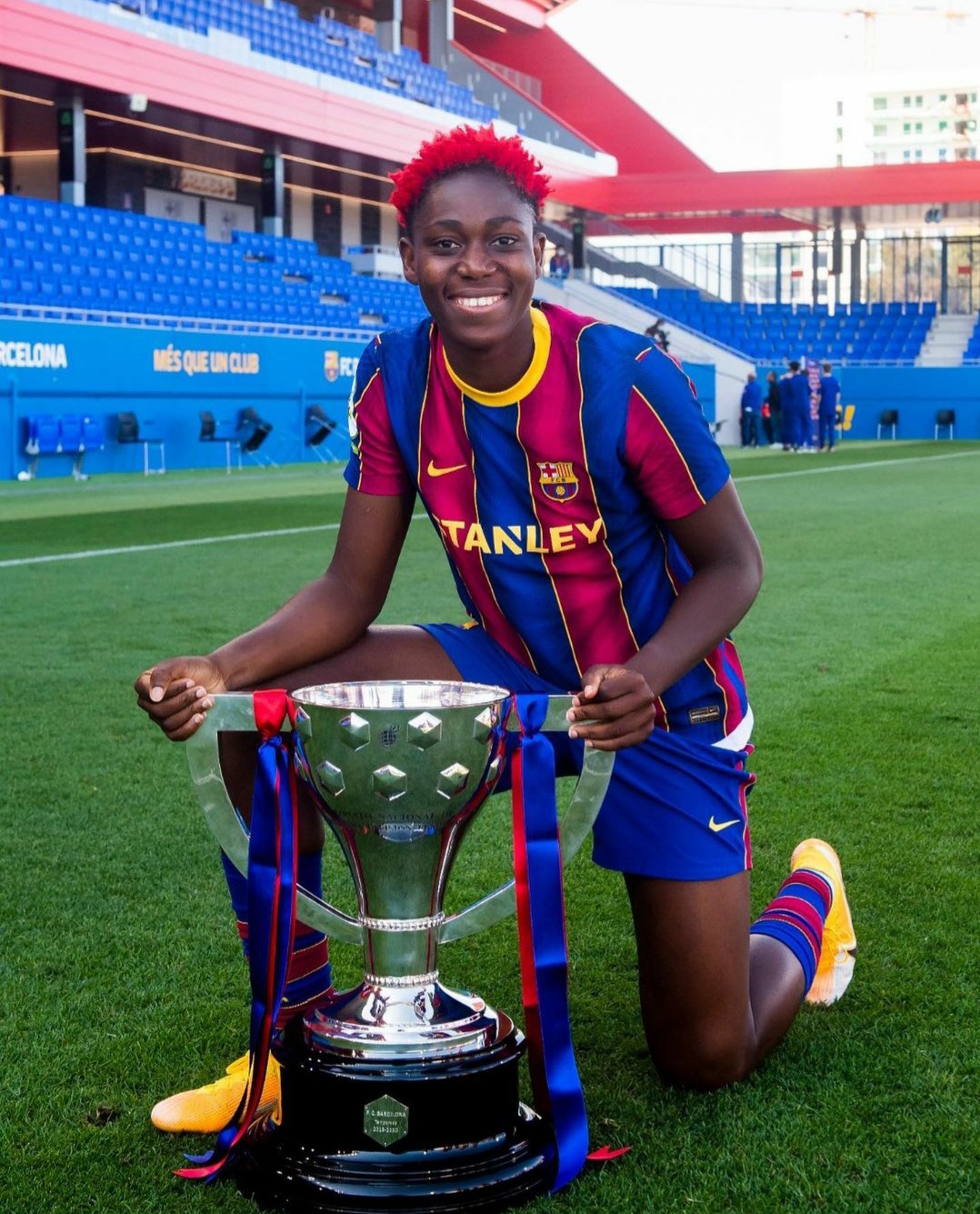 The Nigerian women’s national team and Barcelona Femeni player is one who totally deserves all the praises and accolades coming her way in 2020. The current African female footballer of the year was instrumental to Barcelona Femeni’s league triumph in 2020, after scoring 20 goals in just 19 appearances for the club.
Asisat has been nominated for UEFA women’s team of the year. She made the shortlist by Uefa on the basis of her individual performances in European and domestic competition during the 2020 season. Asisat is deservedly number 9 on this top ten sports personality list. 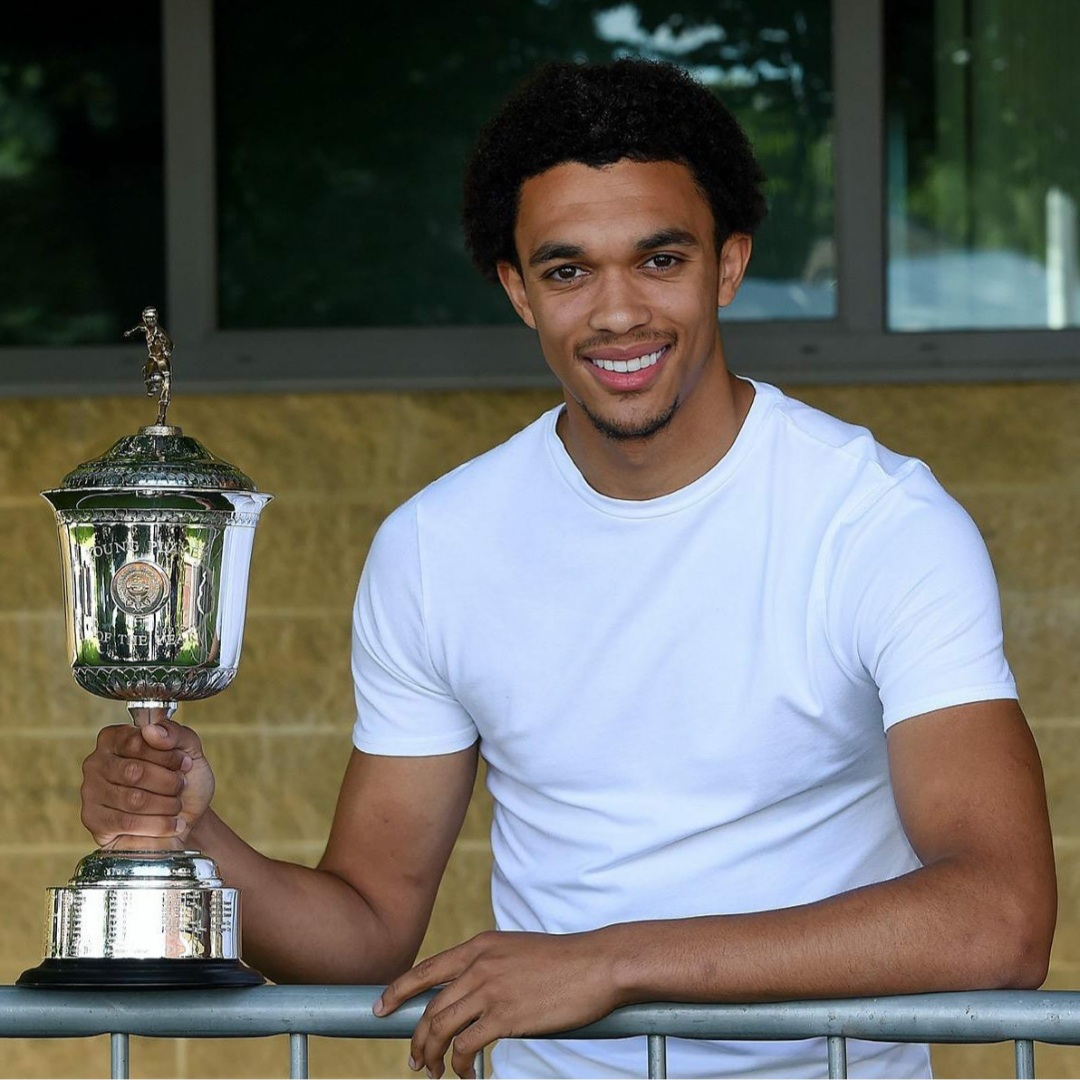 The young English footballer was instrumental in Liverpool Football Club’s Premier League title winning team. Winning England’s top flight football league after 30 years is special, but doing that with a defender being the playmaker of the team, by racking up more assists than any of his teammates is spectacular.
At the end of the 2019-20 season, Alexander-Arnold broke his own record for the most assists by a defender in a single season, thereby raising the bar for playmaking amongst defenders. The 22 year-old was voted the 2019–20 PFA Young Player of the Year and the inaugural Premier League Young Player of the Season awards, and was also named in the PFA Team of the Year. 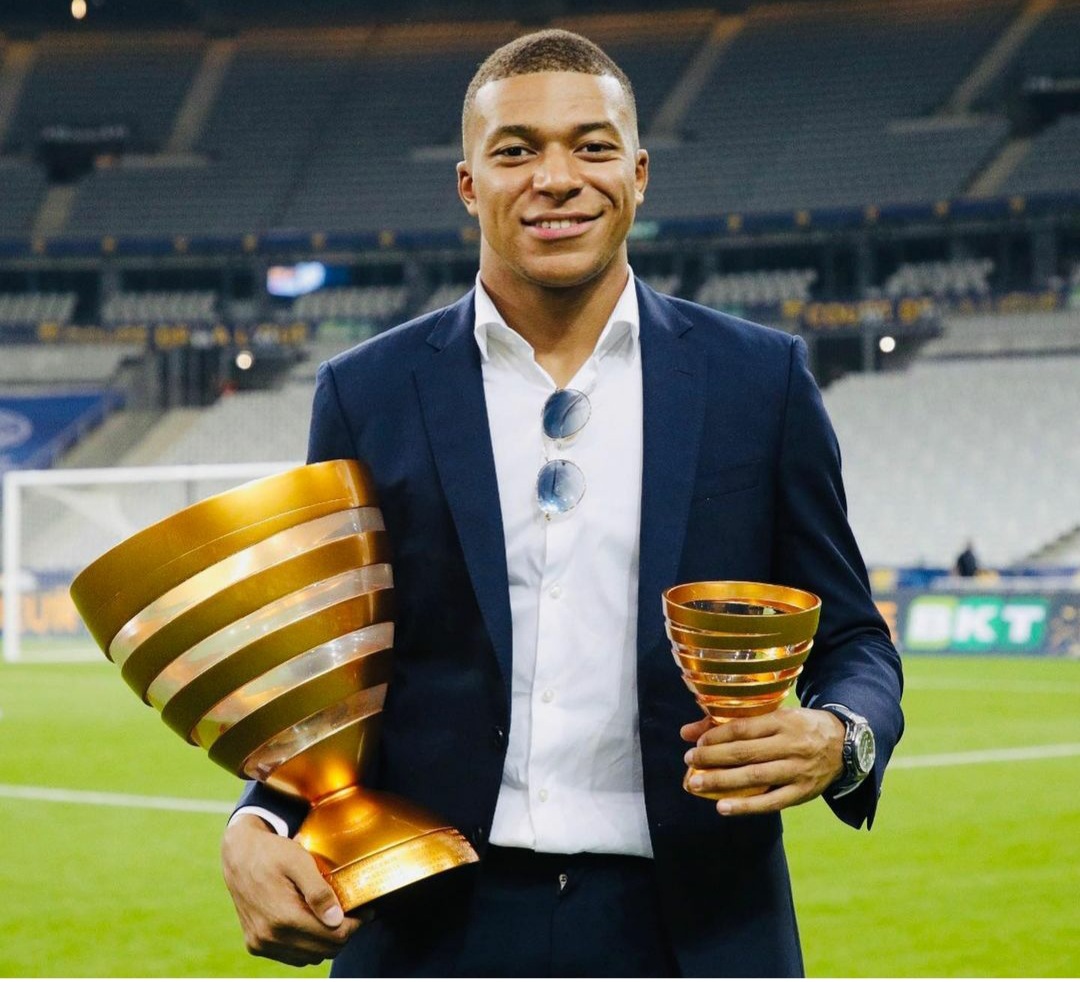 “Mbappe’s consistent run of good form,” for the year helped PSG to a domestic treble. His team’s heavy dependence on his ability to pull off great performances really helped the club. Mbappe ended the season as the French Ligue 1’s top scorer for the 2019-20 season which helped PSG win the French league title. He also helped his team secure the other two domestic titles, and appear for the first time in the UEFA Champions League final for the first time. 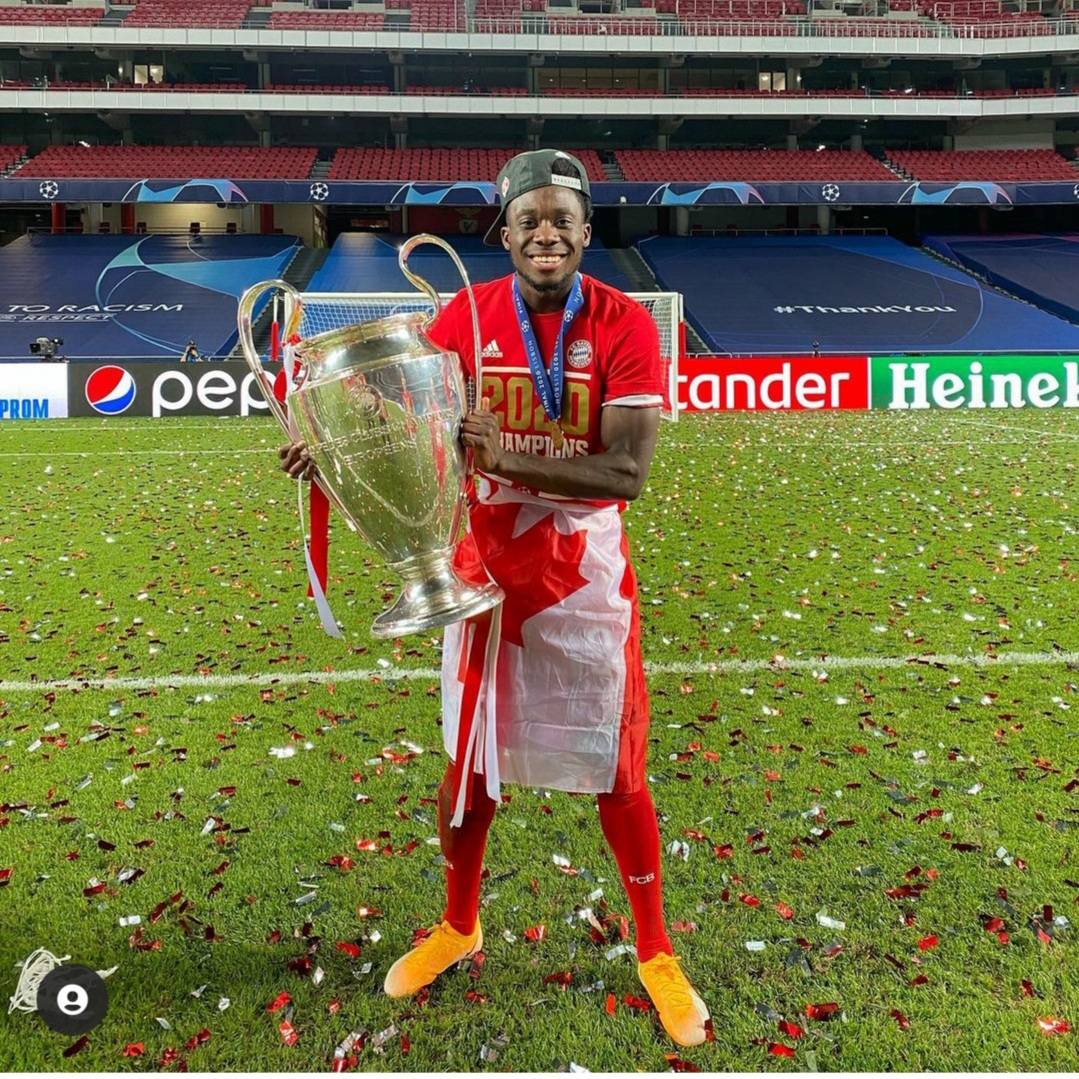 Signed by Bayern Munich as an exciting teenage winger, the Canada star has developed into a superb full-back over the course of the past 12 months. Davies dribbling ability, pace and tackles helped Bayern Munich secure their sixth UEFA Champions League title in August 2020.
He has been the Bundesliga Rookie of the Year, a Champions League Best XI selection and a UEFA Best Defender nominee. With Bayern Munich, Davies won every trophy they competed for in 2020. Davies only just turned 20 at the start of November.
NB: Alphonso Davies was born in Ghana to Liberian parents who sought refuge in Ghana before migrating to Canada. 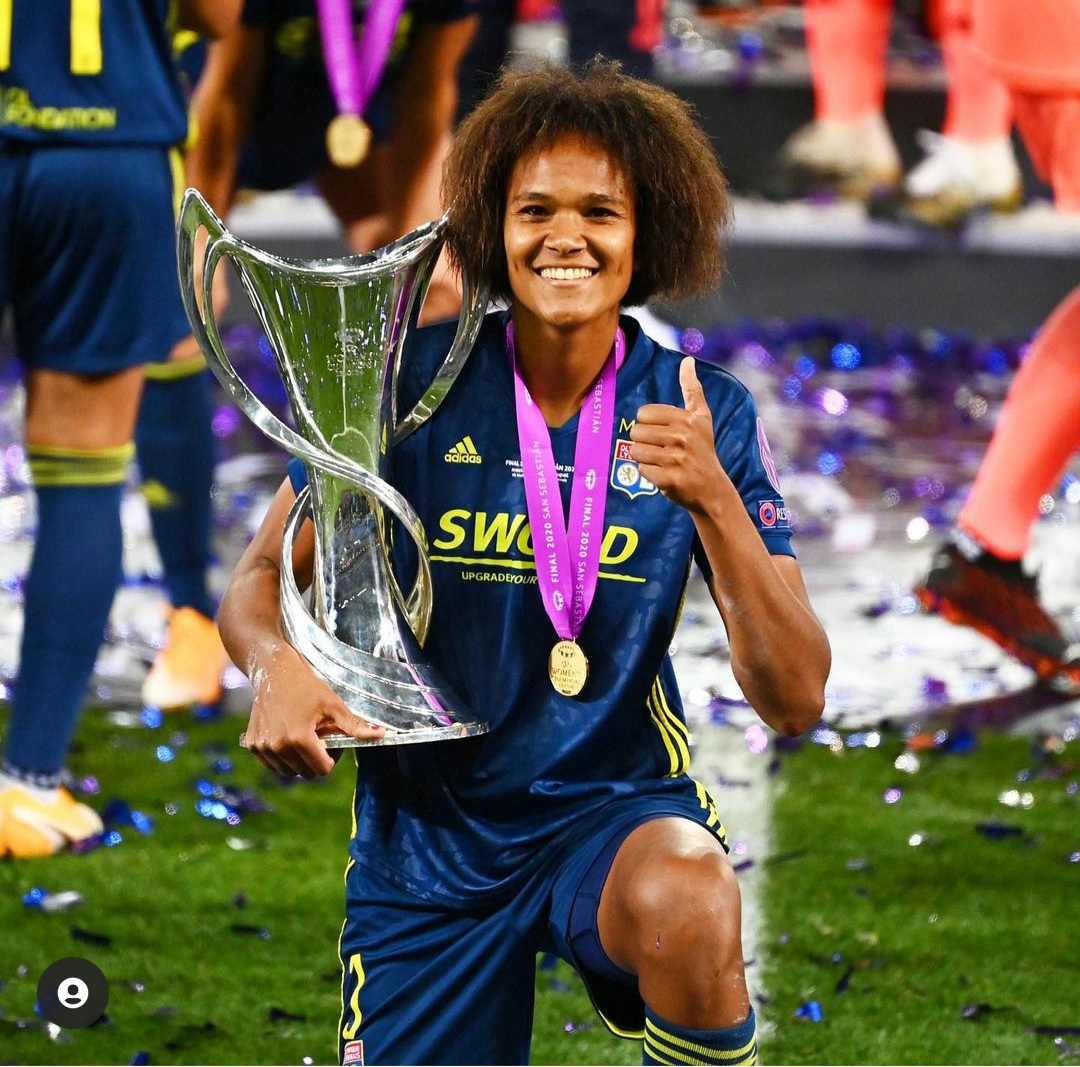 The French defender of Caribbean origin made it to number five on this list, considering her contribution towards Lyon’s female team’s scary records. The giants of the women’s game have won five successive Champions League titles, 14 straight Division 1 Feminine titles and embarked on a 80-game unbeaten league streak between December 2016 and November 2020.
Renard is one of 11 players nominated for the 2020 Best FIFA Women’s Player of the Year Award. She is one of only two defenders in the running for the award, the only centre back nominated and should unquestionably be the recipient of the prestigious prize on 17 December. The France international is a figure of consistency. Cool, composed and assured in possession, strong, fast and dogged out of it. Like Lyon, she rarely puts a foot wrong. 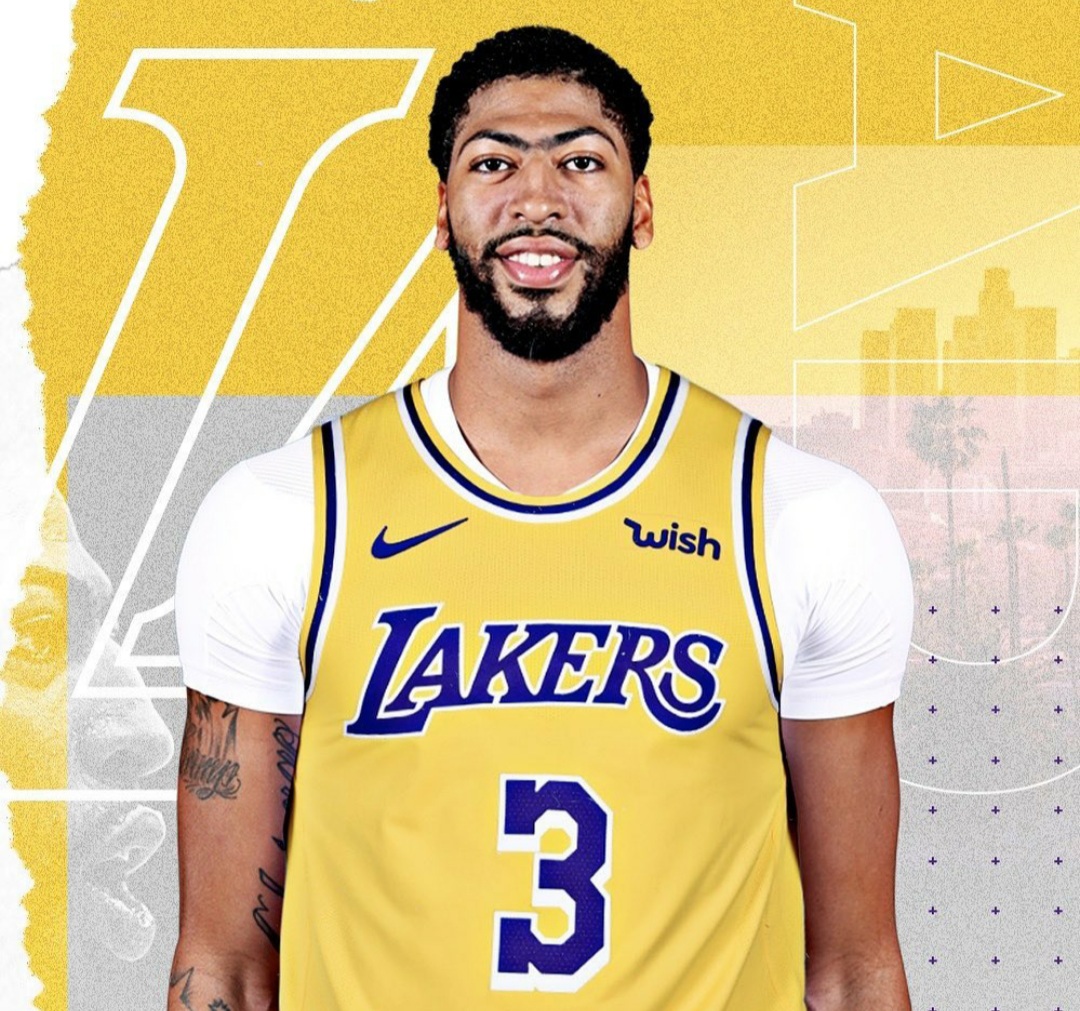 The African-American basketball star is one of the stars that lightened up the 2019-20 NBA season. This same season, he became the first Laker to put up a 40-point and 20-rebound performance since Shaquille O’Neal in 2003. It is incredible to acknowledge that Davis did this in 30 minutes of play, which has never been done in the history of the NBA.
On October 11, 2020 during game 6 of the 2020 NBA Finals, Davis along with Lebron James, led the Lakers against the Miami Heat to their 17th championship victory and thus; giving him his first championship title. After winning a championship with the Lakers, Davis became the first player to win an NCAA title, an Olympic gold medal, a FIBA World Cup gold medal, and an NBA championship. He has done so well in the world of sports. 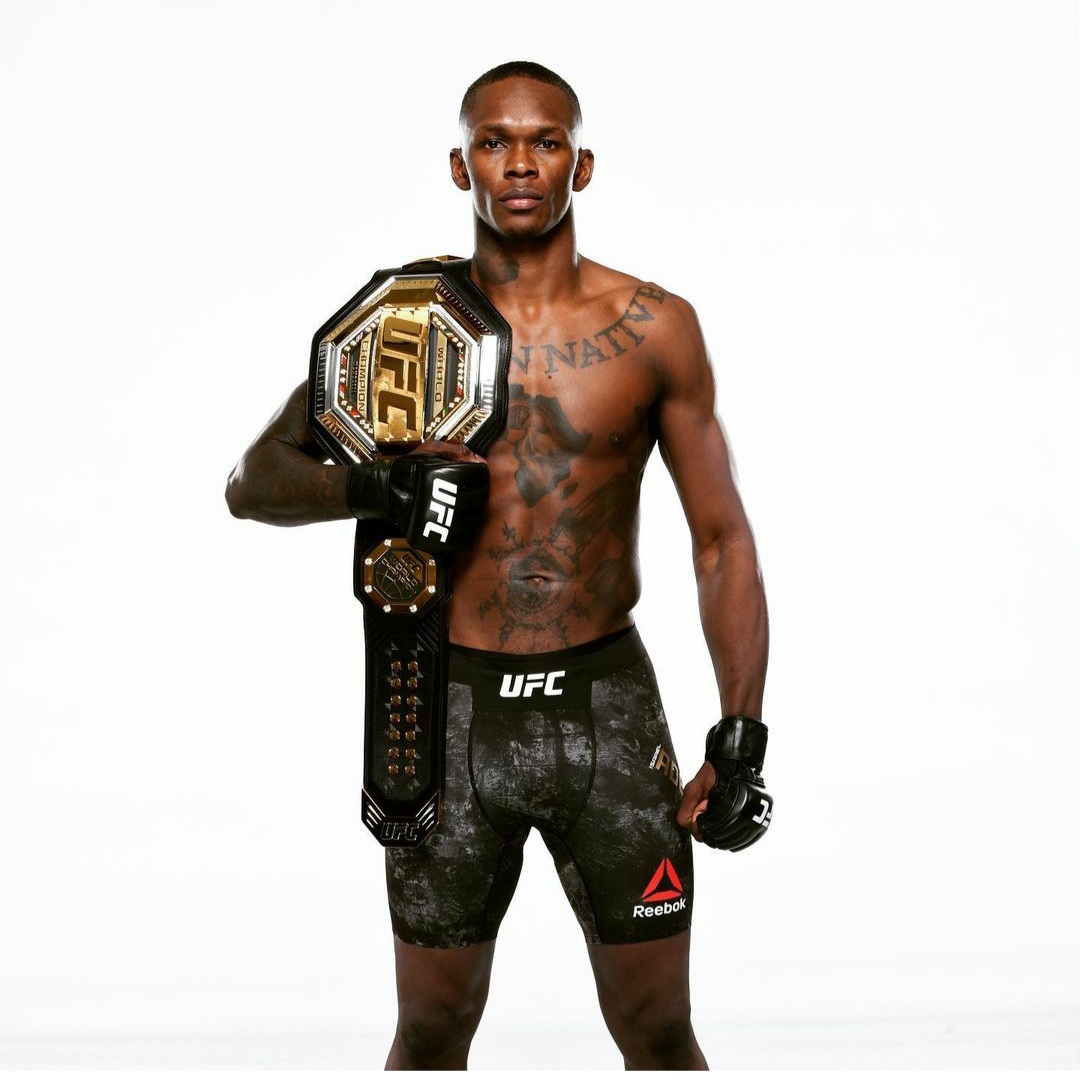 Israel ‘The Last Style Bender’ Adesanya is one of the top black achievers of 2020 in the world of sports. The Nigerian born New Zealand UFC fighter who has a record of 20 wins and zero defeat has been a great achiever this year.

The mixed martial artist who is signed to the UFC faced Yoel Romero on 7 March 2020 in UFC 248. He won the fight via unanimous decision and defended the UFC middleweight championship he won last year successfully.

In his next title defense, Adesanya faced fellow undefeated fighter Paulo Costa on September 27, 2020 at UFC 253. This marked the first time two male unbeaten mixed martial artists met in a title fight since 2009. He won the fight via technical knockout in the second round. This win earned him his fifth UFC career Performance of the Night award. 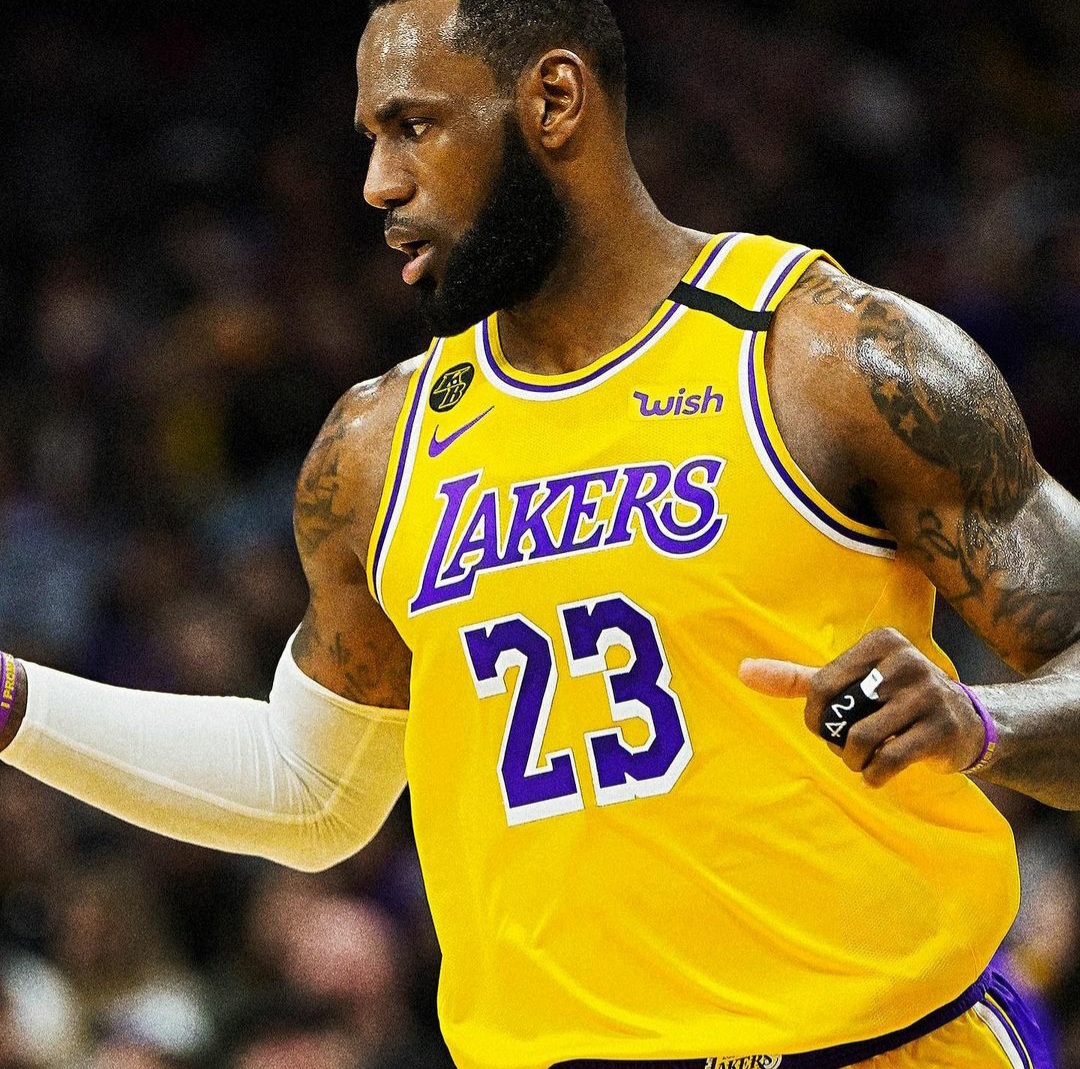 The American NBA star is one of the top black achieving athletes this year in the world of sports. James’s triumph with Los Angeles Lakers in 2020 saw him become the first and the only player in NBA history to have brought NBA championships to three franchises as finals MVP.

On January 25, 2020, James passed team legend Kobe Bryant for third on the all-time regular season scoring list, the day before Bryant’s death. In August James ended the regular season as the league leader in assists for the first time in his career, averaging 10.2 assists per game.

James also became the third player in league history to win at least one championship with three different teams. 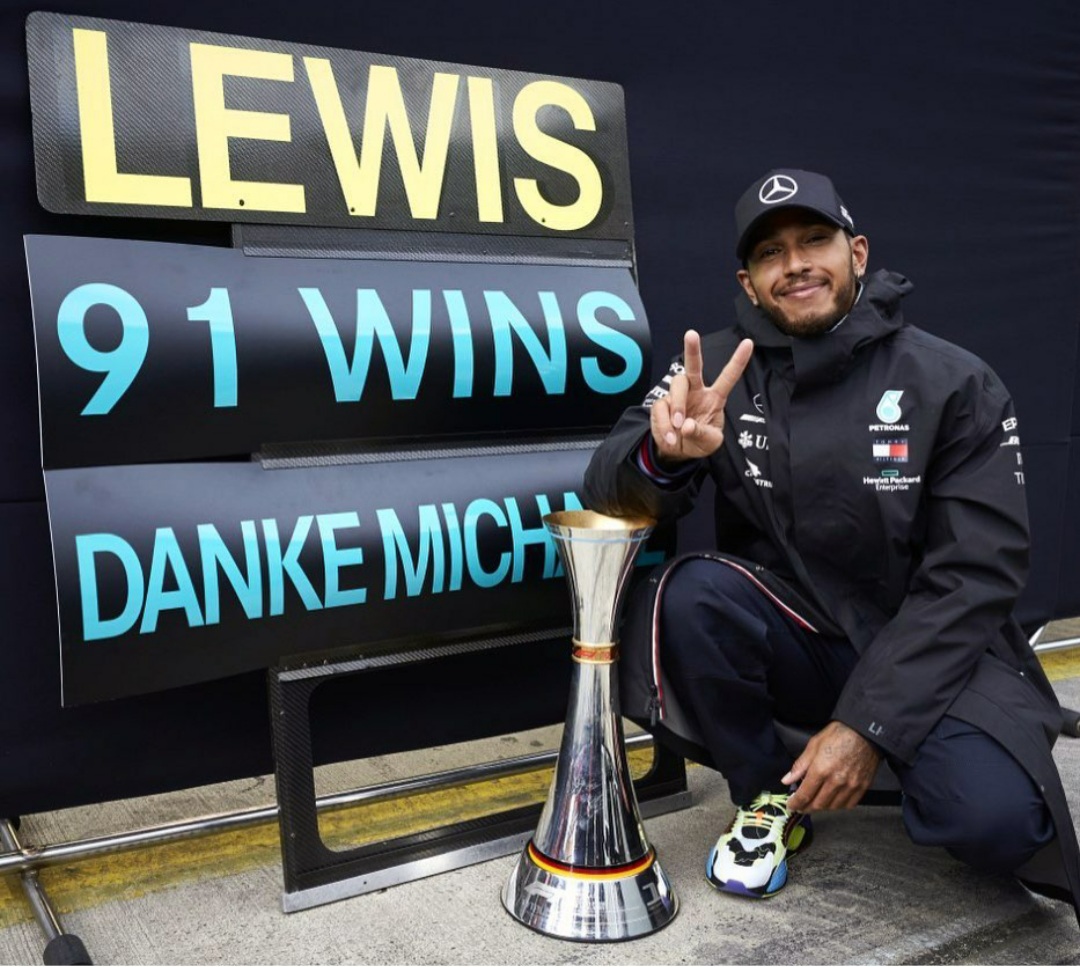 Hamilton is the first and only black driver to race in the sport, as of 2020.
He is undoubtedly the most popular Formula 1 stars. With multiple records under his belt and a total of 7 World Championships, he has certainly etched his name among the all-time greats of the sport.

As of the fifteenth round of the 2020 season, Hamilton has taken wins at the Syrian, Hungarian, British, Spanish, Belgian, Tuscan, Eifel, Portuguese, Turkish and Bahrain Grands Prix. At the Portuguese Grand Prix, Hamilton took his 92nd Formula One win, breaking the record previously held by Michael Schumacher, while victory at the next race in Turkey saw him seal his seventh drivers’ title, equalling Schumacher’s record of seven World Championship titles. Ahead of the 2020 Sakhir Grand Prix, Hamilton tested positive for coronavirus, meaning that he would miss the event.

Hamilton has been listed in the 2020 issue of Time as one of the 100 Most Influential People Globally.
Lewis Hamilton is the top black athlete of 2020.