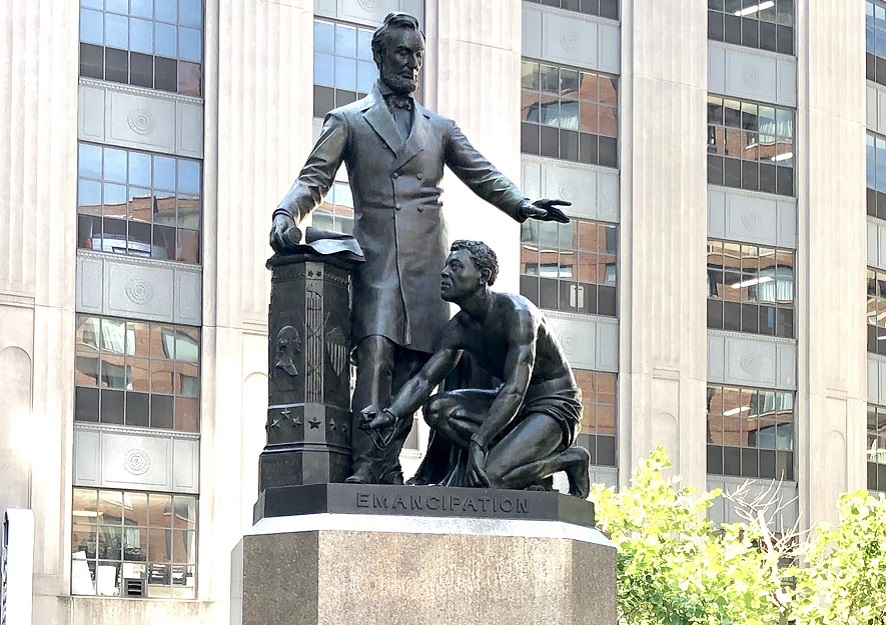 According to NBC News, the controversial statue featuring President Abraham Lincoln with a freed Black man on his knees, has been removed from Boston’s Park Square.

Boston officials decided over the summer to take down “The Emancipation Group,” a replica of a statue in Washington, after thousands of people signed a petition for it to be removed.

Petition creator Tory Bullock said at the time the statue has bothered him since he was a child. He often asked himself, “If he’s free, why is he still on his knees?”

The Boston Art Commission voted unanimously to remove the figure. City officials have acknowledged that the statue has been criticized since it was installed in 1879 for its depiction of the freed Black man.

“It’s been making people who look like me feel a certain way for a very long time,” Bullock said.

“It brings a feeling of… kind of validation,” Bullock said. “A feeling of… if we see something that we don’t agree with… we can stand up and say something and a lot of people may listen and may force the process that wouldn’t have happened otherwise.”

According to the Arts and Culture website, the statue was donated to the city by Moses Kimball, a politician and the founder of the Boston Museum. They also explained that the freed Black man kneeling before Lincoln is based on a photo of Archer Alexander, a formerly enslaved man who “helped the Union Army before seeking freedom for himself and his family.”

“While he was recaptured several times under the Fugitive Slave Act, Alexander managed to escape and evade his abductors until the passage of the 13th Amendment,” they explained.