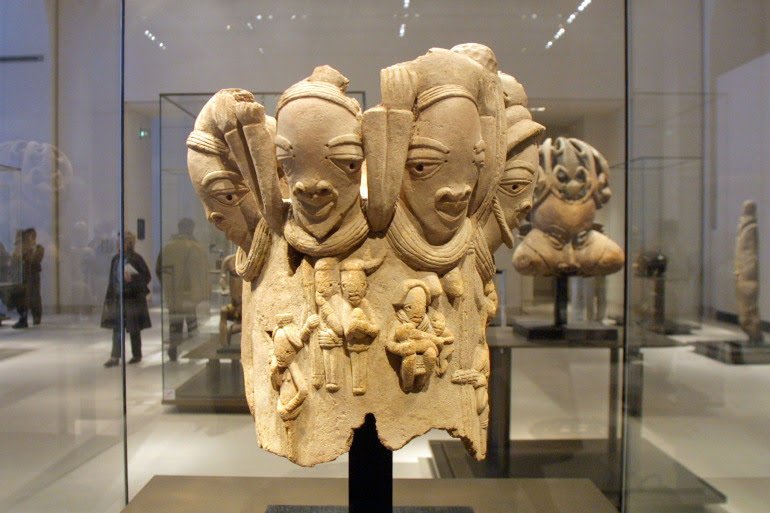 The government of the Netherlands has returned a unique terracotta head to the Nigerian Embassy in the Netherlands in compliance with the 1970 UNESCO Convention of prohibiting and preventing the illicit import, and export of cultural property. The stolen artefacts believed to be from Ile-Ife in Nigeria, was intercepted by Dutch Customs at Schiphol Airport in 2018 in a package addressed to a Dutch national with forged accompanying import documents. Nigerian authorities confirmed the authenticity of the object and formally requested for its return.

Dutch ambassador to Nigeria Harry Van Dijk on Thursday returned it to Information Minister Lai Mohammed in a ceremony in the Nigerian capital, Abuja.

“The smuggler had obtained forged documents” to take it out of the country, Mohammed was quoted as saying in a statement.

Dutch customs intercepted it at Amsterdam airport and “alerted the Information and Heritage Inspectorate of the Netherlands to give an opinion,” the statement said.

The Minister of Information and Culture, Alhaji Lai Mohammed, has formally received the repatriated Ife Terracotta from his Foreign Affairs counterpart, Mr. Geoffrey Onyeama, in company of the Ambassador of the Kingdom of the Netherlands to Nigeria, Mr. Harry van Dijk.

He said the Ife Terracotta was smuggled from Nigeria through Ghana to The Netherlands in 2019 with a forged document.

“It gives me profound joy to receive this very important antiquity, an Ife Terracotta, which is dated to be at least 600 years old. I am even more delighted that our efforts at pursuing the return of Nigerian antiquities, which we launched last November, have started yielding fruits,” he said.

He stressed that government’s resolve to seek the repatriation of the nation’s timeless and priceless artefacts.

Hundreds of Nigerian artefacts, including Benin bronzes that were stolen during the pre-colonial and colonial period, are in museums in Europe and the United States.

Mohammed said Nigeria would continue to seek their return.