Stunning Images From The 2019 Year Of Return Afro Nation Festival 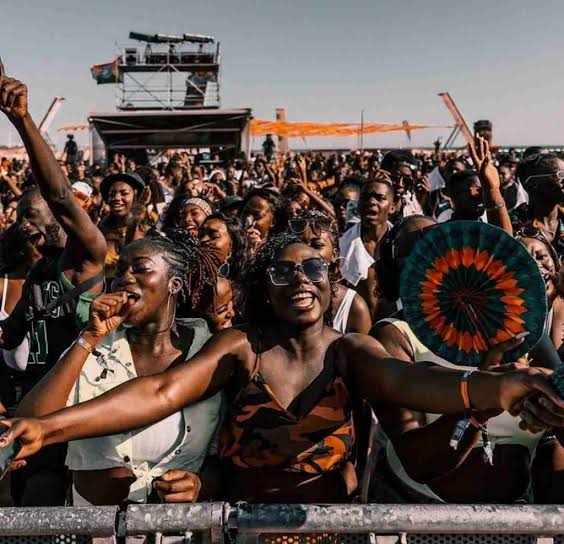 Afro Nation – the biggest urban music beach festival in Europe – made its way to Africa for another brand new festival. The Four-Day festival took place in the city of Accra, Ghana. From December 27-December 30th.

Making the most of the Ghanaian capital’s lush Atlantic coastline, white sands, and year-round average temperatures of around 30°. The festival was part of the line up of events to mark the 2019 Year of return.

The Afro nation festival took place in laboma beach. As a result, A list music Artists from different parts of Africa performed at the festival.

The brand new four-day event headed to the stunning coast of Ghana for a celebration of the best in African and Caribbean acts. All delivering their sounds on the sandy Laboma Beach. Following the complete sell out of Afro Nation Portugal, this inaugural Ghanaian edition followed followed suit. With a lineup consisting of the likes of Wizkid, Burna Boy, Davido, Alkaline and more, fans of afrobeat sounds Turned up for this monumental festival.

Sights And Sounds Of The Afro Nation Festival

The organizers posted on their Instagram page at the end of the festival. Giving thanks to the motherland.

“Our first #AfroNation in the motherland is complete. All of the support we have received means the world to us. We do it for the culture and for our people. ⁣