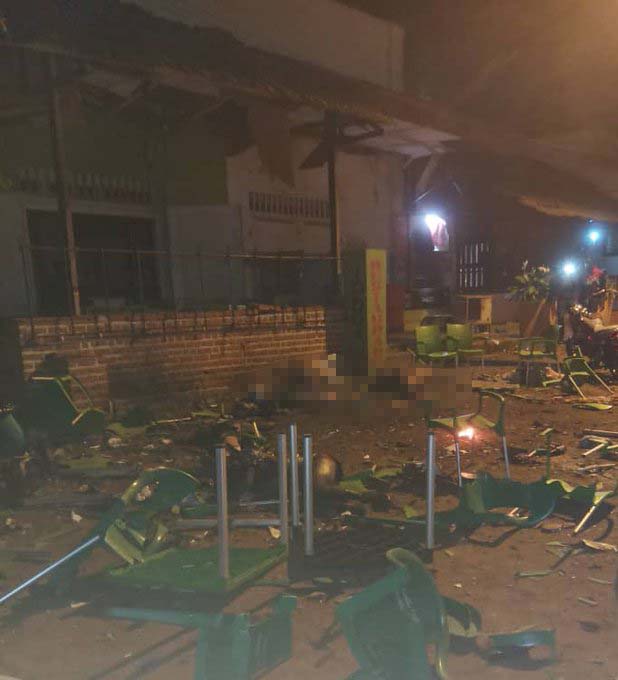 BENI, CONGO- Suicide bomber attacks and kills about 6 people in a bar.
A bar in the eastern part of Congo, in the city of Beni
was attacked by a suicide bomber as many were gathered to
celebrate Christmas.
It was gathered that an attack like this was melted on
the people where an Islamic State group affiliate took
responsibility for the attack in June early this year.
The residents claimed that heavy gunfire was heard
after the bomb went off causing chaos and fear as people
began to run for their lives.

About 13 people were being rushed to the hospital for
their wounds to be treated. Some dead bodies were found
at the site of the attack, including two children and two
local officials.
Mayor Narcisse Muteba has assured the people that
proper investigation is been carried out to find the
perpetrators of the terrorist attack.
“The suicide bomber, prevented by the security man,
activated the bomb at the entrance of the bar.” Said one
of the eyewitnesses.
The Allied Democratic Forces (ADF), the group is
suspected to have been the mastermind of this attack.
Uganda and the DRC on November 30, launched a joint
operation against the ADF in the east of the country to
try to quell the bloody ADF attacks.

The ADF has been a very deadly group established in
the eastern part of Congo in 1995. Since then it has been a
very deadly group and a thorn in the flesh of the people
of Congo and that of Uganda. It has been blamed since
then for the killings of thousands of civilians over the
past decade in the DRC, as well as the bombings in the
Ugandan capital Kampala.
General Sylvain Ekenge, spoke person for the governor
of North Kivu, said the people must remain vigilant and
also to avoid crowded areas during this holiday season.