Supreme Court nominee Judge Ketanji Brown moved to tears as Sen. Booker tells her she is worthy in an emotional speech 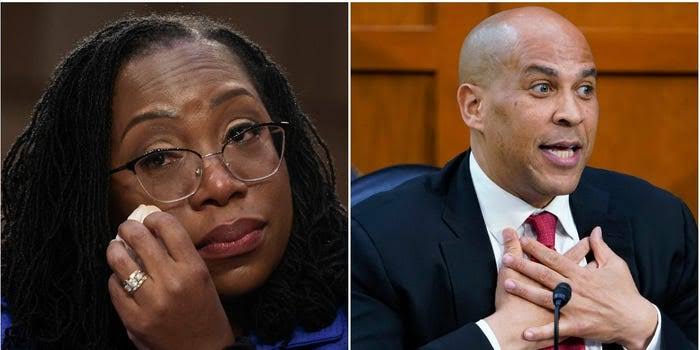 Supreme Court Justice nominee Judge Ketanji Brown Jackson was moved to tears while being addressed by; New Jersey Democratic Senator Cory Booker, the only Black member of the Senate Judiciary Committee; on March 23, which was the third day of the Judge Ketanji brown’s intense confirmation hearing.

Sen. Booker, used his time during Wednesday afternoon’s hearing to break the tension of this week’s proceedings and commend Jackson for her; “grit and grace” under the tough line of questioning the nominee’s faced. 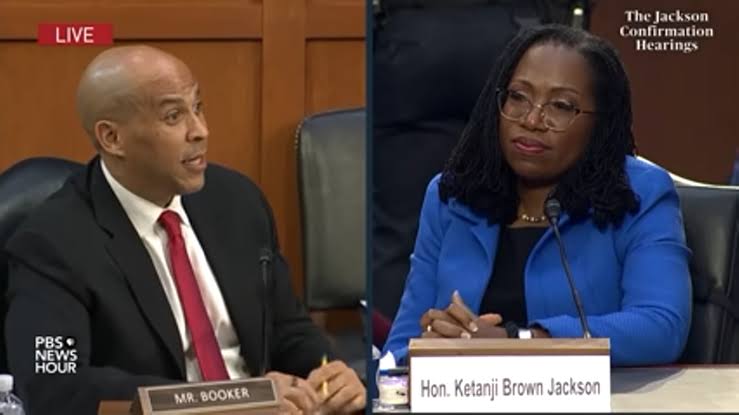 The senator applauded Jackson on her achievements, not only as a Black woman in politics; but also as a multifaceted individual whose hard work and determination could land her a seat in the highest court of the land.

“I want to tell you, when I look at you, this is why I get emotional,” Booker stated. “I’m sorry, you’re a person that is so much more than your race and gender. You’re a Christian. You’re a mom, You’re an intellectual, you love books.”

“For me it’s hard not to look at you and not see my mom. I see my cousins; I see my ancestors and yours,” the senator said.

“You have earned this spot, you are worthy. You are a great American,”; he added, speaking directly to Jackson.

“You faced insults here that were shocking to me,” Booker said, referencing the combative questioning about Jackon’s past handling of sex offender cases, her; “representation of accused terrorists and her views on anti-racism teaching in schools,” detailedthe Associated Press.

While speaking about the nominee’s love for America, the same love her ancestors, generations of Black Americans, immigrants and those who find her story relatable have used as motivation, Booker said, “You are here because of that type of love.”

“Nobody’s taking this away from me,” he continued, speaking on his joy about the historic nomination. “They’re gonna accuse you of this and that — but don’t worry, my sister. Don’t worry. God has got you. And how do I know that? Because you’re here, and I know what it’s taken for you to sit in that seat.”

If Ketanji Brown Jackson’s nomination is confirmed, she will be the first Black women U.S. Supreme Court Justice ever.