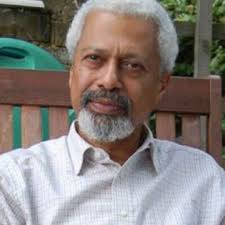 It’s a great day for Tanzania and the writing industry at large as renowned novelist Abdulrazak Gurnah wins the 2021 Nobel Prize in literature. Born in 1948, Gurnah grew up on the island of Zanzibar but later flew to England as a refugee towards the end of the 1960s.

He began his writing career at a young age of 21 years. He has so far managed to publish 10 novels and a number of short stories. Gurnah is well known for his novel, “Paradise” published in 1994. This novel narrates the happenings in East Africa during the First World War.

The Nobel Prize is worth 10 million Swedish crowns ($1.14 million, or sh 125 million). It was created in honor of Swedish dynamite inventor and wealthy businessman Alfred Nobel. The prize has been around for approximately 120 years and it is awarded by the Swedish Academy.

Other prominent figures that have won this award in the past include Louise Gluck, Bob Dylan, Winston Churchill and Eugene O’Neill. The Swedish Academy honored Gurnah “for his uncompromising and compassionate penetration of the effects of colonialism and the fate of the refugees in the gulf between cultures and continents”. Congratulations Gurnah. The win is well deserved!