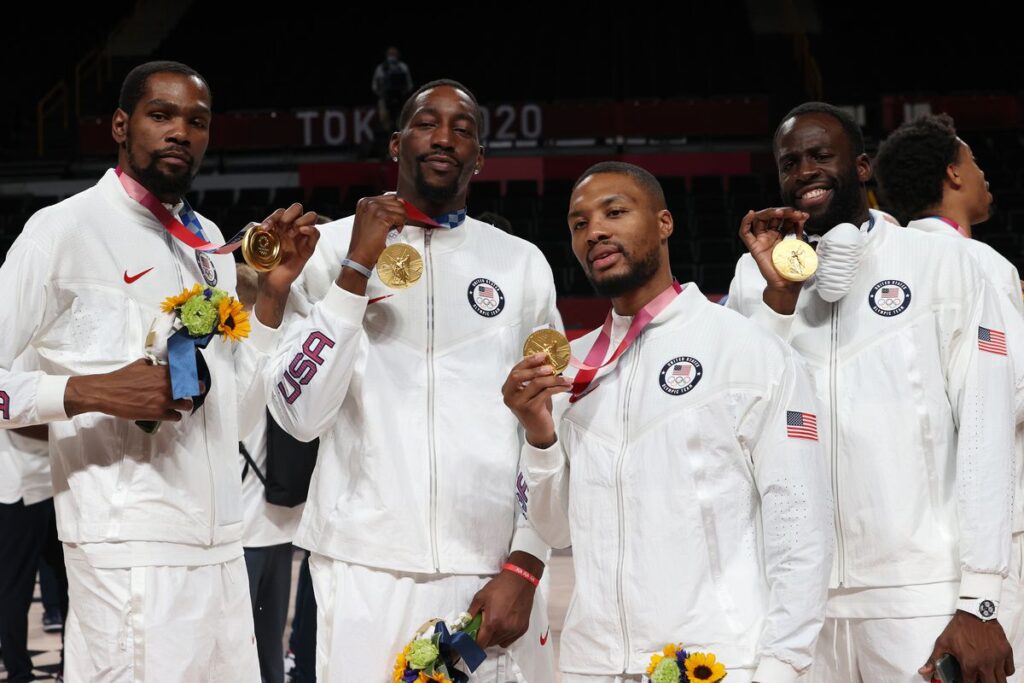 On Friday night, the U.S. men’s basketball team secured their fourth straight gold medal at the 2020 Tokyo Olympics. Thanks to 32-year-old superstar Jevin Durant who secured 29 points to cap an incredible Tokyo run late last night as the Team USA defeated Rudy Gobert and the French in the tournament championship.

Team player Jrue Holiday also showcased his ‘super champion’ defense and finished with 11 points and five rebounds. Damian Lillard trail blazed through his abdomen injury while Draymond Green and Jayson Tatum stepped up on defense when needed. Can’t forget about the coaches Gregg Popovich, Steve Kerr and a few others adjusting to last minute situations that helped Team USA bring the title back home.

Holiday and Khris Middleton are the first teammates to win an NBA championship and a gold medal in the same year since Michael Jordan and Scottie Pippen in 1992. “Definitely a great summer,” Holiday said after the win.

The close call game took a lot of fans on an emotional roller coaster and had us doubting if they could actually pull off the win! However, Durant wasted no time between excelling on the court and excelling online. Here he is, along with teammate Draymond Green, right after the final buzzer on Instagram Live, letting the haters and doubters have it.

“I hate to compare stuff because everything has its own moment,” Durant said. “But this is one of those special journeys that is hard to describe. Each and every one of us put in that work every single day. We all came in with that goal of, ‘Let’s finish this thing off, let’s build a family, let’s build and grow this team every single day.’ Each game we continued to grow. It was just that journey which was so important.”

“I HAD TO TALK TO MY SH*T REAL QUICK”

KD AND DRAYMOND LETTING THE DOUBTERS HAVE IT! 🤣🤣 PIC.TWITTER.COM/HTDBI1A2VT