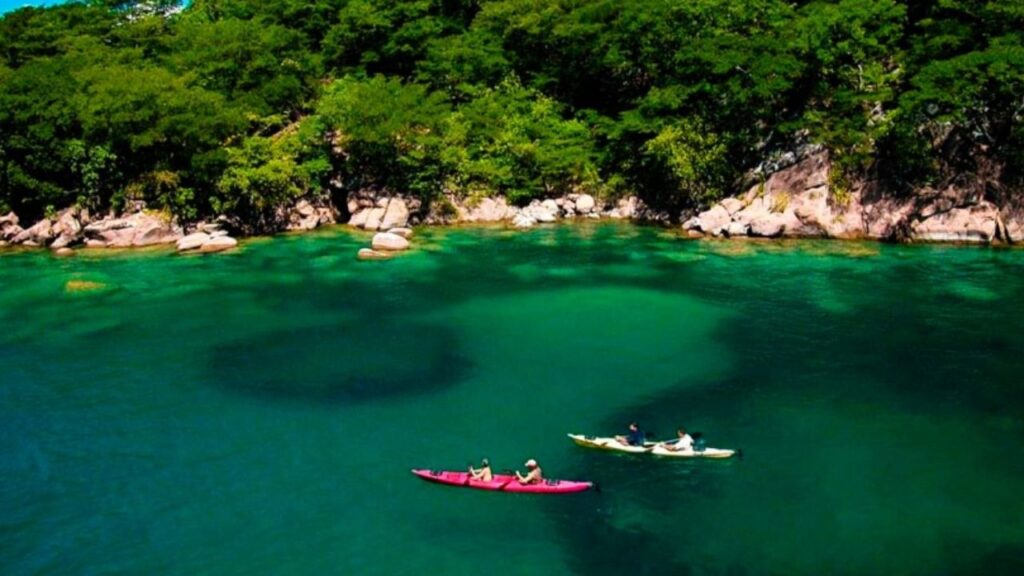 If you are a lover of nature then this article is going to appeal to you. Ever heard of the Calendar Lake? Let’s tell you a bit about this beautiful lake which is one of the largest in the world.

The Calendar Lake passes through three countries namely, Malawi, Tanzania, and Mozambique. It is attributed more to Malawi because a larger part of the lake can be found there.

It is the second deepest lake in Africa and the fourth largest freshwater lake on the planet. The beautiful lake which has been described as the jewel in Malawi’s crown was discovered in 1859 by renowned explorer and missionary of British origin, David Livingstone.

As at the time of discovery the lake was named Lake Nyasa by Livingstone. Most natives of Malawi still refer to the lake by that name.

In fact, in Mozambique, the lake is only referred to as Lake Nyasa. In 1980 a National Park was established on the lake to cater to visiting tourists. You can enjoy several activities here such as kayaking, scuba diving, etc. As the lake is very clear and alluring.

With all this said you probably are wondering why the lake is referred to as Calendar Lake. That’s the secret that is about to be unraveled.

The Lake is named thus because of its very many similarities to the Gregorian calendar.  The depth of the lake at the deepest point is 352 miles while its width at the widest point is 52 miles. Finally, 12 rivers flow into this amazing lake, and that’s how the name Calendar Lake came about.

The Lake has also been nicknamed the aquarium of tropical fishes, this is because it plays host to myriads of tropical fishes. The National Park also has several wild animals on display for the pleasure of tourists. The Lake is a top-class destination for lovebirds and honeymooners, or an old couple seeking a weekend getaway.

The Lake is not just a beauty to behold, it comes with a bit of history as well. It was the battleground where the navy arms of Britain and Germany fought during World War I. The precise date of the battle was August 16, 1914, the reason for the battle was the command issued to Captain Rhoades to destroy, sink, or burn the German Navy vessel on the lake.

Fun fact :
Lake Malawi is known as the ‘Calendar Lake’ because it is 365 miles from top to bottom, 52 miles at its widest point and 12 main rivers flow into the lake.

You learn something new everyday! pic.twitter.com/pgUyWvLoSJ

Lake Calendar is one destination that should definitely be on your bucket list as it has great views, remarkable history, and awesome activities to keep you entertained.

Top 10 Clubs to have great night time fun in Africa

Some Black-owned beautiful resorts in the Caribbean