The Black Lives Matter Movt. Faces Fresh Backlash after Praising the Cuban Regime and blasting the US

The black lives matter movt. is facing  round of backlash and criticism after they posted a statement lampooning the U.S; and going ahead to praise Cuba’s government while the island is dealing with mass protests.

The statement, which was initially posted on Instagram and then later on posted on Twitter, blamed the U.S. embargo for Cuba’s rising protests and instability. The message also praised the Cuban government for historically granting Black revolutionaries asylum.

The statement of the Black Lives Matter Movt.

BLM said Cuba is being “punished by the U.S. government because the country has maintained its commitment to sovereignty and self-determination.” The black lives matter movement also added that Cuba has been an ally with the; “oppressed peoples of African descent”; and praised the country’s effort to protect “Black revolutionaries like Assata Shakur.”

BLACK LIVES MATTER HAS RELEASED A STATEMENT ON CUBA: PIC.TWITTER.COM/NGNT1O1OZE

The black lives matter Movt. issued its statement around the same time Cuban President Miguel Díaz-Canel admitted in a press conference Wednesday that his government’s failures have played a role in the protests and unrest. However, he also blamed U.S. sanctions installed by former President Donald Trump. 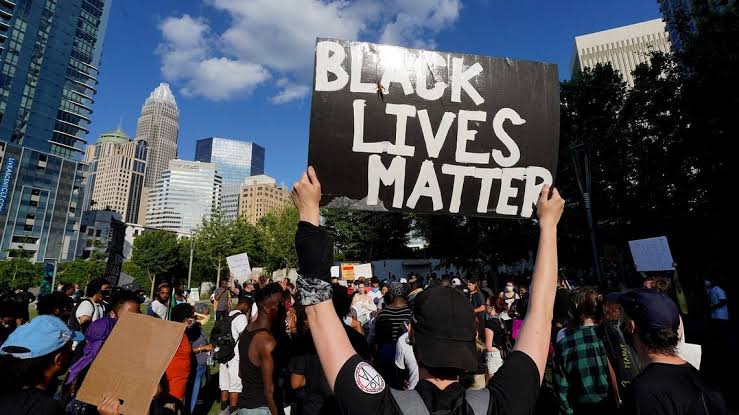 According to blackenterprise, in the last year, Cuba has dealt with the coronavirus pandemic; which resulted in a significant hit to its tourism industry. Additionally, the country has also been hurt by inefficiencies in its state-run government.

Sen. Marco Rubio (R-Fla.) took shots at the BLM organization in a tweet linked to the statement.

“The extortionist ring known as the Black Lives Matter organization took a break today from shaking down corporations; for millions & buying themselves mansions to share their support for the Communist regime in #Cuba,” Rubio tweeted.

Secretary of State Anthony Blinken quickly denied the claims by Díaz-Canel and BLM that the U.S. is to blame for Cuba’s issues; saying Cuban residents are tired of living in a mismanaged economy.

“That is what we are hearing and seeing in Cuba, and that is a reflection of the Cuban people; not of the United States or any other outside actor,” Blinken said, according to Fox News.

CNBC reported the State Department is considering an array of options to help Cuban residents.