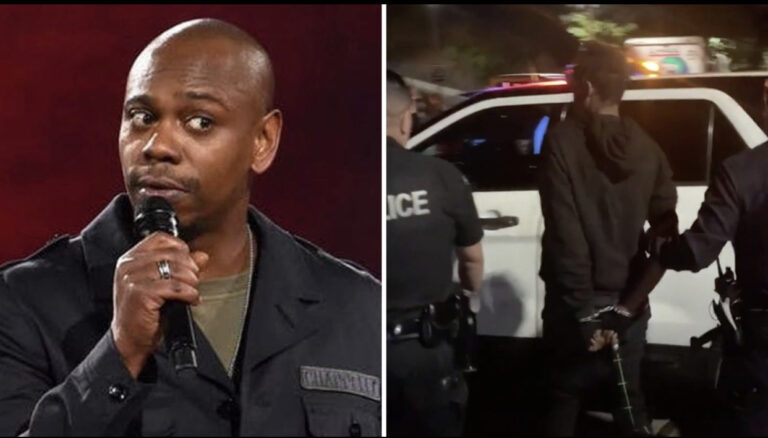 Despite carrying a replica pistol with a folding knife blade attached to it, Isaiah Lee, who attacked Dave Chappelle during a performance at the Hollywood Bowl on Tuesday, will not face felony charges. Instead, he was charged with four misdemeanors.

After declining to file felony charges, the district attorney’s office referred the case to the Los Angeles City Attorney’s Office.

Furthermore, he stated, “After reviewing the evidence, prosecutors determined that while criminal conduct occurred, the evidence as presented did not constitute felony conduct. The District Attorney’s Office does not prosecute misdemeanor crimes within the City of Los Angeles.”

The reason for this is that Lee did not appear to brandish the weapon during his assault on Dave Chappelle, but instead had it hidden inside a bag he was carrying.

Lee was charged with four misdemeanors, including battery, possession of a weapon with intent to assault, unauthorized access to the stage area during a performance, and commission of an act that delays or interferes with the performer.

The misdemeanor charges were announced by Mike Feuer just hours after the city’s top prosecutor, District Attorney George Gascon, declined to prosecute Lee. “My office takes protecting public safety extremely seriously, and we are going to vigorously prosecute this case,” Feuer said in a video.

Lee is still being held in jail on $30,000 bail. An investigation is underway to determine how Lee not only got into the Bowl with the weapon, but also how he got to the front of the stage before charging at Dave Chappelle.