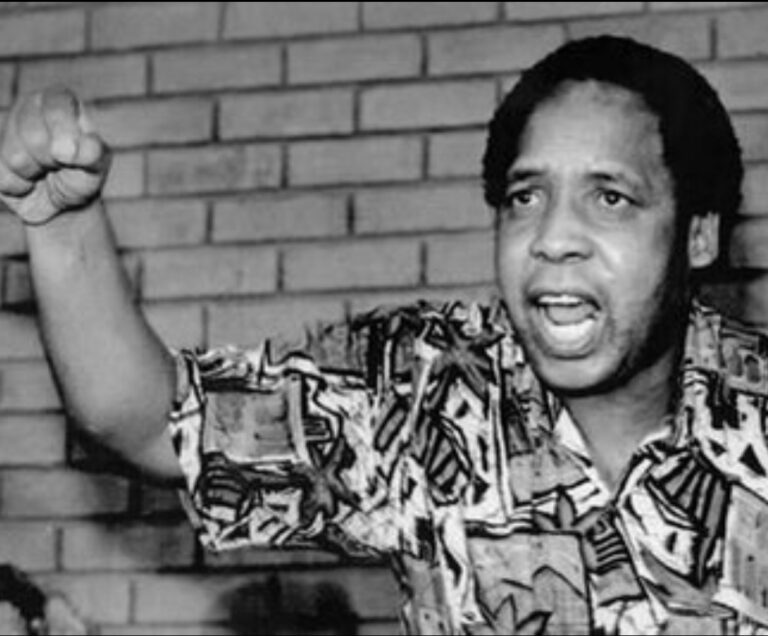 According to sources from the municipality of Ekurhuleni, where the monument honoring anti-apartheid activist Chris Hani is located, the grave of the activist was vandalized in South Africa a week after the contentious announcement of the early release of his killer.

“The monument was vandalized overnight from Saturday to Sunday. One of the pillars is badly damaged. One side collapsed and the lighting system was stolen,” spokesperson Zweli Dlamini told AFP of the city located east of Johannesburg. An investigation was opened for theft and vandalism.

Four marble columns that make up the monument stand in for the African National Congress (ANC), which has been in power since democracy’s inception in 1994, and represent the four pillars of the struggle against white power.

Following the ANC’s demand, scores of people gathered on Saturday to protest the release of Chris Hani’s killer, who is imprisoned in the Hall of Heroes of the Anti-Apartheid Struggle and whose disappearance is remembered every year in South Africa.

The ANC said in a statement “deeply saddened by the vandalism and desecration” of the monument.

Communist leader and senior member of the armed wing of the Liberation Party, Chris Hani was killed aged 50 at close range in his driveway on April 10, 1993, by the Polish immigrant linked to the far-right white Afrikaner, Janusz Walus.

Ahead of the nation’s first democratic elections, delicate talks with the white power were being conducted at the time. The assassination exacerbated racial tensions and provoked violent riots in the townships of South Africa shaken by the last gasps of the racist regime. In a vibrant televised speech, Nelson Mandela called for calm.

When the new government abolished the death penalty in 1994, Janusz Walus, now 69, had already been given a death sentence. However, his sentence was changed to life in prison.

After several refusals, the court granted him conditional release on November 21. He must be released from prison no later than December 1. Chris Hani’s widow has denounced a “diabolical judgment”.