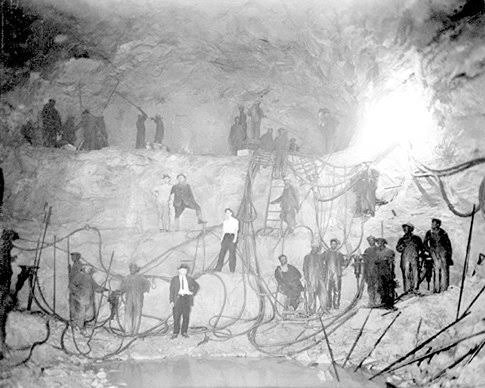 This Hawk’s Nest tunnel disaster in West Virginia is one of the worst industrial tragedies in the history of the United States of America.

Construction began in 1930 on a three-mile tunnel through Gauley Mountain located between Ansted and Gauley Bridge, West Virginia. The Hawk’s Nest Tunnel was to divert water from the New River to a hydroelectric plant downstream when finished; and the diverted water would be used to produce electricity for Union Carbide’s metals plant at Alloy, West Virginia. But, to build the tunnel through solid rock, hundreds of unemployed men had to recruited for construction jobs on the project and at least two-thirds of these workers were African Americans.

But as the men drilled and blasted a 32-36 foot tunnel through the mountain; they drilled through rock that contained high levels of silica. The dry drilling technique that the men used tragically released large amounts of silica dust into the air. This silica dust made working in the tunnel very dangerous and when the Black diggers emerged from the hole in the mountain; they were covered with layers of white silica dust because the interior of the tunnel was a white cloud of silica; which impaired the vision and clogged the lungs of workers.

The Hawk’s Nest Tunnel was licensed as a civil engineering project and not even the most modest forms of safety were not applied. The workers labored in confined spaces with poor ventilation, lack of dust control, and a limited use of personal breathing protection. The working conditions were so inhumane that within a months; hundreds of workers became sick from breathing silica dust. The workers showed signs of a lung disease called silicosis but were treated for a new disease called “tunnelitis”. Silicosis is a disease that infects the lungs leading to a shortness of breath and eventually death and it cannot be cured.

Following the dangers of the Hawk’s neat tunnel, the time frame of employment in the tunnel rarely lasted more than a year; as the dangerous working conditions and silica dust
rendered many of the men unable to work. 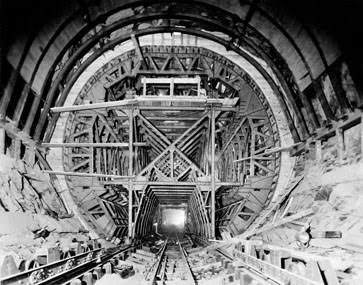 The Excavation of the Hawk’s Nest Tunnel lead to the greatest death toll ever from silicosis in the United States; And of the approximately 5,000 men that worked on the project, an estimated 2,900 worked inside the tunnel. Of these men, silicosis claimed the lives of at least 764 workers and the majority of the dead were African Americans. In the years after the project was completed; many more died due to their exposure to silica dust while working in the tunnel.

No Burial place for the African American workers

Following the death of so many black workers, the problem of where to bury them became arose. There was no burial sites nearby for black workers and in order to solve the issue; a funeral parlor in Summersville, West Virginia located an open field on Martha White’s farm to bury them. This field became the burial grounds for many of the African Americans who died working on the tunnel project.
A narrator speaks thus of the cemetery;

“I used to rabbit hunt over there on the Martha White farm out in the fields before Rt. 19 came through here. I could see the graves. They were little soft mounds of dirt with grass over them. If you were not careful, you could step on one and it would cave in. They were in rows right up and down the fence line. They moved a lot of them when the highway came through. Dug up the graves and took what was left down by Hughes Bridge on the Gauley River to bury them again.”

To this day, the tunnel continues diverting water from the New River to produce hydro-electricity for the Alloy plant. Silicosis has also now been designated as an occupational hazard disease with a compensation for workers. However, the black tunnel workers at Hawk’s Nest were not protected by these laws.

A memorial on Highway 19 was established to remember and honor the many victims of the Hawk’s Nest Tunnel tragedy.