The Inspiring Story of Chidiebere Ibe, the 25-Year-Old Nigerian Student Fighting To Bring Black Illustrations in the Medical Field 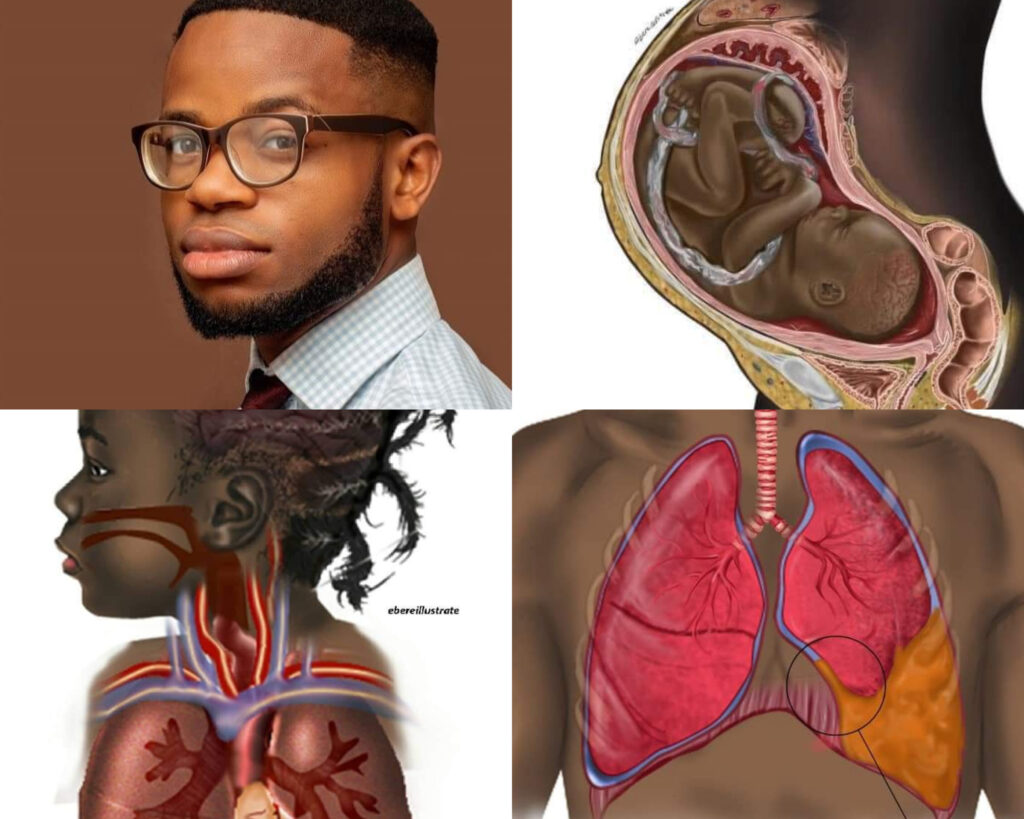 Did you know that only 4.5 percent of images in general medicine illustrate black skin? Well, Chidiebere Ibe is working towards changing this narrative and bringing black illustration in the medical field. Until late last month when Chidiebere Ibe posted a medical illustration featuring a black body on his instagram account most people in the world had never encountered such an experience.

Ibe’s image of a black fetus inside a black woman’s womb posted on 24th November went viral raising a lot of concern on the underrepresentation of black people in medical illustrations. One twitter user shared the photo and wrote, “I’ve literally never seen a black fetus illustrated, ever.”

Ibe is a 25 year old Nigerian medical student that describes himself as a self-taught medical illustrator. Speaking to NBC News Ibe said that he started drawing anatomy focusing on black skin about a year ago. He noted, “I made a deliberate action to constantly advocate that there be inclusion of Black people in medical literature.”

What inspired Ibe to take this route?

It’s not every other day that you meet a young professional with a promising career future endeavoring in such a move. Ibe, who is a chemistry graduate, narrates that his interest to study medical illustrations began shortly after his graduation.

During this time the young man who was preparing to join medical school had just landed a job at the Association of Future African Neurosurgeons. As he was learning anatomy at the organization under Dr. Ulrick Sidney, Ibe realized that the drawings he saw weren’t in Black skin. From this point his desire to study medical illustration and focus on black skin was born.

Ibe’s image has been retweeted more than 50,000 times. It has also received over 330,000 likes. Ibe has also won a PHD scholarship in a New York based university following his work. He is also selling the image as a non-fungible token for ten Ethereum which amounts to $38,000. He stated in an instagram post, “Some of the proceeds from the sale would be used to finance the initiatives I have been working on to give back to the community, in measures of training, mentorship and empowerment in my niche.”