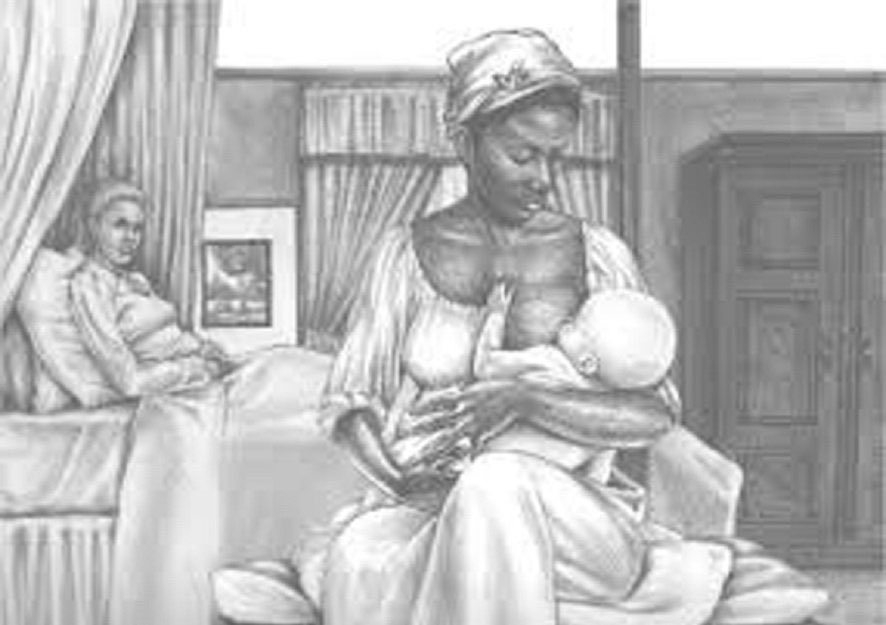 The Story of how enslaved African mothers were forced to breastfeed and nurture white babies during the times of slavery is one we can never get over.

The bond that is created between a mother and her child when she breastfeeds the baby should never be taken for granted, Because of the natural advantages that come with breastfeeding it is cherished and loved by everyone.

Some African Beliefs on Breastfeeding

There are numerous African beliefs regarding breast milk such as :

Breastfeeding during the Slave trade

The Slave trade came with a lot of merits to western societies. The primary duty of a slave was to work on plantations increasing productivity.

Slaves often labored for long tedious hours under the sun with no reward or pay for their hard work. Their presence made traders and plantation owners more productive which on the other hand made their living conditions very harsh.

After a while, the commitments of slaves extended to domestic work, and female slaves became of high value. In addition to their plantation duties; many female slaves were taken into the homes of their masters to clean, cook with their priority being to take care of their mistresses. The domestic worker was made to help in caring for the child, if a mistress had too many children

Female Slaves were made to Breastfeed

During these times, female slaves were made to take the position of low-class women paid to breastfeed babies, a practice known as wet nursing.

By the 17th century, the act of wet nursing by slaves had become very popular in Europe. The practice got to America through British settlers

Wet nursing was an excuse for many white mothers to avoid breastfeeding with hopes of maintaining their stature and avoiding the “messy” part of motherhood. 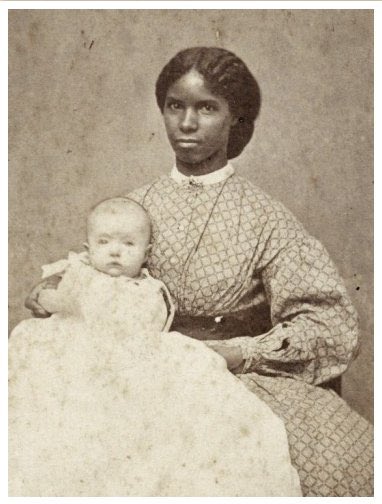 The act was discerned as self-demeaning and women who were seen breastfeeding were often thought of as poor, uncultured and often shunned.

The Practice became  more popular when doctors of that time did all they could to prove that breastfeeding was an unhealthy act for women. Many people believed that doctors received huge sums of money to write such reports.

The fact that the Slave children grew healthy; while many white families lost their children to ill health added fuel to the fire;  it made the westerners use force on slave mothers; to breastfeed their white children so that they could develop better and survive the early months of childhood.

The Trend became Popular in the 18th Century

The trend had become very Popular, By the 18th century.

Once a slave mother gave birth to a child, she was quickly assigned to a white mistress and forced to breastfeed her white baby instead of her own.

Healthy and young slave women were also forced to breastfeed white babies; after doctors discovered that the continuous sucking of a sexually active female breast could result in lactation. 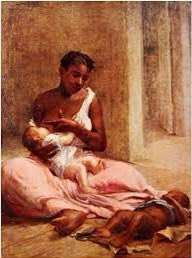 The agonizing pain for both the Slave woman and her child

While they breastfed white babies at the expense of theirs, slave mothers tried to keep their children alive by feeding them with concoctions they believed will be good substitutes for milk.

Slave mothers also gave cow milk and dirty water which were not suitable for their babies’ health. This resulted in high deaths of babies of slaves duringmnk the slave trading era.

At the peak of forced wet nursing, slave traders often kidnapped newborn babies from their slave mothers. The pain in the breasts left these women with no choice but to breastfeed other babies who were often white. Some reluctant slaves were beaten and often milked like cows to feed white babies.

Slave mothers often kept the white babies in their homes until the child’s family felt it was time to take them back. Since the living conditions of the slaves were not the best, several white babies died. Speculating that slave mothers were killing the babies out of spite, they were later forced to move in with the family where they could be monitored.

Sadly, The enslaved wet nurses were rejected by their husbands, especially after the death of their children. Another consequence of the practice was slave masters and their sons having affairs; with slave women resulting in increased births of mixed-race babies.

The Practice started to Decline

The practice started to decline after slaves were slowly getting their freedom. Most of the wet nurses were redeemed by their families or lovers who bought their freedom for them.

A few African-American women continued wet nursing after slavery had been abolished. Though they were discouraged continuously, they did the job in secret and earned more than self-employed freed slaves and butlers. They were often called prostitutes or shameless women.

Wet nursing has been in existence, for many centuries dating as far back as the biblical days. However, in history, only Enslaved mothers were forced into the act.