The Major West African Tribes you Should know

The Major West African Tribes you Should know.

If you’ve ever talked to an African or been to the African continent, you’ll notice that people’s tribes are a dominant aspect of their individual identity. Even before the concept of a nationalistic identity, Africans base their identity more on the tribes. They also place a high value on it since these tribes existed centuries before the colonizers created borders and drew country lines all across the continent. The thing is, there are thousands of ethnic groups and tribes across Africa and trying to understand them can be quite overwhelming. To make things easier, here’s a list of the major West African tribes you need to know. 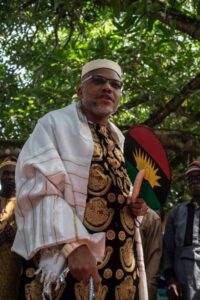 The Igbo people predominantly occupy southeastern Nigeria and speak the Igbo language. Before colonization, the Igbos were not a single united group, but instead existed as separate local communities with a lot of similarities. This changed by the mid 20th century as a strong sense of a unified Igbo identity was developed due to certain political influences.

A major staple of their economy was farming, with certain festivals like the New yam festival being dedicated to the harvesting of crops. They also practiced a traditional religion and a belief in numerous indigenous deities and gods until the European influence of Christian missionaries in  the  20th century .

The Soninke are a Mande speaking people found in Senegal, north western Mali, Gambia and southern Mauritania. They were the founders of the ancient Ghana empire and after contact with Moroccan Almoravid traders in the 11th Century, they became one of the first ethnic groups to embrace Islam is in sub Saharan Africa. This relationship further expanded their influence.

There are currently over two million Soninke people spread across western Africa, many of whom traditionally practice trade or agriculture

They speak the Soninke language and  are still a predominantly Muslim group and share a culture with neighboring ethnic groups that has a lot of Islamic influences. 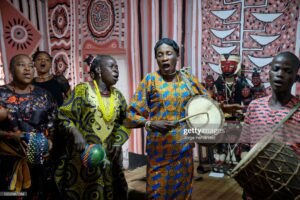 The Yoruba people are one of the largest groups of all the west African tribes and reside in southwestern Nigeria, Togo and Benin. Oduduwa is said to be the founding father of the Yoruba according to oral tradition. named for their founding patron, they are usually referred to as Omo Oduduwa ( children of Oduduwa) .This tribe existed as early as the 7th century with the Ile-Ife kingdom which is said to be the site of earth’s creation according to the local mythology. They were also one of the most urbanized groups of Africa and were already living in structured urban towns centered around powerful city states like Oyo before the Europeans came to the continent. They speak the Yoruba language which has a lot of proverbs , myths, poetry and stories passed down orally for generations

The Yoruba practiced an indigenous religion that involved many spiritual concepts on the manifestations of a supreme God and also many smaller deities known as orishas. Although most are Christians or Muslims today, many still practice the traditional religion or practice an integrated form of both religions. 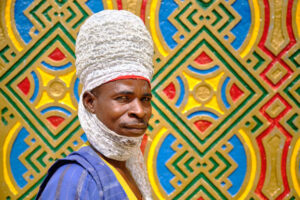 The Hausa are the largest ethnic group in sub Saharan Africa with a population over 80 million. They can be found in Nigeria, Chad, Niger, Cameroon and spread across other West African countries. The Hausas had seven successful kingdoms like the Kano emirate between Niger river and lake chad region. They developed an equestrian based culture where horses were a status symbol among the nobility.

The Hausas speak the Hausa language and were traditionally traders dealing in gold and leather goods. Today, most Hausa are still traders and are predominantly Muslim. 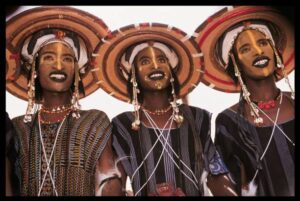 The Fulani or Fulbe people are spread across parts of west Africa. From the lake Chad region to Nigeria, Cameroun, Senegal, Mali, Guinea, and Niger they are the world’s largest nomadic people. Traditionally, they are cattle herders and traders. The men would usually look after the cattle and farms while the women tend to the household.

They speak the Fulfulde language  in several different dialects determined by the region they are settled in. Today many of them are settled in cities and towns but a significant percentage of their population are still pastoral nomads.

The Wolof people are a part of the medieval Wolof empire that was located in the Senegambia region. Today, they are majorly found in Senegal, The Gambia and South western Mauritania. Most of Wolof history has been preserved orally for generations through griots. The Wolof people migrated from Mali in the 11th century. Like a lot of tribes in this region they are a predominantly Muslim people with Islamic influences dating back centuries . They are also traditionally farmers and artisan, but have taken to practicing a variety of other professions as the influences of modernization become dominant.

The Mandinka are descendants of the old Mali empire and are majorly found in southern Mali, Eastern and the Gambia . With a total population of about eleven million, the Mandinka are a relatively large group. Their culture is rich in music and spiritual traditions with myths and origin stories passed down orally through generations . It has been said that the Mandinka likely migrated from Mali to search for more opportunities and better farmland. Most of them converted to the Islamic faith in the mid 19th century.

Still keeping with tradition today, their communities are somewhat autonomous and ruled by chiefs and a circle of elders .

Kunta Kinte, a popular character in the Alex Haley book Roots, was from the Mandinka tribe. 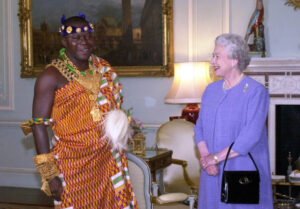 The Akan people are the largest ethnic group in modern day Ghana, making up over 47% of the country’s population. They also reside in ivory coast and are a popular west African tribe. They dominated gold mining and trade between the 15th and 19th century and were among the most powerful groups on the African continent. The Akan practice a matrilineal culture where the line of descent is traced from the female. They also predominantly speak Tiwi and other dialects of the Akan language.

They are further divided into sub groups like the Asanti,Akuapem, Akyem and Bono.

Akan art is well known for their skill of crafting bronze gold weights. Elements of their culture also include the Kente fabric and the adinkra symbols used in pottery and clothes.

West African tribes are so vast in number and diversity. However, these are the major ones you’re most likely to run into in any part of the world.