The Healing Dance of the San Tribe 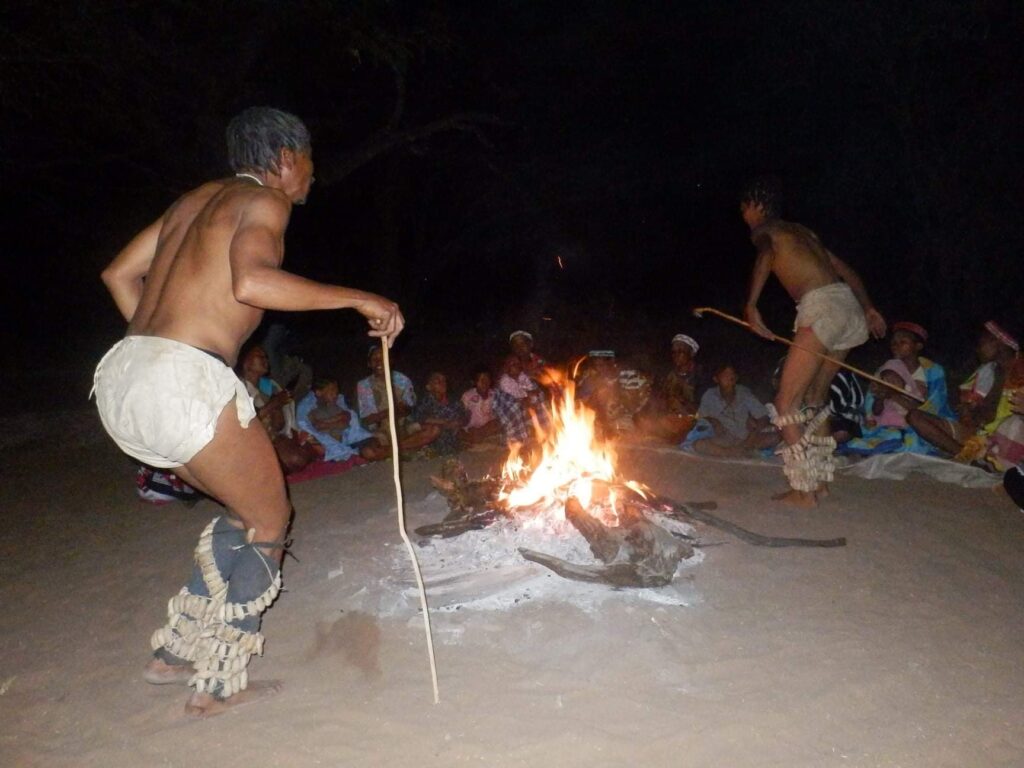 San tribe also known as the Bushmen are believed to have originated from one of the oldest surviving lineages of mankind. They are said to be one of the earliest settlers in South Africa. This tribe has been living in Southern Africa for at least 30,000 years and they are believed to be not only the oldest African tribe, but quite possibly the world’s most ancient race. The San have the most diverse and distinct DNA than any other indigenous African group.

Todate this tribe practices the healing dance which is a ritual-like event used to heal sick people and remove negative habits from them.

Led by healers and elders the community gathers around a fire for several hours which may translate to the entire night to clap, chant, sing and drum in an effort to entice and send the healer into the realm between human and spirit world. It is through the help of the music that the healer enters into a religious trance enabling them to heal all the sick people in attendance. The ritual leaves the healers in an altered state, where at times they may feel great pain to the extent of screaming during the dance.

The altercation may at times get so extreme that the healers cast themselves into the fire trying to save their people. It is in this altered conscious state that the healers experience healing energy and translate it to the sick people in attendance.

Trance dance is the most prominent cultural and religious practice that the san tribe practices. The healer’s touch the various ailing body parts relieving the sick people their suffering. This dance is also believed to help eliminate disputes and anger in the community.