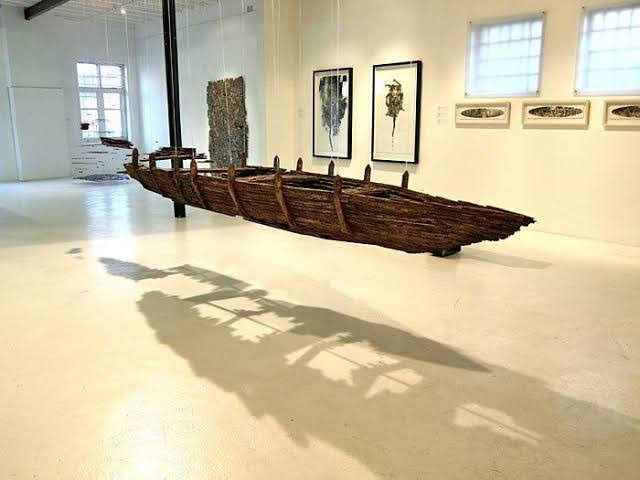 The Dufuna Canoe is the oldest boat to be discovered in Africa. It was first  found in 1987 by a Fulani herder who was trying to dig a well for his cattle; a little way from the village of Dufuna located in the Fune Local Government Area; sharing borders with the Komadugu Gana River, in Yobe State, Nigeria. The boat is the third oldest known canoe in the world. A Radiocarbon dating test done on a nearby sample of charcoal on the site puts the canoe date at 8500 to 8000 years old; which connects the site to Lake Mega Chad. The canoe is found in the state capital, Damaturu.

When the canoe was first discovered, it sent archaeologists into a state of excitement about the finding. The canoe which was unearthed following a joint effort of Nigerian and German archaeologists in 1994 at Dufuna; was a very important discovery, Because it changed several perceptions about ancient Africa. The boat was excavated from a depth of five meters underneath the earth’s surface and had a measurement of 8.4 meters in length, 0.5 meters in width and about 5 cm of thickness differing at particular parts of the surface. 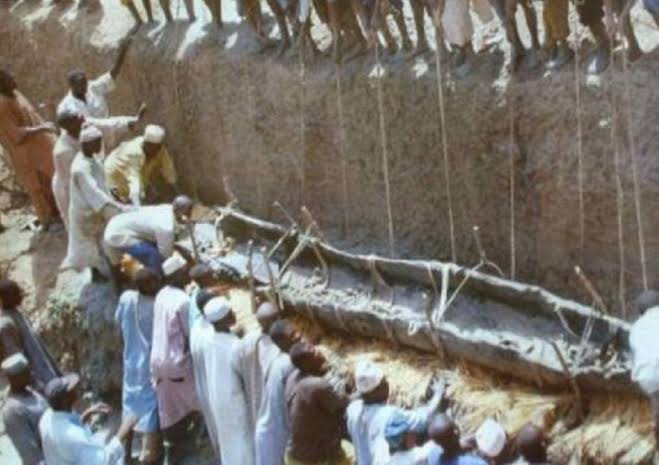 The boat’s age has been given as being 8000 years old (6000 BC). The canoe is classified under the Late Stone Age period (Neolithic Age); a time when humans stopped roaming the face of the earth to hunt and rather became herdsmen and farmers. This led humans to become modifiers to their environment, having complex social structures; in return they were faced with new problems and found avenues to deal whatever challenges arose. The late Dr. Omotoso Eluyemi a one-time Director of the National Commission for Museums and Monuments stated that; “The discovery of this boat is an important landmark in the history of Nigeria in particular and Africa in general.”

According to swifttalk, Not only does it prove that the area which is now a part of the Nigerian society was on the same level; (if not at an earlier stage) than societies of Egypt, Mesopotamia, and Phoenicia. This is another early sign with concrete evident that Africans have been leaning towards technological advancement to improve their environment and tailored it to their needs. According to Dr. Omotoso Eluyemi, the most important thing to draw from this discovery is; “the canoe has shown that people in the Niger area had a history of advanced technology and that they had mastered the three major items of Neolithic culture which included the fashioning, standardization and utilization of tools according to set traditions.” It is valid proof of transportation by sea and acts as indicators of some kind of long range commercial activities which are an evidence of existing political and economic structures.“ 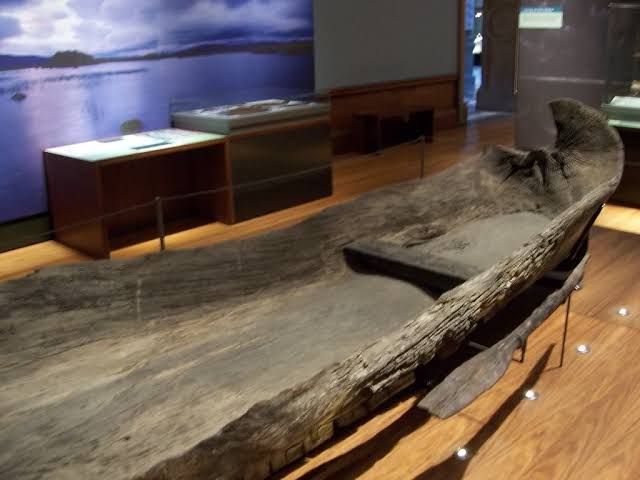 Benefits Of This Discovery

One enormous benefit of the Dufuna canoe discovery is it helped archaeologists create a connection between what was taking place in Nigeria; and in other parts of the world during that era. They were proofs to back this up, which were;

Archaeologists were more interested in the proof that some kind of advanced civilization existed around 6000 BC in the Lake Chad Basin. It has been well documented that based on the basic technology that was available during this era; the construction of the Dufuna canoe must have been a cumbersome task which required expertise, adeptness and intelligence. There must have put in a lot of work, skill and man hours for the production since iron tools had not been in existence then.

It is likely the Dufuna canoe must have been built near a river to make it much easier to transport over long distances. The cutting tools of flint found at Iho-Eleeru Cave in western Nigeria in the year 9200BC is further proof of the kinds of cutting and carving tools that were in use during the time of building the Dufuna Canoe. The Dufuna Canoe is one out of many numerous promising tourist sites that Nigeria is endowed with. There are still more lost artifacts to be unearthed in Nigeria.