The Six Forbidden Things In Barbados 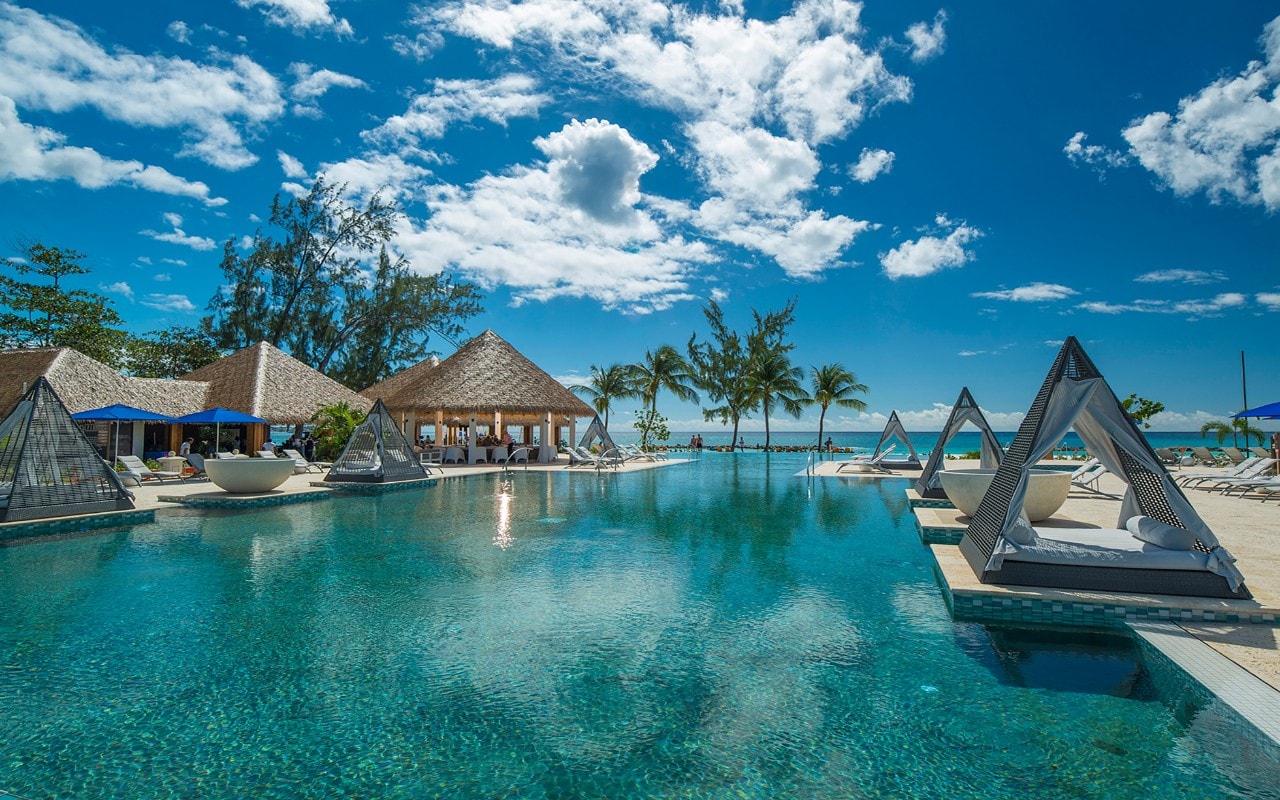 There are endless things to see and do in Barbados. With its stunning beaches, otherworldly caves, demanding golf courses, renowned restaurants and rich heritage, its no wonder the island is one of the most popular destinations in the Caribbean. However, there are a few cautions, caveats and conditions to keep in mind when visiting this vacation paradise. 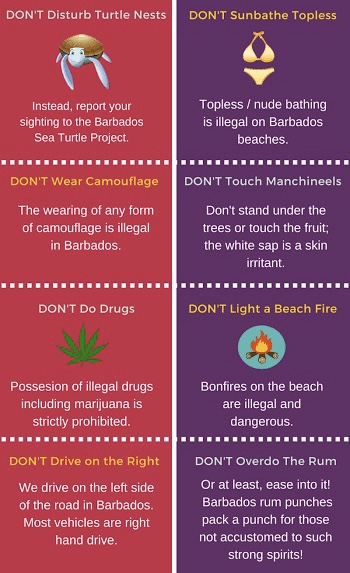 Barbados was founded as an independent state in 1966 after centuries of British control and the Island nation is mostly made up of generations of enslaved Africans kidnapped from the continent and forced to start new lives there.

Now, it is one of the most sought-after holiday destinations in the Caribbean known for its five-star luxury travel sites that are number one on the list of tourist attractions.

It is good to research about your holiday destination so as not to get in the bad books of the locals. Mostly people look out for what they can see or the tourist attractions they can visit.

The Island Has been reopened from the pandemic, and just invade Barbados is on your travel list, here are six forbidden things you should not do in Barbados.

That military pattern may be on-trend in the world of fashion, but you’d better leave any camouflage-wear at home if you’re Barbados bound. It’s actually illegal for anyone but the Barbados Defense Force to don this style here. Even toddlers in cute pink camo shorts are prohibited. Seriously. Visitors have had contraband camouflage clothing confiscated at the airport and have been denied entry at some attractions for this unwitting offense. You may not be arrested if you’re caught in an army fatigue bikini, but you may be asked to change.

Avoid the monkeys In Barbados

Monkeys are adorable in nature, but some refer to them as “hairy devils.” It is advisable to admire them from a distance because some can nab your jewelery off you in a second, grab your hair or even your food. Sadly, some locals have trained some monkeys to steal and it is hard to differentiate between those ones and the nice ones. 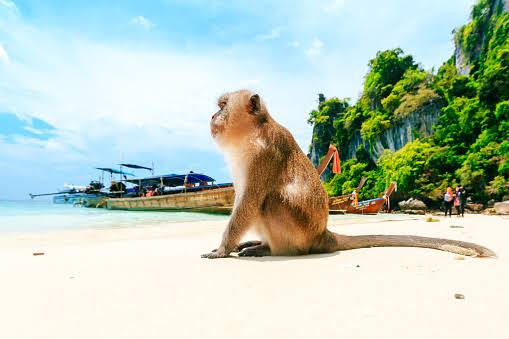 In Barbados you will be breaking the law if you are found nude in any public space. So, if you have dreams of skinny dipping on this beautiful Caribbean island then Barbados is not your vacation destination to do that. Also, sunbathing topless is out of the question. 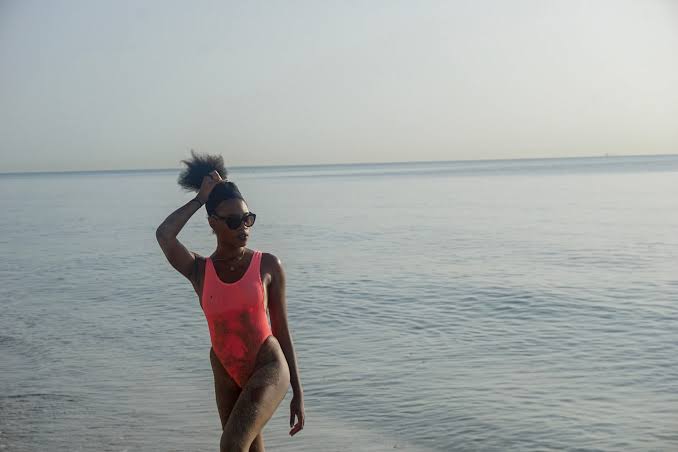 Do not swim on the Barbados East Coast

The East Coast of the Barbados looks like a page out of a fairy tale because they offer some of the most amazing views with beautiful landscapes. That part of the island has not been ‘destroyed’ by humans yet and it is spectacular. 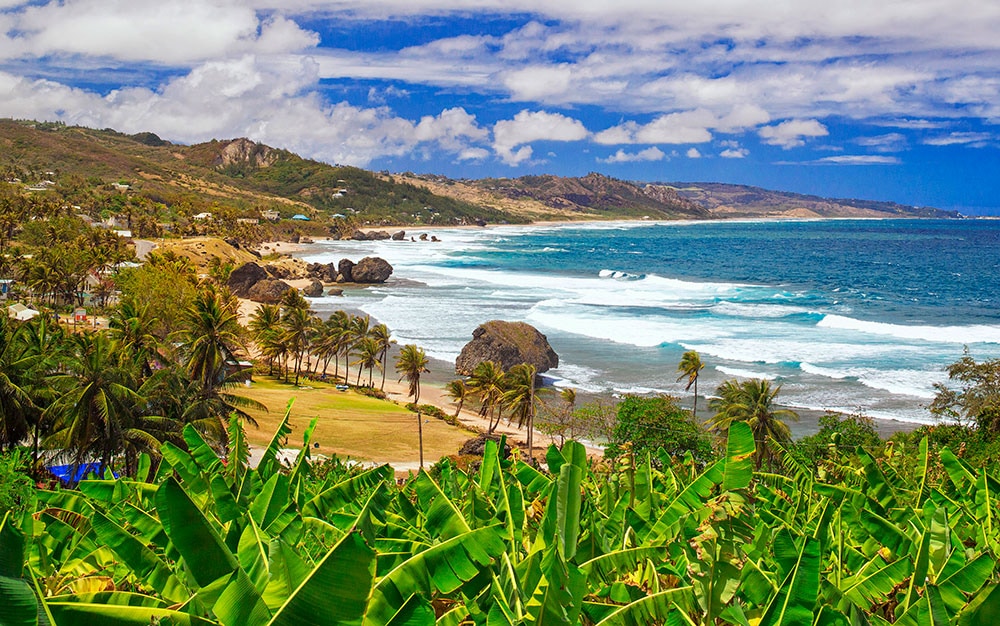 Nonetheless, the waters on this part are very strong with pounding surfs and can be too turbulent for average swimmers. So, swimming here will not be the best for you. When in need of some immersive swimming then opt for the more safe west coast and south beaches who have fully trained lifeguards on standby.

Do not sit under ripe coconut trees

It seems picture perfect to have a photo sitting in a hammock under a coconut tree but urban legend in Barbados has it that about 150 people are killed each year from falling coconuts. A ripe coconut weighs about four pounds and imagine it falling from about a 100ft high tree. The impact on the cranium could be lethal. 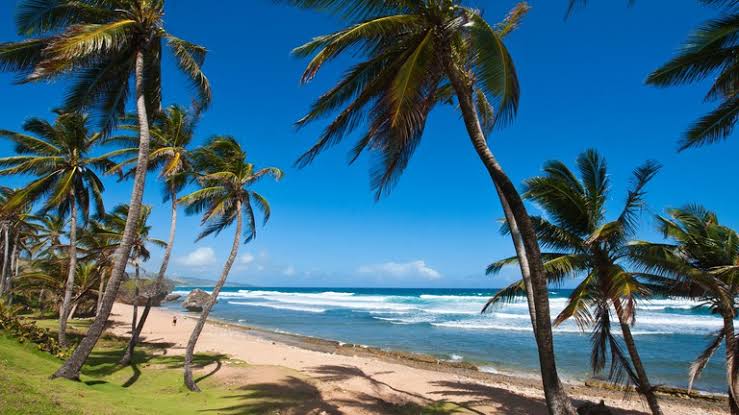 Those big shady trees with the little green apples look inviting and harmless enough, but manchineels are toxic. You don’t want to touch any fruit on the ground, or even sit under the boughs during a rain shower. 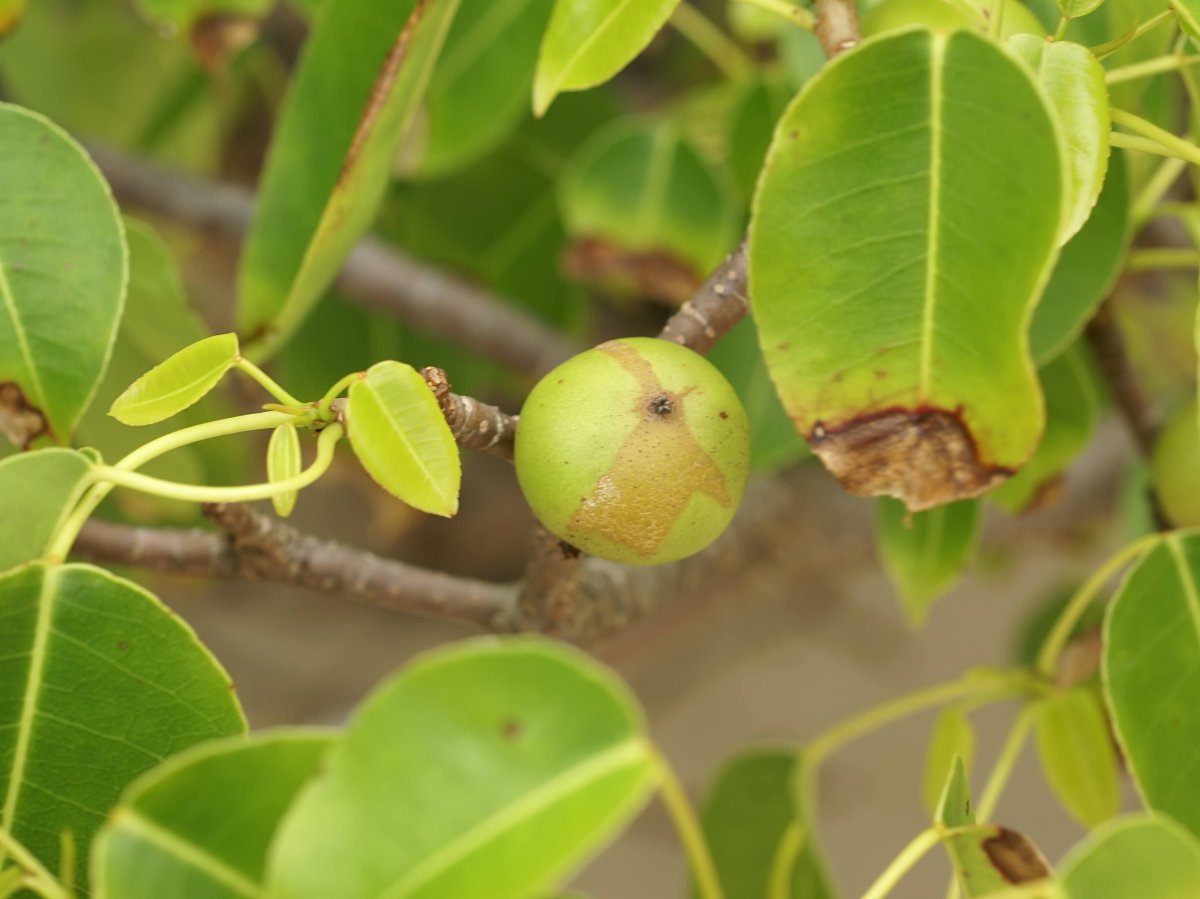 These trees contain a milky sap that can blister the skin on contact and cause blindness if rubbed in the eye. In fact, the Caribs used to use this on their poison arrows. Many manchineel trees on Barbados beaches have a warning sign on them or are painted with a red ring, but not all.