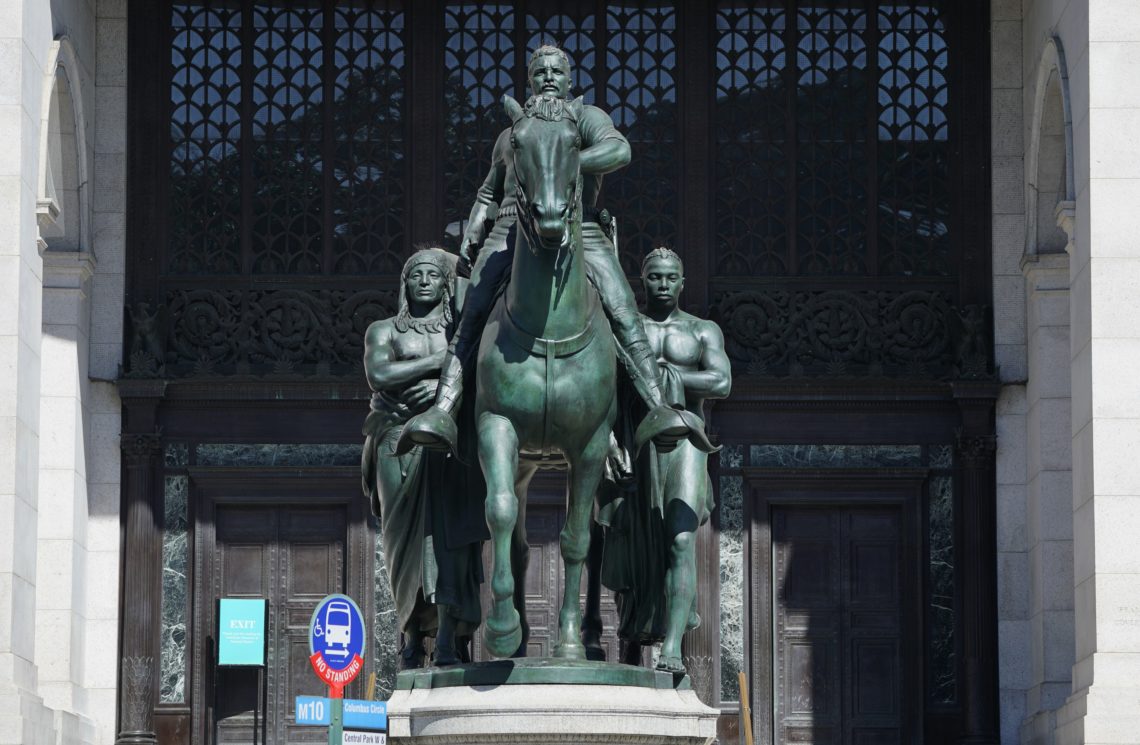 The Theodore Roosevelt Equestrian Statue, which sits on New York City public park land is seen in front of the The American Museum of Natural History on Central Park West entrance June 22,2020. - The American Museum of Natural History will remove the Theodore Roosevelt from its entrance after objections that it symbolizes colonial expansion and racial discrimination, Mayor Bill de Blasio said. (Photo by TIMOTHY A. CLARY / AFP) (Photo by TIMOTHY A. CLARY/AFP via Getty Images)
Share
Facebook Twitter LinkedIn Pinterest Email

On Sunday, Mayor Bill de Blasio announced that the statue, which symbolizes colonial expansion and racial discrimination; will no longer sit at the museum’s entrance. He said, “The American Museum of Natural History has asked to remove the Theodore Roosevelt statue; because it explicitly depicts Black and Indigenous people as subjugated and racially inferior. The City supports the Museum’s request. It is the right decision and the right time to remove this problematic statue.”

According to ABC News; the statue, which is located at the entrance of The American Museum Of Natural History; has been there since 1940 and depicts Roosevelt on a horse with a Native American man; and an African American man standing next to the horse.

Also, Ellen Futter, the president of the museum said; “We have watched as the attention of the world and the country has increasingly turned to statues as powerful and hurtful symbols of systemic racism.”

Theodore Roosevelt And Other Statues

Furthermore, Throughout the world, there have been various statues being taken down in response to the protests; and the Black Lives Matter Movement. Earlier this month protesters in the U.K. tore down the statue of slave trader Edward Colston.

Theodore Roosevelt IV, the great-grandson of the former president, said; “The composition of the Equestrian Statue does not reflect Theodore Roosevelt’s legacy. It is time to move the statue and move forward.”

However, It has not been determined when and where the statue will be moved.