The Story Of Idubor, The Giant Prince Of Benin, who Uproots Palm trees with his bare hands 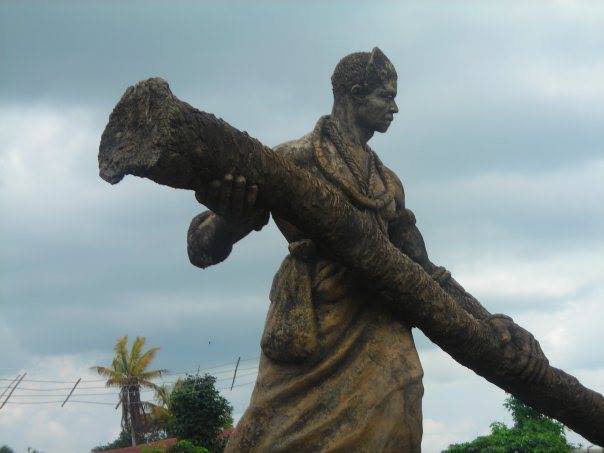 There are many mystical stories from all parts of Africa. Stories of humans with supernatural powers and one of such is the story of Idubor Arhuanran, the Giant prince of ancient Benin Kingdom, who could uproot palm trees with his bare hands, as told by the Edo People.

According to the Edo Historical Traditional Cultural Heritage,  during the reign of Oba Ozolua (between 1483 and 1514 AD), two of his wives, Oloi Idia and Oloi Ohonmi, gave birth on the same day. They both gave birth to sons.

On the other hand, Oloi Idia gave birth later in the day. Her son was given the name Osawe (He later became Oba Esigie).

Here’s where the drama started.

When Idubor was born, he did not immediately cry. In that era, it was inappropriate to announce the birth of a mute baby to the monarch. However, Queen Idia’s baby cried as soon as he was born and thus, his birth was reported to Oba Ozolua; who instantly declared him his first son, automatically moving Idubor to the number two slot.

Idubor, while growing up was very bitter about his predicament. On many occasions, he asked his mother if the king was his true father and why he callously took away his birthright in such a mean fashion.

Idubor (Arhuanran) grew up to be a giant. Legend has it that he uprooted palm trees with his bare hands, sweeping the ground with the fronds. He turned out to be a great warrior who had the overwhelming advantage of size and stamina.

Another Version of the Idubor Story

A different  version of this story reveals that Idubor and Osawe were not actually the eldest sons of Oba Ozolua. They had an elder brother, Ogidigbo, who was said to have become a cripple following a combat competition between him and his brothers. His disability disqualified him from taking over from his father. Citizens secretly pointed accusing fingers at Oloi Idia as being responsible for Ogidigbo’s calamity, using her mystical powers to ensure that her son, Osawe (Oba Esigie) clinched the crown.

The Sons Of Oba Ozolua

Before his demise in 1504, Oba Ozolua had already carved out dukedoms for his sons. This was to avoid anarchy in the next dispensation. As compensation, Arhuanran was therefore made the Duke of Udo; a town not too far from Benin.
Please, note that Idia’s role in the nullification of the first son Ogidogbo was not lost on Arhuanran, whose enmity towards his brother Osawe ( Oba Esigie) intensified that he even tried to assassinate him.

A noted warrior and conqueror of the fierce town of Okhumwu, Idubor Arhuanran was bigger and stronger, and could easily have trounced the weaker Esigie, whom Oba Ozolua had sent to attend the Portuguese mission school after his baptism.

War of the Sons

Arhuanran’s assassination attempts could have succeeded were it not for Idia who was reputedly skilled in magical arts and whom he knew was a formidable opponent he had to overcome.

Realizing he had to acquire supernatural powers if he wanted to take on Idia who was her son’s spiritual protector, oral tradition recounts that Arhuanran retreated to Uroho village to learn the art of black magic from an old sorceress, Iyenuroho (Okpewho).
That he chose a woman as teacher, is clear recognition that his opponent was a woman and that he had to learn the ways of female mystical powers to be assured of victory.

We should note that Esigie’s possible lack of combat experience, is the result of having to attend the school of Portuguese missionaries; rather than join his father in fighting wars.

Failing to accept the facts on ground, the Duke (Enogie) of Udo, Ahruanran refused to play a subordinate role to his brother, Oba Esigie; and at first, tried to make Udo the capital of Benin kingdom, with himself as king. It did not take too long before the two brothers went to war.

The war was difficult, bitter and long drawn out. It was not until the third campaign that Udo was defeated.

The third campaign was timed to coincide with the planting season, when Udo citizen-soldiers; who were mainly farmers, would be busy on their farms.

Meanwhile, Arhuanran had two sons Kpamabira and Oni-Oni. They were ruling alongside their father, but before the war, Kpamabira died.

Prior to the last battle with his brother, Oba Esigie, Arhuanran told his surviving son, Oni-Oni to stay at home and wait for his return; alerting his household to listen out for the sound of the magical bell that he placed somewhere in the house. He explained that if it chimed, they will know that his brother, Oba Esigie had won the battle.

Later on, as he fought in the war front, Arhuanran was shocked to see a young man fighting just like himself. Without thinking twice, he used a powerful incantation, commanding the sword to immediately kill the copycat fighter.

At that moment, the warrior died, only for Arhuanran to discover that the man who possessed his fighting skills, was none other than his beloved son; Oni-Oni. Arhuanran had no idea his son had sneaked along to join in the war. In rage and pain, Arhuanran intensified his onslaught on his brother’s army, until there was no winner in the battlefield.

When victory was not forthcoming, Arhuanran decided to run home on time, but his movements were not swift enough…

By this time, the magical bell at home was sounding and therefore, Udo people believed Oba Esigie had conquered their duke.

This perceived tragedy caused his wife to jump into a river close to the lake (Odighi). She died.

As soon as Arhuanran got home, he found out that his wife had jumped into the river. He was so sad. His sons were gone, now his wife…

Death of the Giant

A depressed Arhuanran also jumped into the lake. He did not want to be captured prisoner and taken back to Benin.

Before jumping into the lake, he left his Ivie (coral beads necklace), the precious symbol of authority in Benin land, dangling from a tree branch were it could be easily found. Only the Oba could inherit such trophies of dead or conquered leaders and nobles.

Now, Oba Esigie, out of excitement, wore his late brother’s necklace. He became mentally disoriented right after he put the necklace around his neck. Removing the necklace from his neck, made no difference.
The king was immediately taken back to Benin in that hopeless state.

His mother, Idia, immediately located a Yoruba Babalawo (mystic) at Ugbo/Ilaje; in the riverine area, and brought him to Benin to work on the king´s spiritual ailment.

He later cured the Oba of the shameful ailment and the Queen after rewarding him generously; prevailed on him, (the Yoruba mystical healer); to settle permanently in Benin, in order to continue rendering his services to Oba Esigie should the need arise.

The Yoruba traditional consultant agreed to stay in Benin and set up home at Ogbelaka quarters; where his descendants have thrived until this day.

Many believe that Arhuanran did not die inside the lake (Odighi). They claim he still comes out at night to parade the town of Udo, providing protection for his people.

Before now, the nights Arhuanran came out of the water, all the babies in Udo town would cry non-stop. This trend forced the people of Udo to appeal to Arhuanran spiritually.

After specific rituals, the children no longer cried when he came out of the lake.

Furthermore, the river the wife dived into, is directly opposite the lake. A road separates this river from the lake. Once every year, the river always crosses the road to meet the lake where Arhuanran committed suicide. 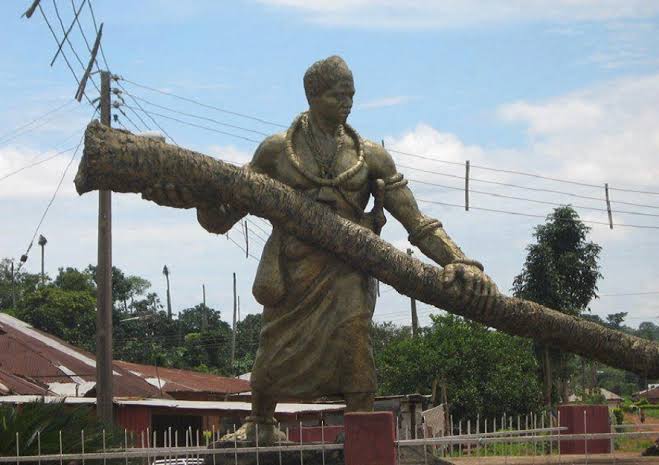 Even till now, it is forbidden to touch or drink the water from that lake. It is also forbidden to kill or eat any animal from or around the lake. The waters were declared sacred.

It was told that around 1955, a group of Udo people were returning from their farm when they saw a young boy; shooting birds close to the lake and the stone dropped into the lake. Immediately, there was a loud voice from the lake that sounded like thunder and many trees around the place shook; as a heavy wind blew. At that moment, the boy became sick and he was rushed home for treatment.
Udo town used that opportunity to tell the public that Arhuanran did not really die; but still lives in the lake; especially as there was never proof of his death.