The Story Of Princess Yennenga, The Mother Of The Burkina Faso People 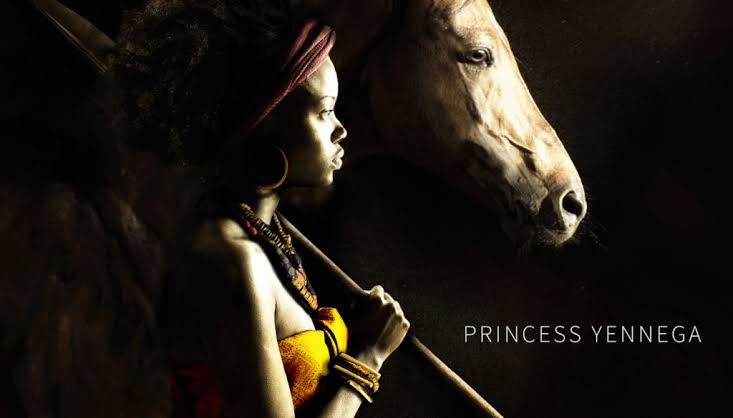 There a millions of untold stories about several African women who did extraordinary things. Much of Africa’s history has not been written or has been lost or twisted due to colonialism and the trans Atlantic slave trade. However, there are some stories that have been salvaged and has been told regardless, and one of such is the story of Princess Yennenga, the founder of the Mossi people of Burkina Faso.

More than 1000 years ago, the Mossi Kingdom in modern-day Burkina Faso did not exist.  Its existence came to pass when a princess ran away from her home, married and had a son with an elephant hunter. 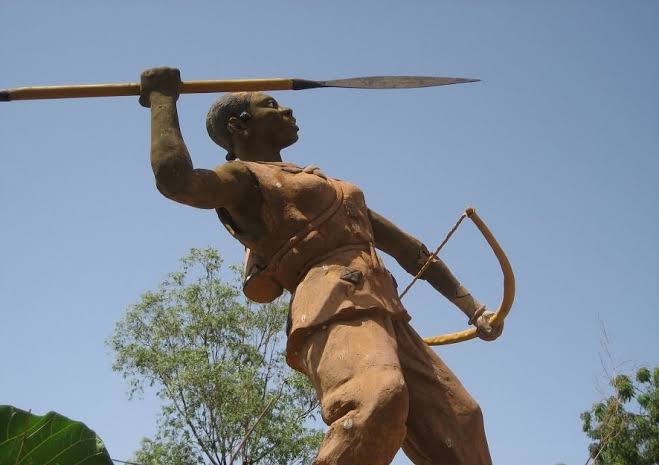 According to legend, Princess Yennenga was the beloved daughter of the Dagomba king, Nedega, who ruled in the 12th century. Not only was she beautiful, she was also a cultural icon and a warrior.

Her name, Yennenga, means “the slim” referring to her beauty. She was a woman with a strong character and an independent mind and beloved princess who from the age of 14, fought in battle for her father against the neighbouring Malinkés.

Not only did she have excellent skills with javelins, spears and bows, she also commanded her own battalion. Her prowess as a horsewoman and as a fighter made her revered by all and loved some more by her father.

When she reached marriageable age, her father refused to let get married for fear of losing his best warrior and daughter. Yennenga became sad because it was one of her dreams to get married and have kids.

As a way of showing her father her level of dissatisfaction with his decision, Yennenga planted a field of wheat and when they were ready, she let them rot in the fields instead of harvesting them.

When her father asked her why she let the wheat rot, she explained that he was doing the same thing to her by stopping her from getting married.

King Nadega imprisoned her for her insolence.

It is not said for how long Yannenga was locked up before she was saved by a horseman who dressed her up as a man and helped her escape. 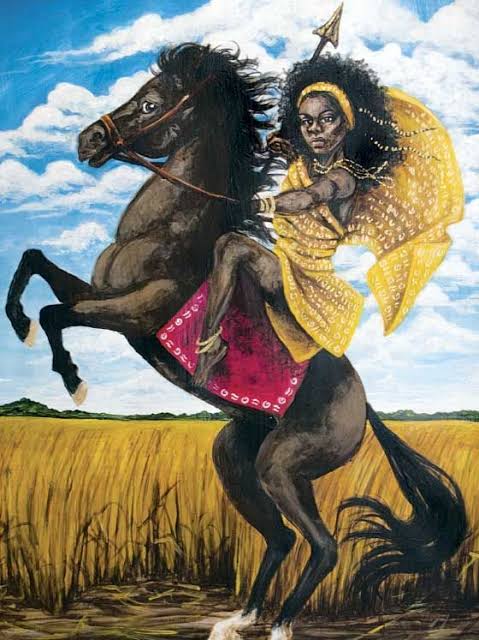 On their way, they were attacked by Malinke warriors. Her companion fought against the warriors, distracting them from Yennenga who was able to slip away and escape.  She rode north but was utterly exhausted.  After crossing a river, she headed to the forest where she met an elephant hunter called Riale.

Riale saw through Yennenga’s disguise and was captured by her beauty.  They fell in love and later had a son, whom they called Ouedraogo, which means stallion; In honor to the horse which leads the princess to Rialé.

Ouedraogo, upon reaching adulthood, left his parents home and travelled north, where he formed the kingdom of Tenkodogo, which is considered the cradle of the Mossi Kingdoms.

Mother Of The Mossi

Historians indicate that Ouedraogo visited his grandfather, King Nadega, who had been searching for his daughter all these years.  Upon discovering his daughter was alive, he ordered for a feast and even sent a delegation to request Yennenga to come back home.

Together with Riale, Yenenga was welcomed by her father, who not only oversaw the training of his grandson but also gave him a  cavalry, cattle and other goods, with which he used to set up his kingdom.

It is for this reason that Yennenga is called the mother of the Mossi people.  She has been honoured with a number of statues and roads have been named after her in Burkina Faso.  The Burkinabe national football team is called Les Étalons (The Stallions) after Yennenga’s famous horse.