The unfortunate story of Frank Embree, A 19-year old who was tortured and lynched for a crime he knew nothing about 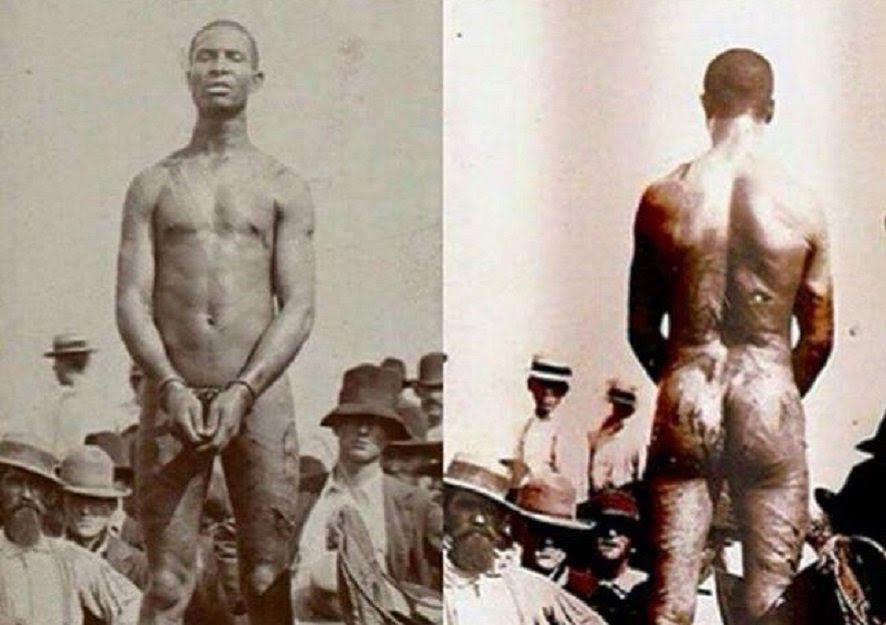 The unfortunate story of Frank Embree is a very alarming one; that exposes the defenselessness of being born black in the U.S., particularly during the days of slavery; its abolishment, and the Jim Crow era.

The treatment that Frank Embree went through before dying for a crime; he did not commit needs to be told over and over; to give more meaning and historical background to the grievance that numerous blacks are facing today, and stamp the need to advocate for justice for all and finally against racism.

On June 17, 1899, the 14-year-old daughter of Wood Dougherty was on her way to visit a colleague; when she was assaulted and raped by an unknown man believed to be an African who was tagged as the monster or the black brute.

The assailant was riding a horse that belonged to Frank’s Uncle by the name John Collins, and this made Frank the immediate suspect without questioning. Seeing that his life was in danger, Frank decided to go back to Kansas to live since he was just paying his Uncle who lived in Howard County a visit; Sadly the rape occurred during frank Embree’s visit to Howard county.

A huge advertisement offering a $300 reward for “Embree’s” capture after the victim’s father had disclosed that Embree was the attacker and had initially failed at getting him since he took off; According Patreon

The innocent Frank was being apprehended

The details of Frank’s capture are not clear. Though some reports say that he was apprehended by the intelligentsia in Kansas and taken to Gaol in Mexico before he was ceased by an angry white mob of over a thousand white people, other reports have it that Frank was leaving to Mexico when he was captured and stripped naked before being brought back to Howard County.

Nonetheless, what remains accurate is that Frank was captured by a furious white mob at a point and could not be protected by the intelligentsia who were greatly outnumbered.

His lynching was on the 22nd of July 1899 after he was captured; handcuffed and stripped naked and was forced to confess guilt. When the stripping did not work on Frank, he was then whipped a hundred and three times with a bullwhip that tore into his skin and caused severe bleeding.

Frank, was whipped 50 more times again before begging to talk. Seeing that he would die anyhow, Frank confessed to the crime he did not do; and pleaded that he is not burned to death and also requested that his parents are told about his death.

According to a report, Frank was castrated and made to eat parts of his manhood before he was finally led to an oak tree to be hanged.

Frank was allowed to pray, before his hanging. The 19-year-old boy prayed for his life and to be accepted into heaven and also prayed for his family and friends before he was hanged and shot several times. He was then abandoned and buried by fellow blacks in the Nebo Church cemetery.

They molded his crime to fit being guilty

The account of his crime was modified to fit the proof that he was guilty. In The Democrat Leaders’ editorial, the comment read: “His fate is a fair warning to all others who would commit such hellish crimes. The citizens of Howard County will not tolerate such. The negro was given no more than he deserved. Let others beware.” 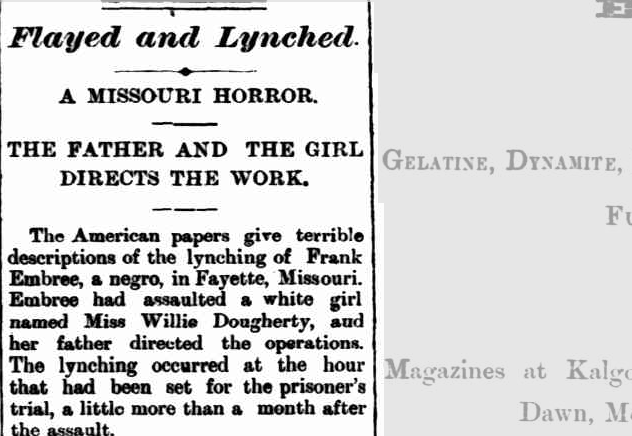 Sad Images of his hanging and lynching were made into postcards for the white community to celebrate his death, and his story was told repeatedly among the white community. After the lynching, the rape of white girls blamed on an unidentified black man did not stop. It gave proof to the fact that Frank Embree was innocent.

His story, like several others, has been concealed in history; to expose the unjust treatment meted out to young black people. Recently, his story is being turned into a movie.

The 100-year-old story of the lynching of Frank Embree was brought to life; by and coming to filmmaker Skinner Myers in an award-winning live-action short film.

Frank Embree powerful story masterfully told by Skinner Myers. It was an 8-minute film that tells the story beautifully, simply, and artistically.
It gives way to the audience to experience their emotional journey with how they relate to Frank Embree’s story.

With the success of recent true story films such as Hidden Figures and 12 Years a slave.  In this short film, Frank Embree’s story brought another intriguing, heartbreaking, and tale to life.

The Frank Embree movie was screened at the Playhouse 7 in Pasadena; CA as part of ShortsTV’s “Shorts From Around The World” theatrical release making it eligible for Academy;  and Guilds’ member’s consideration in all applicable categories.