The Untold Story of Ilimanyang Community; a Community That Does Not Sweat and Is Forced To Cool Themselves through Pouring Water on Their Bodies 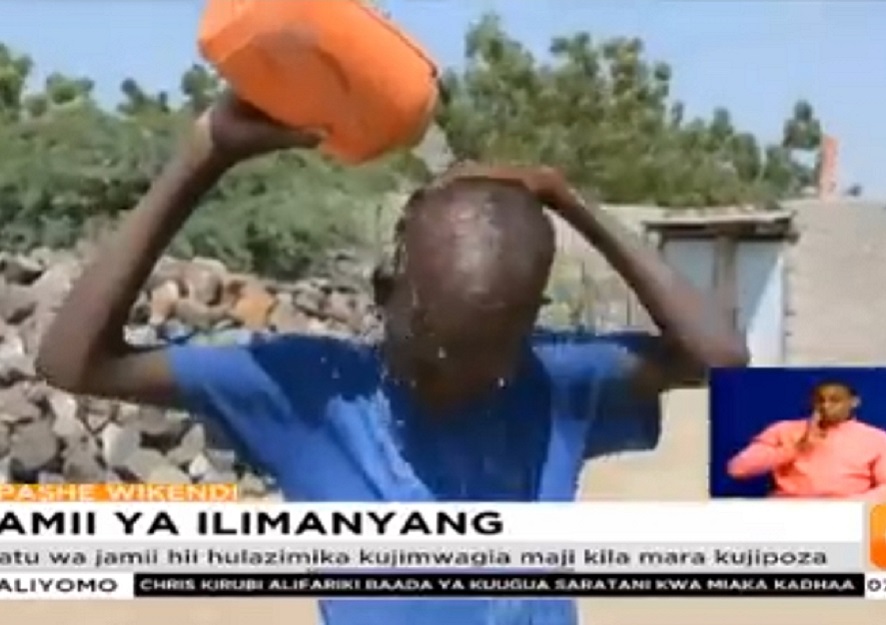 Sweating plays an important role in regulating the body’s temperature. Well, for the Ilimanyang community, a minority group that lives at the shores of Lake Turkana, in Kenya, they do not sweat since they are born without skin pores.

This community suffers from Anhidrosis, a rare disorder that prevents the body from naturally cooling itself through sweating. As a result of this, members of this community are forced to carry jerry cans of water to use in cooling themselves when the heat gets uncontrollable. Anhidrosis condition is passed down generations from father to sons in this community.

It is so severe that even the children have had to drop out of school to concentrate on surviving. Mothers of young boys have to be on standby when their children are playing to monitor the heat and pour water on their child when it gets out of control.

Initially this community had around 90 members but currently they only have around 40 remaining. Because of this disorder most male members of this community do not go past their 30th birthday.

Origin of the Ilimanyang Community

Origin of the Ilimanyang community can be traced back to when a Turkana man by the name Ilimanyang, married a woman from El Molo community, a minority group in Marsabit community. This gave rise to this minority group that besides the rare disorder, possess weird features such as having only two front incisors teeth and very dry skin.

The community believes that the rare disorder is a result of a curse passed down to them after their great grandfathers raided a community within Turkana County, killed and stole their livestock. Following this attack, the said community cast a spell on them bringing the disorder.