THERE WERE NO SLAVES IN ANCIENT EGYPT 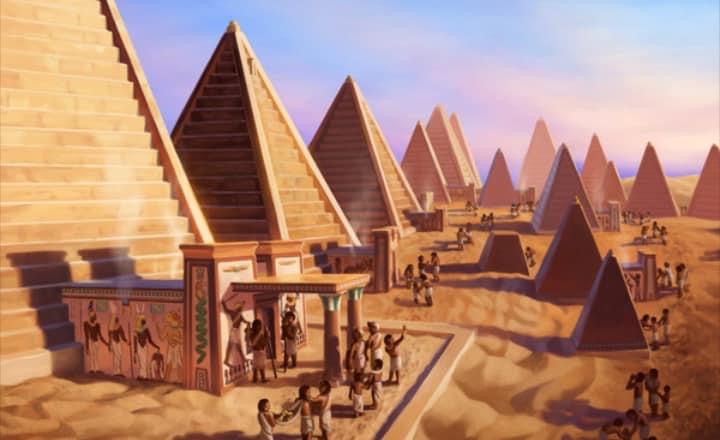 There were no slaves in ancient Khemet/Nubia, known today as Egypt. As in, people being bought, sold and flogged, it didn’t Exist. It’s a myth. If there were slaves, it came into existence after it was invaded by the Arabs, Romans or Greek. And this must have happened after the civilization was built by our African ancestors. Remember, this land wasn’t called Egypt by our ancestors. They called it, “Khemet / Nubia.” The ORIGINAL names.

According To Wiki: “Slavery in Ancient Egypt was established in the NEW Kingdom (1550-1175 BCE), with slave, servants, and peasants making up 80% of the population.” Not That This Information From Wiki Is Authentic, But Still It Didn’t Have Anything To Do With Black Egypt Known As “Old Kingdom”.

The people of ancient Khemet are well known for recording history. Khemet (Egypt) is mentioned in the Bible almost seven hundred times.

The ancient Khemetians/Egyptians had a language, and a writing system called, known as “Medu Neter” and it is very similar to Nsibidi. And this was before the lands got invaded by all the outsiders. Our Ancestors knew they were going to be invaded in Khemet, so they left great details of their Achievements. They even left great details of their skin colors. And labeled Sudan  “Land of Blacks” Just like Khemet means, ”Black land”.There are more pyramids in Sudan than in any place in Egypt. And there were also some pyramids found in Igboland. The Nsude Pyramids.

Before Any Civilization EVER came into existence, there were KWA-civilization scientists Who Moved Into TAMA Re/K(h)Mit a place known today as ‘Egypt’ as their Base Of Operations For Anti-Gravity-Procedures, SuperNova-Investigations, Sound-Cracking-Geometry With Interstellar-Draftsmanship, Chartering Pineal-Cone-Intelligence and birthed a place called Khemet.