They Call “My Children The N-Word,” Meghan Markle slams British bigots for their racist remarks about her children 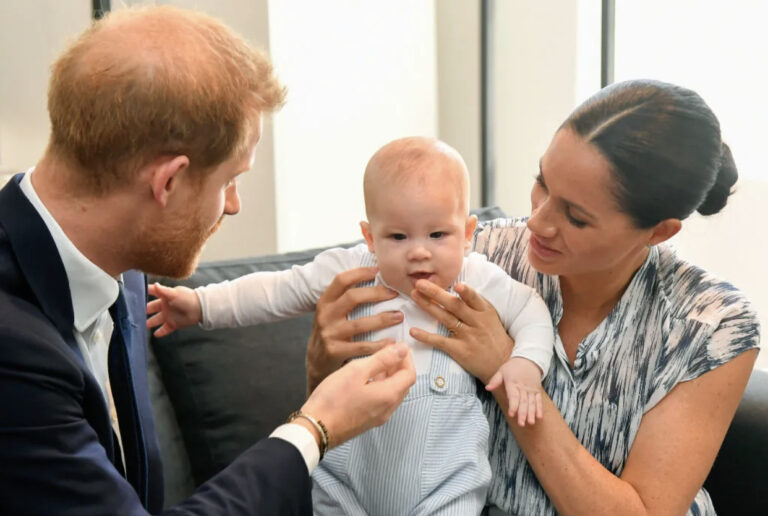 After Prince Harry, 37, and Meghan Markle, 41, announced their decision to step down as senior members of the British royal family, Markle, featured on the cover of The Cut’s fashion issue to describe her new life in California.

She also talks about becoming a mother to their two kids, Archie Harrison, 3, and Lilibet Diana, 1, as well.
Meghan Markle claimed that she detested being forced to share family images with British media sites and their irate readers who referred to her “children as the N-word.”

The Duchess was required to provide photographs of her baby Archie to the Royal Rota, the press group that covers Queen Elizabeth II and her line of succession, but Markle stated she feared doing it because the British were now targeting her firstborn with their racism.

“There’s literally a structure,” said Markle to Allison P. Davis for The Cut. “Why would I give the very people that are calling my children the N-word a photo of my child before I can share it with the people that love my child?”

“You tell me how that makes sense and then I’ll play that game,” the mama bear added.

Instead, Markle and Harry released pictures of Archie without first giving them to the Royal Rota on their official @SussexRoyal Instagram page, a controversial move considering that the couple was obligated to share the @KensingtonRoyal Instagram page with The Duke and Duchess of Cambridge, Prince William, and Kate Middleton.

As previously reported, there were “concerns and talks” about how dark her newborn boy’s complexion would be when he was born during Markle and Harry’s Oprah interview.

“Those were conversations that family had with Harry,” said the Duchess of Sussex.

Later, rumors surfaced that Harry’s father Prince Charles was the person asking the colorism question. Prince Charles’ representatives swiftly denied the rumor to The New York Post, stating, “This is fiction and not worth further comment.”

Meghan Markle expressed in her interview with The Cut her hope that Charles and Harry wouldn’t grow apart as a result of her and Harry’s departure from the royal family.

“Harry said to me, ‘I lost my dad in this process,’” Meghan recalled, referring to her relationship with her own father. “It doesn’t have to be the same for them as it was for me, but that’s (Harry’s) decision.”