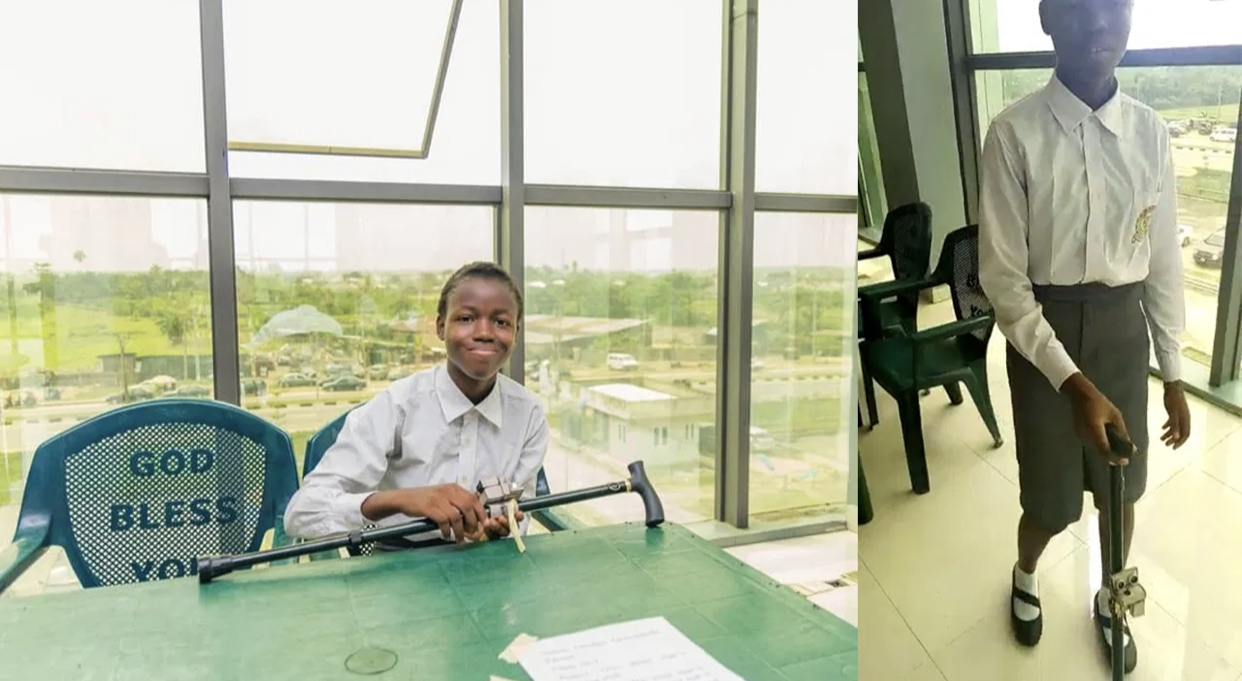 A 14 year old girl and a grade 10 student of the Tare Pet Montessori Group of Schools located in, Yenagoa, the capital of Bayelsa State – Nigeria; has innovated a a smart walking stick, a device to help the blind detect obstacles when walking.

The grade ten student, Favour Tamaramiebi Okiakpe; built the smart walking stick with features that enables the blind and the elderly to detect obstacles ahead of them; and to help them walk on the right path without stumbling. It is made up of a sensor which is turned on before movement. The stick also has an in-built capacitor and is chargeable.

Speaking to EyeGambia in an exclusive interview, Engr. Michael Tarerefa, the convener of the science exhibition themed Bayelsa Expo; which helps to harness the talents of these kids said; plans are underway to incorporate a solar cell into the smart stick.

“I’m trying to get her to include a small solar cell, so it’s self-charging; as one is using it in the daylight, the solar cell picks up energy from the Sun” Engr. Michael told EYEGAMBIA.

When asked to respond to questions on funding for the project, Engr. Michael said; “at the moment, we don’t have finance but we are hoping on getting some donations from friends and contacts” to support the project.

Favour is currently taking up a project to help solve a basic problem in her state and the country as a whole.

With this project, Favour aims to help households deal with wastage of water as described by the convener; “Here, most homes produce their own water from boreholes. It’s about stopping overflow of water when pumping when you’re not at home and maybe you forgot to switch off the socket when light went off, and in case you are out and power was restored, the project will be able to stop when the water is full, instead of flooding” Engr. Michael explained.