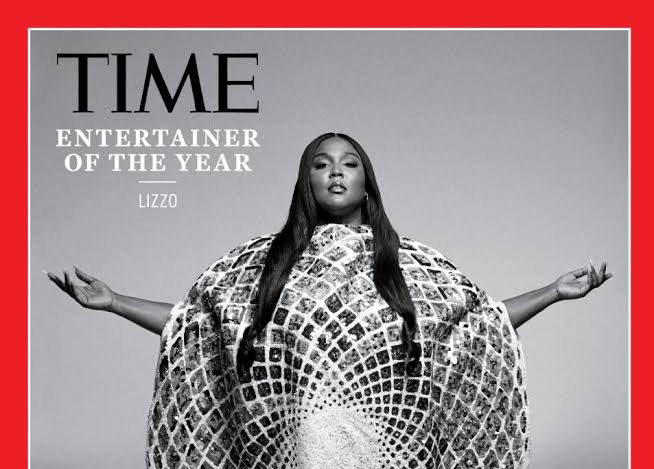 Lizzo has been recognized as Time’s 2019 entertainer of the year for her remarkable album, ‘Cuz I Love You’ and other notable movie roles like her character in Jennifer Lopez’s ‘Hustlers’.

Aside from chart-topping songs, multiple award wins and the most Grammy nominations of any artist this year—she can now add being crowned with a major honor from TIME magazine.

Lizzo is not an overnight success. She has been putting in the work long before now. It is her season!.

“I’ve been doing positive music for a long-ass time. Then the culture changed. There were a lot of things that weren’t popular but existed, like body positivity, which at first was a form of protest for fat bodies and Black women and has now become a trendy, commercialized thing. Now I’ve seen it reach the mainstream. Suddenly I’m mainstream!”

Despite being controversial especially in her choice of outfits, as she recently exposed her booty during a lakers game show.

The 31 year old is actually talented and entertaining. She also comments on criticisms concerning her body, saying she is learning to love her body.