Amazing! Top 11 African countries with the most curvaceous women 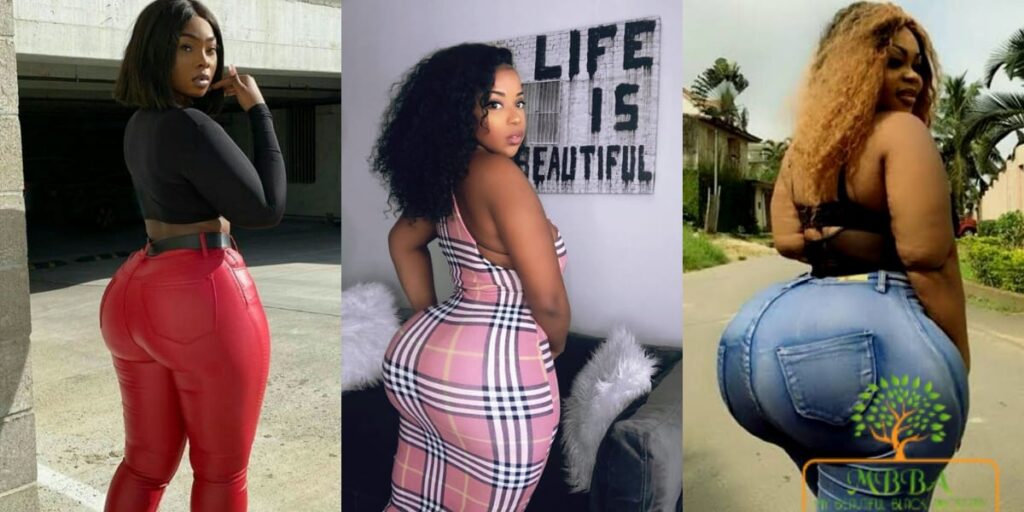 There are beautiful women all over the world but there is this exceptional attractiveness put on by women in Africa; endowed with the hourglass shape. Cool right? Yeah I know it’s cool.

Wait!! Before we proceed, it’s important to let our readers understand that we respect all body shape types. Also, the list given out here is based on our opinion. Therefore, your opinions and suggestions are highly anticipated.

Let’s ride on. There is a myth that says men are attracted to slim women and that they would prefer them to curvy shape women. Fortunately, this has been proven wrong over time because a larger percentage of men can hardly keep a straight face when they see an hourglass-shaped black woman pass by. Guess you thinking what am thinking?

Women in the Western world know the importance of this amazing body shape and that’s why most of them resort to surgical procedures in other to have that desired curvy shape. Surprisingly, this is not even necessary with African women as they are mostly very curvy naturally.

There are so many delectable women who have very stunning curvy shapes in different countries of the world but everyone knows how attractive African women are and this is why we are paying homage to them in this article. Before we proceed, check out these pictures of African women endowed with great African hips, and curves.

In this article, we reveal our list of African countries with great women’s curvy shapes. Without wasting much of our time, let’s get down to business.

Angola is a country bestowed with numerous mineral resources which include oil and diamonds.

The country is the 2nd largest oil and diamond producer in sub-Saharan Africa which attracts investors to the country every year.

Asides from the amazing natural resources at their disposal, another major visible natural endowment is the curvy Angola women.

Ethiopia is a beautiful country which attracts lots of tourists every year. Asides from the amazing tourist attractions, a major talking point is the curvy women of Ethiopia. They are not just curvy but also beautiful and attractive. They will spin any man’s head and make them drool in the wonder of their curves.

Zambian women are among the most endowed in Africa. They are not just beautiful, they are curvy and endowed in the right places. They are really a sight to behold and that’s why they are often referred to as the epitome of African beauty.

Somalia is recognized as one of the most dangerous countries to live in yet men find their way here for one major reason, the women. Somalian women are very beautiful and most are highly endowed and curvy. The women walk down the streets and men literally stop conversations because of their amazing hourglass-shaped bodies. The women in this part of the continent typically describe to the world who a true African woman is, no wonder they were ranked the country with the most beautiful women in Africa.

Liberia is known for having very beautiful and curvy women who are among the curviest in Africa. These women are blessed with thick thighs and curves in all the right places. No wonder the country welcomes so many male visitors every year.

This list won’t be complete without the inclusion of Ghana the gold coast of Africa. Some years back, Ghanaian women considered themselves attractive when they were round and adding weight. Fast forward to date, they now want to be referred to as curvy rather than plus size. Ghanaian women have a reputation for being very curvy, black, and beautiful. When men see them, they want to do anything for them so as to gain their attention. Ghanaian women are endowed in all the right places and some of the famous ones include Jocelyn Dumas and Peace Hyde.

It is already an established fact that African women are very beautiful and curvy. In respect to this fact, the giant of Africa, Nigeria, has its own fair share of very curvy and beautiful women who adds to the list of numerous hourglass shape women in Africa. These women have beautiful hourglass shapes, making them head-spinners, anytime, any day. The Nigerian movie industry, Nollywood, has a high number of curvy women including OmotolaJalade, Mercy Johnson, and Moyo Lawal.

In Zimbabwe, women of every size are appreciated but curvy women are more appreciated. In short, they are greatly loved that a song was majorly written and recorded for them to appreciate their curvy bodies and booties. Women in this part of the continent are greatly endowed, from thick thighs to rounded bottoms and curvy hips. These Zimbabwean women have it all in abundance. Some of the curvy famous Zimbabwean women include Candice and Misred.

Once upon a time, rumor had it that Kenya was void of beautiful women. That tale has since been found to be false as Kenya doesn’t just have beautiful women, it has some of the curviest women on the continent. A large percentage of women in Kenya are heavily endowed and very curvy. This fact is evident everywhere you go in Kenya. In fact, Kenya is blessed with very beautiful socialites, one of the most famous of them is Vera Sidika, the video vixen, and social media influencer. Lastly, they have well-toned, elegant, and intelligent women any man will want to die for.

It is no longer news that tourists wouldn’t just be visiting Uganda for the wildlife and nature parks, the curvy Ugandan women have been added to the list of reasons to visit the country. According to the country’s Minister for Tourism who announced the Miss Curvy pageant, they were grateful to God for the way they were created. To be factual, Ugandan women are bold, big, and very beautiful and this led to the introduction of the new pageant which is dedicated to celebrating curvy women in the country.

South African men love very curvy women and they are blessed to have women who are among the curviest in Africa. In South Africa, being curvy is normal and this calls for the reason to visit the country and see for yourself the perfect meaning to the phrase “bold and beautiful.” There are numerous curvy South African celebrities among them includes Faith Nketsi and Londi London.

There you have the 10 African countries with great curvy shapes. We want to know what you think, share your thoughts with us in the comments section. We will love to hear back from you.