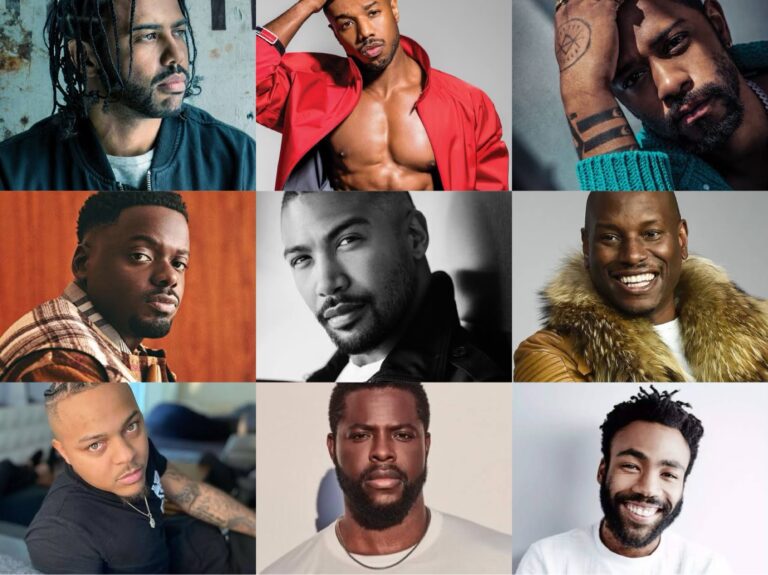 The following black actors under 50 are not listed in any particular order. We do not have any personal favorites because we celebrate all of them. These actors are not only famous but also wealthy. Apart from being actors, some are also singers, rapper and models.

Nick Cannon, 42, is a comedian, rapper, actor, and television personality. He started out as an actor by taking on a variety of roles in the television program All That. He has currently appeared in many movies and TV shows.

In San Diego, California, Nick was born on October 8th, 1980. He was raided by his paternal grandfather who played a major role in his upbringing. He is one of the most successful black actors under 50, and he currently has about a dozen kids including a net worth of about $30 million.

Michael Bakari Jordan was born in Santa Ana, California, on February 9th, 1987. He is one of the highly successful black actors under 50. His net worth is thought to be $25 million.

35-year-old Michael is a renowned actor and producer. He is well-known for his performances as Erik Killmonger in Black Panther, Donnie Creed in Creed, and Oscar Grant in Fruitvale Station. He worked as a model before becoming an actor for a number of businesses and brands, such as Modell’s sporting goods and Toys “R” Us.

39-year-old Donald,  is an actor, rapper, singer, writer, comedian, director, and producer, known by his stage name as Childish Gambino. Despite being under 50, he has made significant progress in his multifaceted career. Glover was born on September 25, 1983, at Edwards Air Force Base in California. He was born to  Donald Glover Sr. and Beverly Smith. Glover has also accumulated alot of money. His estimated net worth is $35 million.

A rapper, singer, and actor, Daveed. He is well-known for being a member of Clipping, an experimental hip-hop group from the United States. He was also nominated for a Tony Award for Best Actor in a Featured Role in a Musical for his work on the Hamilton.

Born in California’s Oakland on January 24, 1982, he was named the Hebrew pronunciation of David, which is Daveed. Since his acting debut in 2010, he has appeared in a lot of films and television programs. He is estimated to be worth 5 million dollars.

32 years old English author and actor Daniel Kaluuya is from the UK. He started his acting career as a teenager in improvisational theatre. He is best known for his roles in the films Get Out and Black Panther. Daniel was born on February 24th, 1989, in London, England. He was born to Ugandan parents. His father never saw him until he was 15 years.

Daniel has defied the odds to become one of the famous black actors under 50. His net worth is $15 million.

43 years old Actor and renowned stand-up comedian Kevin Darnell Hart started out by competing in amateur comedy shows at clubs. He landed his first acting gig in 2002 in the TV series Undeclared and the movie Paper Soldier. He is one of the black actors under 50 to watch out for. He was born on July 6th, 1979, in Philadelphia, Pennsylvania,and was raised by his mother, Nancy Hart. He has been married to Eniko Parrish and have four kids together with an estimated worth of $200 million.

John Boyega is an actor and producer. Began acting at Theatre Peckham, a local performing arts centre in London for talented children. He became famous for his role as Moses in the 2011 sci-fi comedy film Attack the Block. Boyega was born on March 17th, 1992, in Peckham, London, England. He is the son of Samson and Abigail Boyega and has two siblings, Grace and Blessing.  With his net worth of $ 8 million, he is one of the successful black actors under 50.

36 year old Winstone Duke is one of the talented black actors under 50. He started acting in 2014 and has been featured in Black Panther, Avengers: Infinity War, and Avengers: Endgame. He has also starred in various movies and television shows. Winston is Trinbagonian and was born on November 15th, 1986, in Trinidad and Tobago. He moved to the United States with his mother when he was 9 years. Duke’s net worth is $7 million.

At 38 year Charles Michael Davis is one of the best black actors under 50. He is an actor, model, producer, and director and has achieved significantly over the past years. Starring as Marcel Gerard on The Originals and Zane Anders on Younger, Charles was born on December 1st, 1984, in Dayton, Ohio, United States. He is of African American and Filipino descent and started acting in 2005 and has featured in several television series and films.

Tyrese Gibson is a 44 year old R&B singer, songwriter, actor, author, television producer and model. He is commonly referred to as Black-Ty and is undoubtedly one of the best black actors under 50. Black-Ty was born on December 30th, 1978, in Los Angeles, California, United States. His parents are Priscilla Murray and Tyrone Gibson. He was raised by a single mother after his father left. He currently has an estimated net worth of $ 6 million.

Lakeith is a singer and actor who made his film debut in Short Term 12, for which he was nominated for an Independent Spirit Award. The 31 year old was born on August 12th, 1991, in San Bernardino, California, but grew up in Riverside and Victorville.  With a net worth estimated between $1 million and $3 million, Lakeith is one of the successful black actors under 50.

Discovered by Snoop Dogg in the late 1990s, Bow Wow was born on March 9th, 1987, in Columbus, Ohio, United States. 36 year old Shad Moss is professionally known as Bow Wow and is a renowned rapper and actor. Shad is the son of Teresa Rena Caldwell and Alfonso Preston Moss. Bow Wow has starred in many films and television series. His net worth is estimated at $1.5 million.